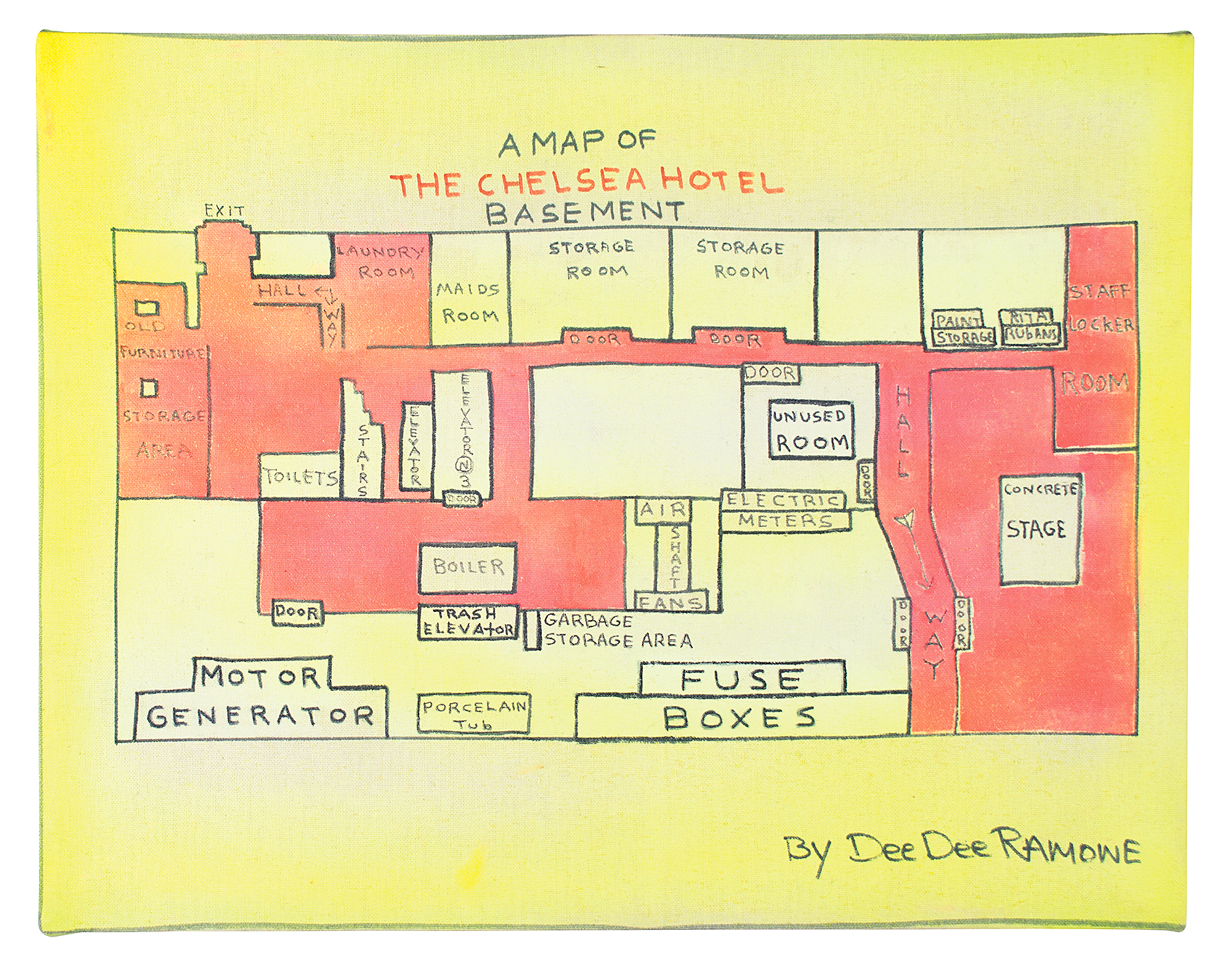 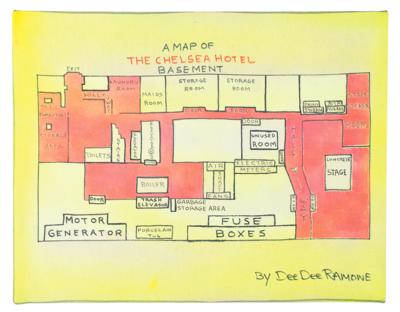 Original hand-drawn “Map of the Chelsea Hotel Basement” by Dee Dee Ramone, accomplished in red and black felt tip and hot pink and neon yellow acrylic paint on stretched canvas measuring 18 x 14, signed in the lower right corner, “By Dee Dee Ramone.” The overhead layout marks various rooms, fixtures, and access points, such as storage rooms, hallways, fuse boxes, toilets, elevators, motor generator, porcelain tub, and more, with the far right making note of a “Concrete Stage.” In fine condition. This hand-drawn map was obtained by Daniel Rey from Ramones artistic director Arturo Vega in the summer of 2002, not long after Dee Dee's passing. It was later displayed at the Grammy Museum at L.A. Live from September 16, 2016-February 28, 2017, and it includes the original box and inventory tag.

In the fall of 1992, Dee Dee Ramone arrived in New York from London and checked into the Chelsea Hotel, a long-time Bohemian haven for famous artists and musicians; it's also where Sid Vicious allegedly killed Nancy Spungen. During his time there, Dee Dee completed the first drafts of the book that would eventually become Poison Heart (Surviving The Ramones), as well as Chelsea Horror Hotel, a surrealistic horror novel in which Dee Dee was the main character. In the book, the basement of the hotel served as the climactic venue for Dee Dee, who, after dying from a heroin overdose, begins to descend into hell upon the “Concrete Stage” platform with an all-dead punk supergroup comprised of Sid Vicious, Johnny Thunders, the Dead Boys’ Stiv Bators, and the New York Dolls’ Jerry Nolan. This painting was an earlier version of the 'basement layout' that Dee Dee eventually used in the book. Chelsea Horror Hotel was published in 2001, one year before Dee Dee succumbed to his own demons.

This item is Pre-Certified by Real
Buy a third-party letter of authenticity for $30.00