The Ramones and Punk Collection of Daniel Rey

As a kid from New Jersey, Daniel Rey was eager to experience the lights and the loudness that sung like a siren from across the Lower Bay. He made the trip to NYC as a teen and beelined it to CBGB, a venue known for an underground music scene both cutting edge and nonconformist. It was there where Rey first encountered the Ramones, where he bore witness to the punk rock revolution, and where his life course was forever altered.

But Rey was not cut out for the role of spectator. He joined his own punk band, Shrapnel, which released a single in 1979 called ?Combat Love.? The song, which featured background vocals by his friend Joey Ramone, would prove to be the first of many collaborations between himself and the Forest Hill rockers. By the time he was ready to trade in his guitar for a mixing board, Rey had cemented himself as a New York punk rock fixture and a trusted member of the Ramones? inner sanctum.

After co-writing the song ?Daytime Dilemma (Dangers of Love)? with Joey Ramone, Rey made the jump from producing fledgling basement acts to working with legitimate punk rock royalty. He produced three Ramones albums?Halfway to Sanity, Brain Drain, and ¡Adios Amigos!?co-wrote numerous songs, including the 1989 hit ?Pet Sematary? and 1992?s ?Poison Heart,? and oftentimes served as a conduit or peacemaker between the band?s feuding members. Rey also produced Joey Ramone?s first and only solo album, Don?t Worry About Me, which was released posthumously in 2002, less than a year after his death.

Like George Martin, Brian Epstein, Derek Taylor, and Neil Aspinall before him, Rey had the unique distinction of becoming intimately connected with a world famous band. One of the storied ?5th Beatle? members he was not, but Rey was most certainly on the short list for the ?5th Ramone,? a nomination personally applied to him by the band?s late frontman. In addition to the Ramones, Rey has worked with several notable musical acts, including White Zombie, The Misfits, Entombed, Richard Hell, and Ronnie Spector. He also recorded the theme song to Todd Solondz?s cult comedy Welcome to the Dollhouse.

Amassed during his nearly 30-year working relationship with the Ramones, Rey?s collection holds a veritable treasure trove of early punk rock keepsakes, which includes posters, invitations, handwritten lyrics, and incredible stage-used equipment and instruments, the bulk of which is spotlighted by Johnny Ramone?s go-to Mosrite Ventures II electric guitar?which he played at every Ramones performance and on nearly every Ramones recording until his retirement: from November 1977 through August 1996, for a total of 15 albums and approximately 1,985 shows?and an insanely rare stage-used Electro-Harmonix Mike Matthews Freedom Amp, one of two ever made, which was instrumental in the Ramones nailing down their patented punk rock sound. 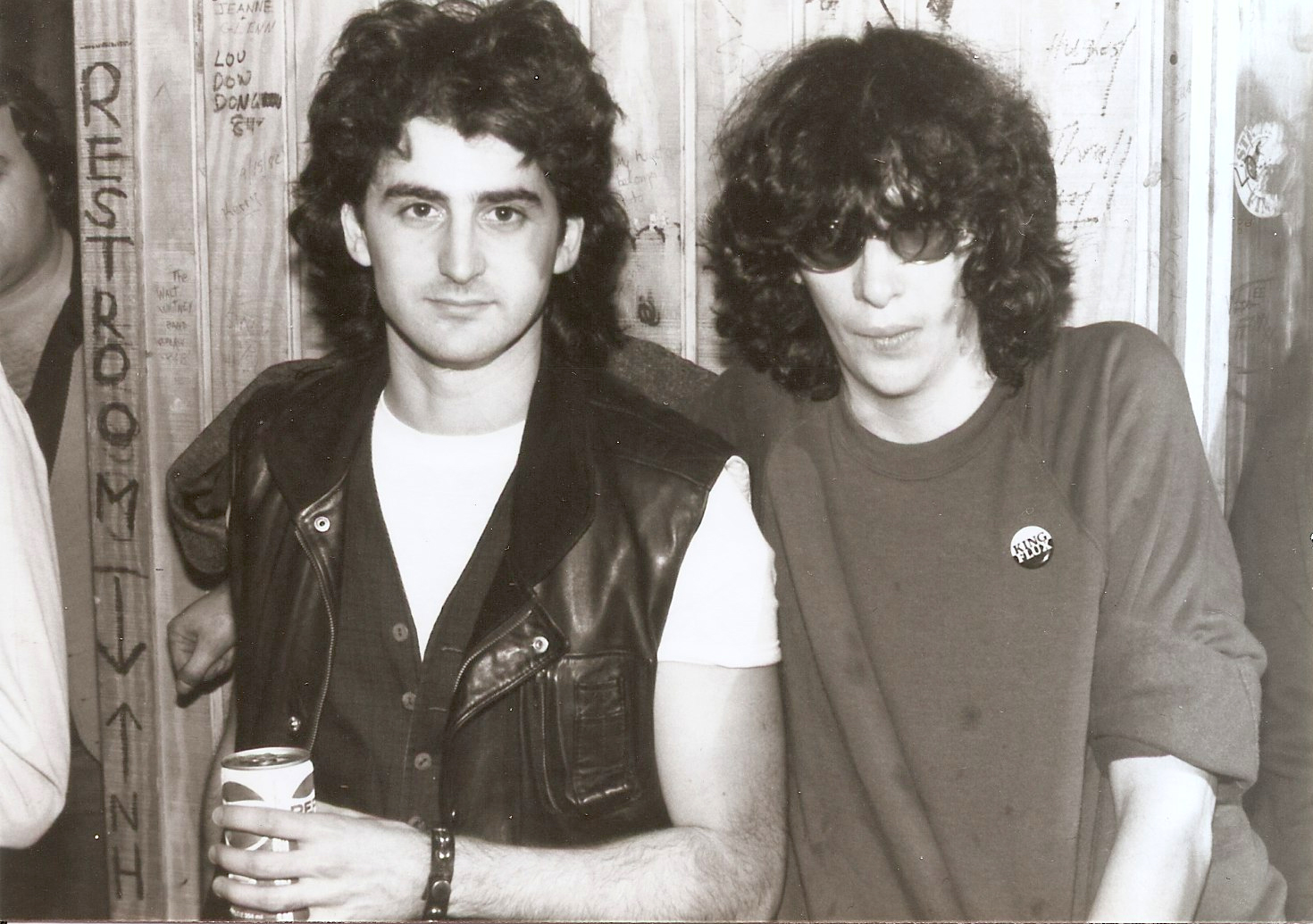