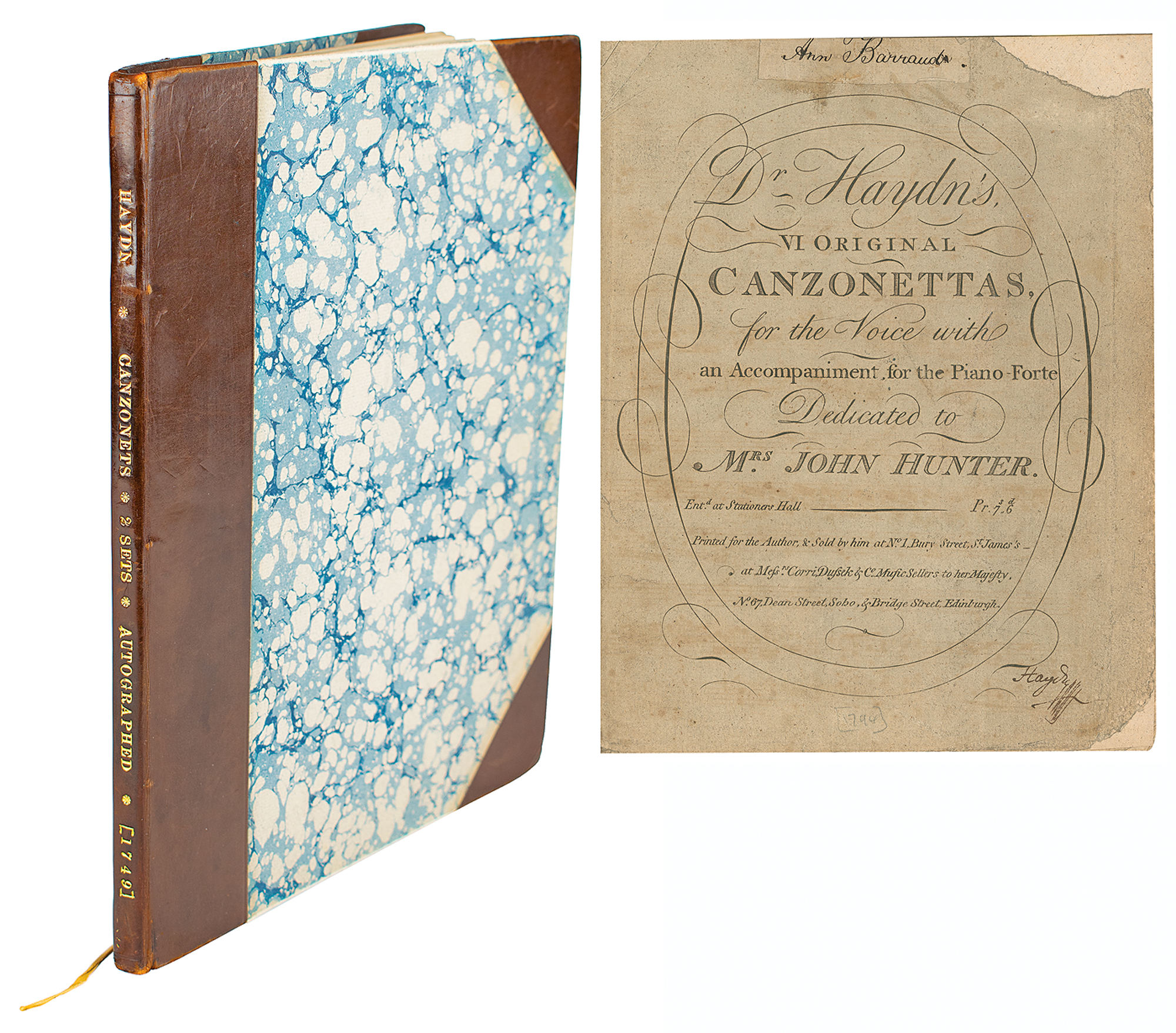 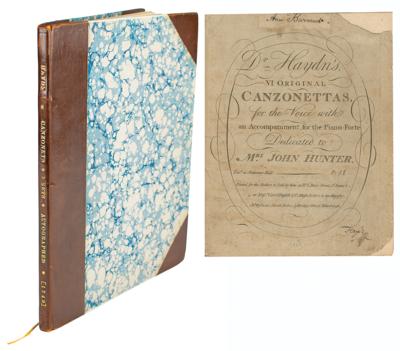 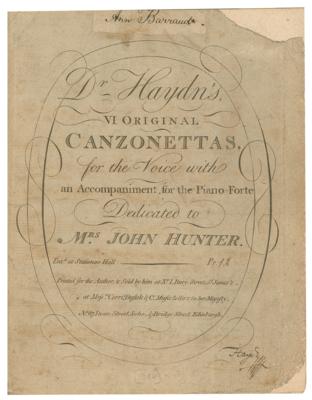 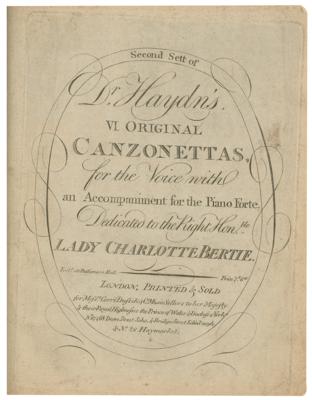 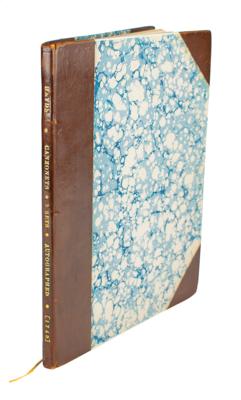 Austrian musician (1732-1809) who takes a place among the first rank of composers in the history of Western music. The sheer magnitude of his gift, along with his seemingly inexhaustible industry, resulted in one of the largest and most significant bodies of work by any single figure. His mastery of two forms, in particular—the string quartet and the symphony—practically defined the Classical style and exerted a potent influence on all composers who followed, most notably Wolfgang Mozart and Ludwig van Beethoven, both of whom were intimate acquaintances of the older composer. Exceptionally rare signed music score for ‘Dr. Haydn’s VI Original Canzonettas, for the Voice with an Accompaniment for the Piano-Forte,’ with dedication to Mrs. John Hunter, ‘Printed for the Author, & Sold by him at No. 1 Bury Street, St. James’s, at Mess’rs Corri, Dussek & Co., Music Sellers to her Majesty, No. 67, Dean Street, Soho, & Bridge Street, Edinburgh,’ no date but circa June 1794, 9.5 x 13, 31 pages, signed in the lower right of the title page in bold ink, “Haydn.” The score contains six songs—I. 'The Mermaids Song,' II. 'Recollection,' III. 'A Pastoral Song,' IV. 'Despair,' V. 'Pleasing Pains,' and VI. 'Fidelity.' Lavishly bound with the unsigned "Second Sett of Dr. Haydn's Original Canzonettas" in quarter dark brown calf with marbled blue boards, and the spine titled in gilt. In very good to fine condition, with light overall soiling, and professional restoration to two missing corners of the signed page.

The text for Haydn's settings were provided by the dedicatee, Mrs. John Anne Hunter (1742-1821), a poet and wife of famous London surgeon John Hunter (1728-1793). She entertained some of the finest leading literary, musical, and artistic figures of the time at her salon, and it is thought that this is how she was first introduced to Haydn in 1791, during his first visit to England. The best known songs from their collaborative efforts are 'The Mermaid's Song' and 'My Mother Bids Me Bind My Hair,' both of which are still performed today.


From the collection of Stephen Adamson.