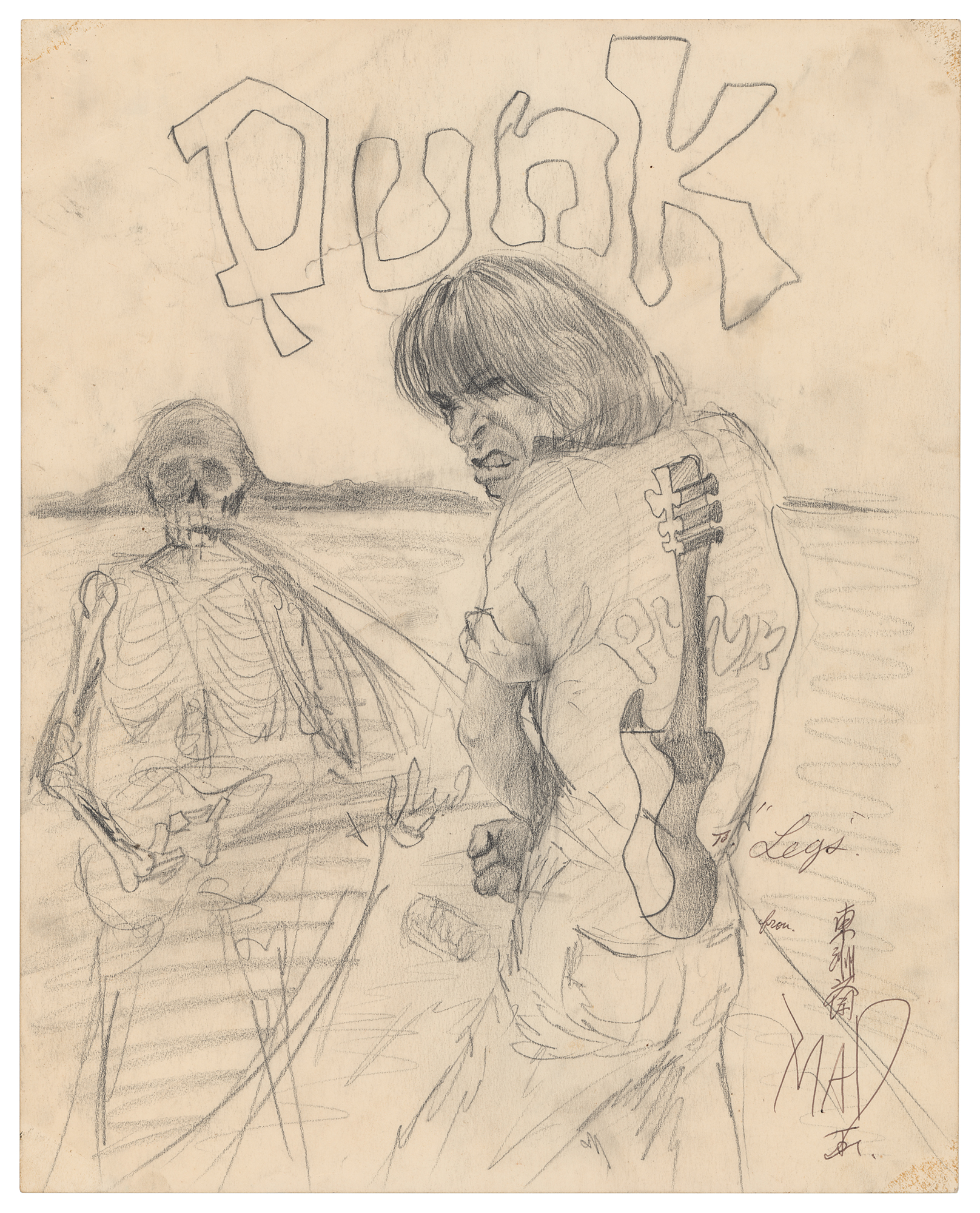 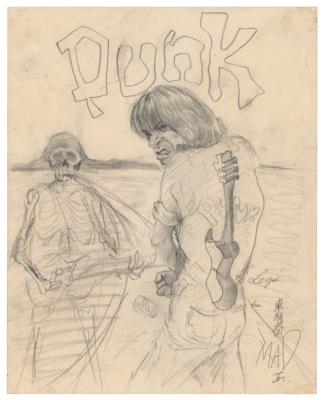 Fantastic original sketch by acclaimed special effects artist Screaming Mad George, accomplished in graphite on an off-white 11 x 14 sheet of illustration paper, signed and inscribed in the lower right in black ballpoint, “To ‘Legs,’ from MAD,” who writes his name in Japanese. The drawing, ostensibly a rough draft for a Punk Magazine front cover, depicts a strange encounter between a man, possibly the recipient “Legs,” and a skeleton, which appears to show the grimacing ‘punk’ absorbing the lifeforce of a guitarist. In very good to fine condition, with two tears to the word "Punk."

Roderick Edward "Legs" McNeil is an American music journalist (born 1956) who is one of the three original founders of the seminal Punk magazine that gave the movement its name. In addition to being a former editor at Spin and editor-in-chief of Nerve Magazine, McNeil has co-authored the books Please Kill Me: The Uncensored Oral History of Punk and I Slept with Joey Ramone (A Punk Rock Family Memoir).

Japanese artist Joji Tani (born 1956), known as Screaming Mad George, moved to New York in the late 1970s and quickly attracted attention as both an artist and musician. It was as a student at the School of Visual Arts that he first connected with Punk Magazine, where he published surrealist-inspired drawings, some of which were included in the Punk Art show in Washington D.C. Screaming Mad George's particular style was evident not only in his drawings and paintings but also in the extremely theatrical performances of his rock group, The Mad. Using heavy make-up and special effects, performances climaxed in orgies of blood and gore involving castration and disembowelment. SMG has since gone on to create special effects for films like Predator, Big Trouble in Little China, Freaked, and Society, in addition to working with rock artists like Japan X, Marilyn Manson, and Slipknot.