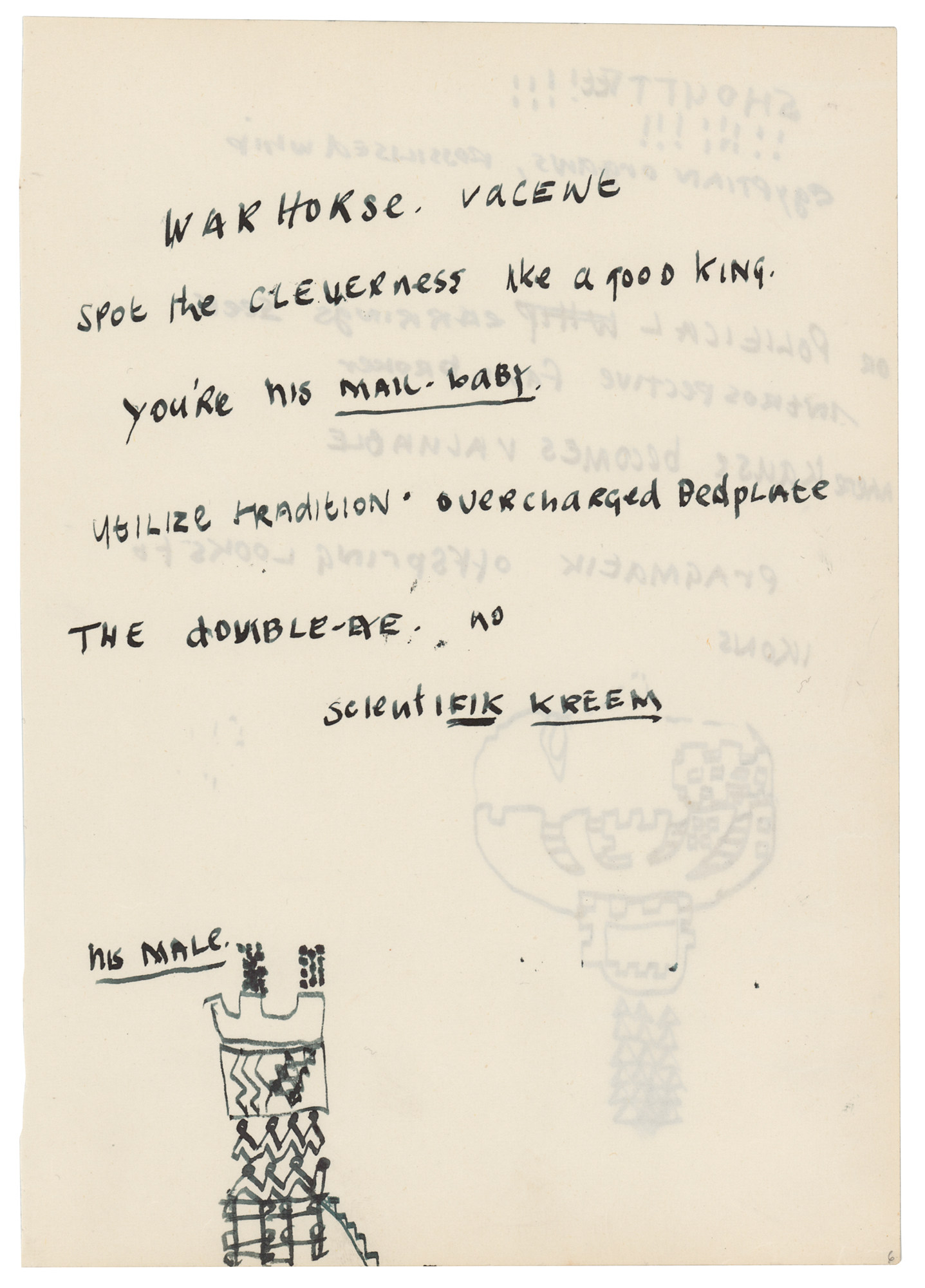 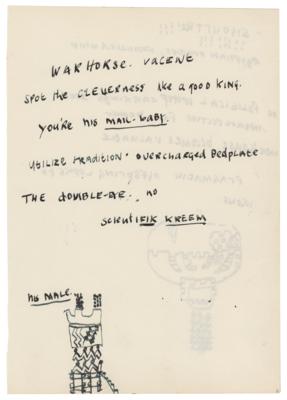 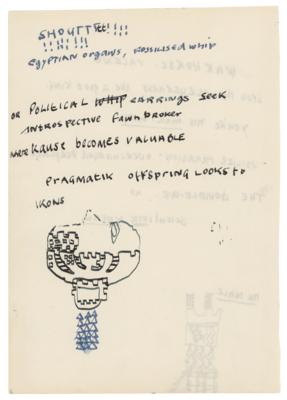 A double-sided 5.75 x 8.25 page of fountain pen notes and sketches by Stuart Sutcliffe, removed from a sketchbook used by Sutcliffe during the period in which he studied under the tutelage of Eduardo Paolozzi in Hamburg, Germany in October 1961. The front of the sheet reads, “War horse, vacene, spot the cleverness like a good king, you’re his mail-baby, utilize tradition, overcharged bedplate, the double-eye, no, scientifik kreem, his male,” and bears a sketch below; the reverse reads, “Shouttttt!!!!!!!!!! Egyptian organs, fossilised whip, or political earrings seek introspective fawn broker, where kause becomes valuable, pragmatik offspring looks to ikons,” with another unusual sketch of various geometric shapes featured below. In fine condition. Accompanied by a certificate of authenticity from Tracks. On the constant urging of roommate and Liverpool College of Art classmate John Lennon, Stuart Sutcliffe joined The Quarrymen in late January 1960, purchasing a bass guitar with money he earned from selling one of his paintings. Along with Lennon, Sutcliffe is credited with creating the band name 'Beetles,' an ode to Buddy Holly and the Crickets.