Cornwallis in Calcutta—"The army in Bengal is in a most wretched state, particularly the Europeans; you can conceive nothing so bad" 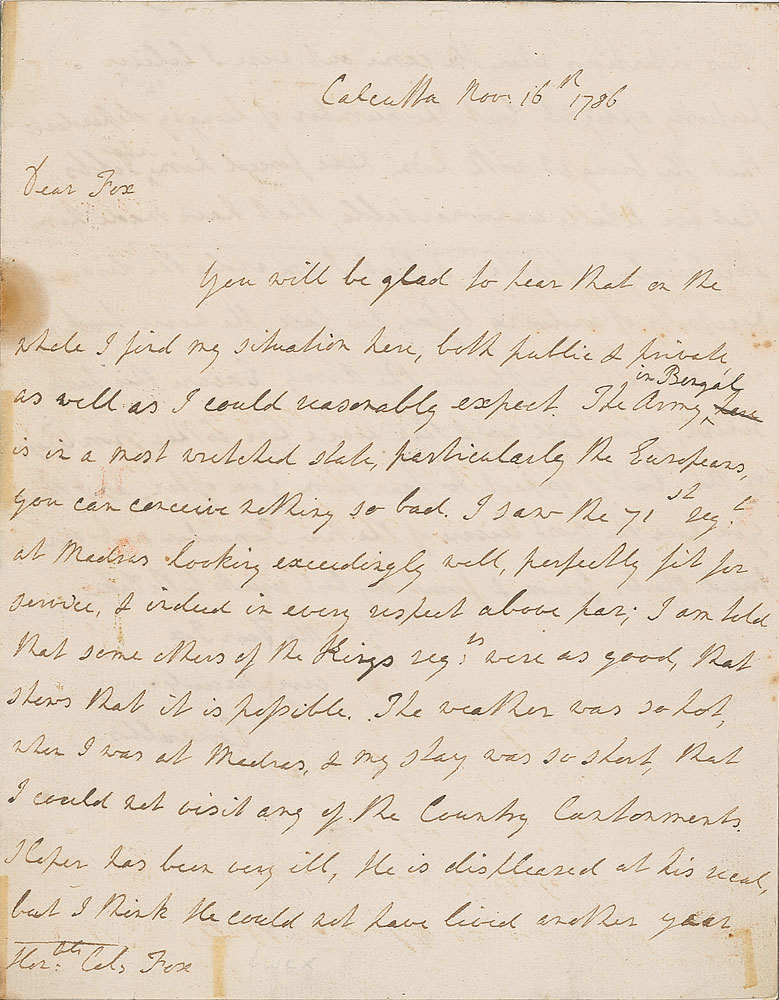 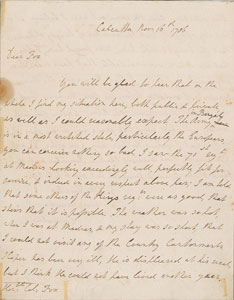 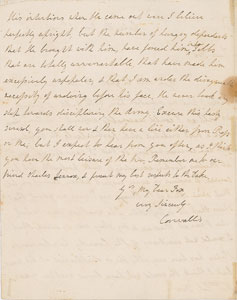 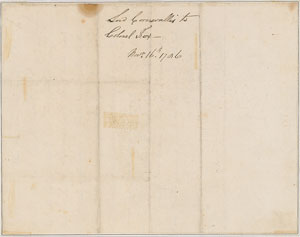 Cornwallis in Calcutta—"The army in Bengal is in a most wretched state, particularly the Europeans; you can conceive nothing so bad"

ALS signed “Cornwallis,” one page both sides, 7.25 x 9.25, November 16, 1786. Written from Calcutta, a letter to Colonel Fox, in full: "You will be glad to hear that on the whole I find my situation here, both public and private, as well as I could reasonably expect. The army in Bengal is in a most wretched state, particularly the Europeans; you can conceive nothing so bad. I saw the 71st at Madras, looking exceedingly well, perfectly fit for service, and, indeed, in every respect above par; I am told some others of the King's regiments were as good; that shows it is possible. The weather was so hot when I was at Madras, and my stay was so short, that I could not visit any of the country's cantonments. Sloper has been very ill; he is displeased at his recall, but I think he could not have lived another year. His intentions when he came out, were I believe perfectly upright, but the number of hungry dependents that he brought with him, have forced him into jobs that are totally unwarrantable, that have made him excessively unpopular, and that I am under the disagreeable necessity of undoing before his face. He never took any steps towards disciplining the army. Excuse this hasty scrawl; you shall now and then have a line either from Ross or me, but I expect to hear from you often, as I think you have the most leisure of the two. Remember me to our friend Charles Lennox, and present my best compliments to the Duke." In very good to fine condition, with some scattered stains, including three thin tape stains along the hinge.