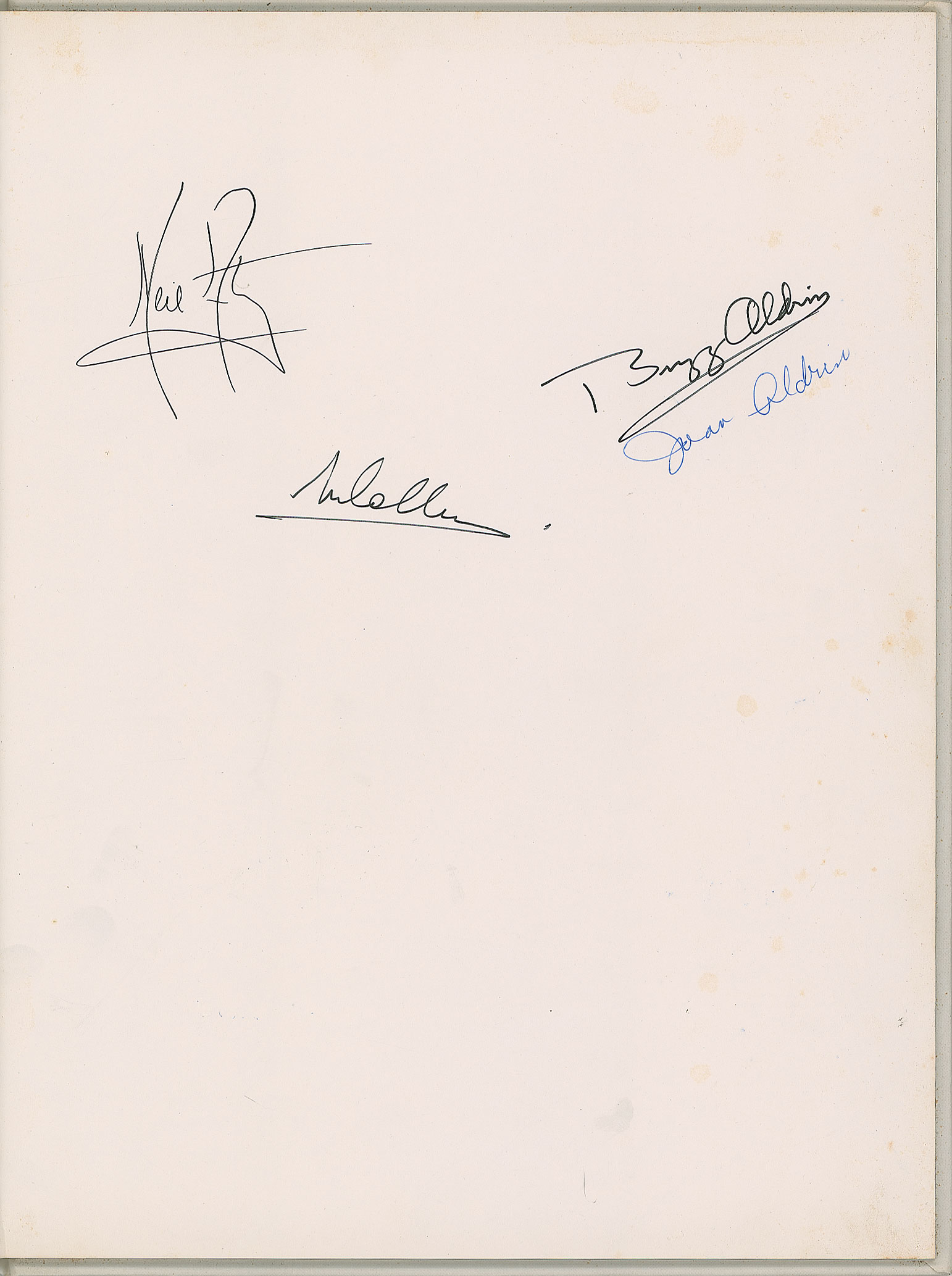 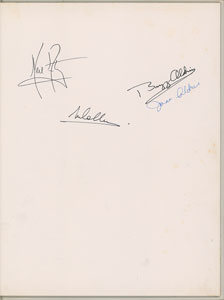 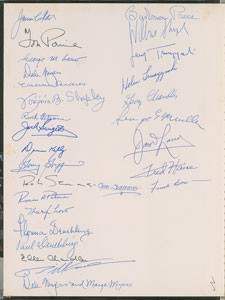 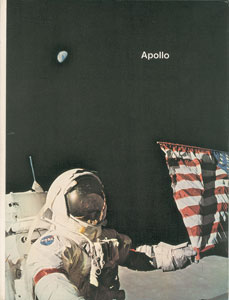 Signed book: Apollo. Washington, D.C.: NASA, 1973. Hardcover, 10.75 x 14.25, 65 pages. Signed on the first free end page in black ink by Apollo 11 crew members Neil Armstrong, Michael Collins, and Buzz Aldrin, whose wife Joan signs below. The adjacent inside cover is signed in ink or ballpoint by the crews of Apollo 8 and 13—James Lovell, Frank Borman, Bill Anders, Jack Swigert, and Fred Haise—in addition to many NASA administrators, flight directors, and their wives, including: James Fletcher, Gerry Griffin, Tom and Barbara Paine, George and Mary Low, Dale and Marge Myers, Valerie Anders, Willis and Virginia Shapley, Rocco and Ruth Petrone, Robert and Gene Seamans, Paul and Florence Dembling, George and Ellen Chandler, Gerald and Helen Truszynski, George Mueller, and one other. In fine condition. An impressive assortment of 32 signatures that features a cast of eight Apollo astronauts and a bevy of behind-the-scenes figures essential to the well-oiled efficiency of the historic Apollo program.