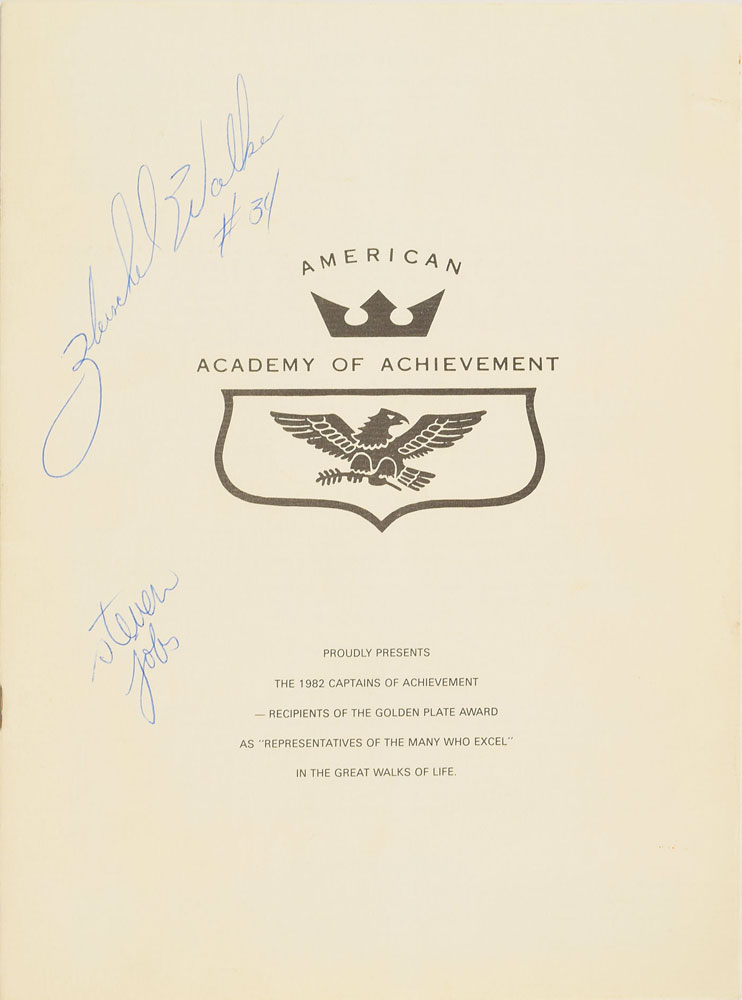 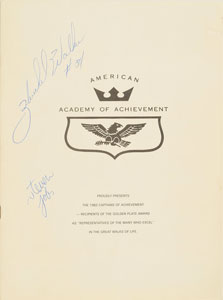 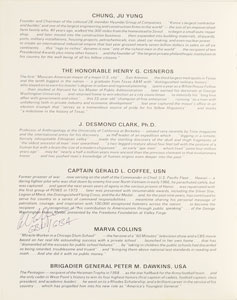 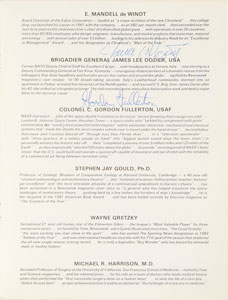 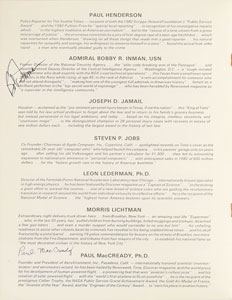 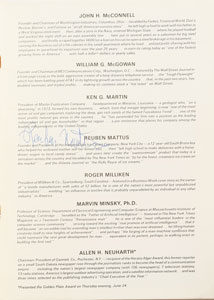 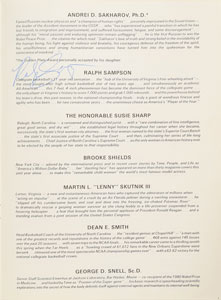 Superb program for the 1982 American Academy of Achievement 'Banquet of the Golden Plate' award ceremony, 8.5 x 11, eight pages, boldly signed on the front cover in blue ballpoint by two of the honorees, "steven jobs," and "Herschel Walker, #34." Also signed inside by Gerald Coffee, James Dozier, Gordon Fullerton, Bobby Inman, Paul MacCready, Reuben Mattus, and Ralph Sampson. Inside the program, Jobs is described as "Co-Founder/Chairman of Apple Computer, Inc., Cupertino, Calif.—spotlighted recently on Time's cover as the remarkable 26-year-old 'computer whiz' who helped launch his company…in his parents' garage only six years ago." In fine to very fine condition. Accompanied by full letters of authenticity from PSA/DNA and Beckett Authentication Services, and a letter of provenance from the consignor.