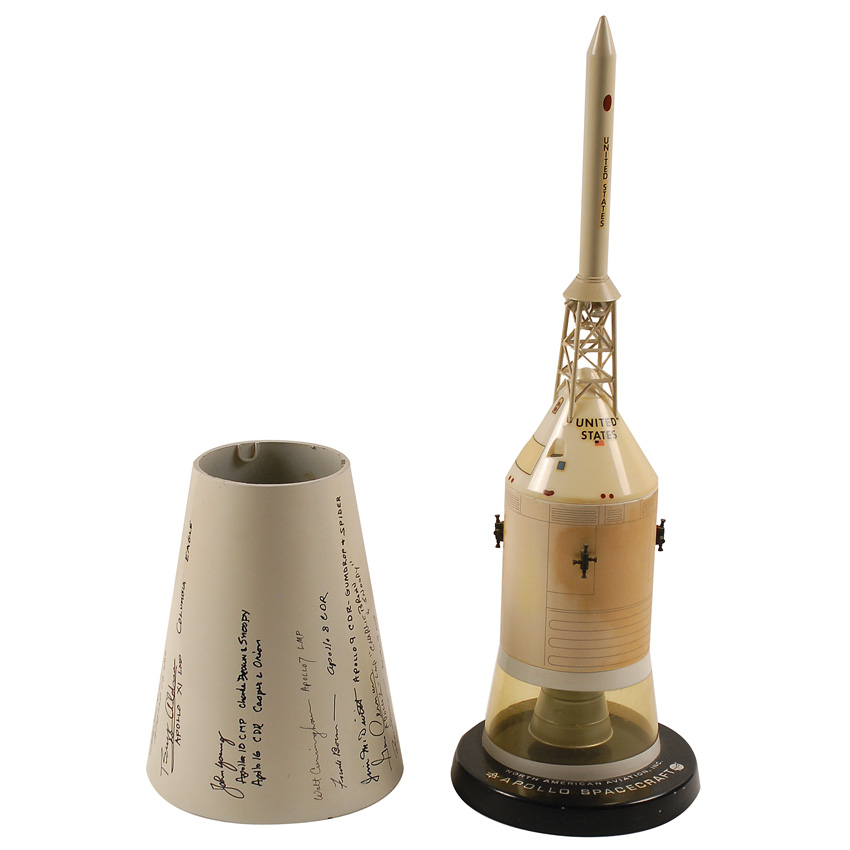 A model of the Apollo command/service module and escape tower, 20.75" tall, made by the Walter J Hyatt Company for the North American Aviation, Inc. with their and NASA's logos on the 6.75" diameter base. Signed in black felt tip on the accompanying lunar shroud, which stands nine inches tall, by 14 Apollo astronauts. Signers are: Buzz Aldrin, John Young, Walt Cunningham, Frank Borman, Jim McDivitt, Gene Cernan (2), Dave Scott, James Lovell, Richard Gordon, Alan Bean, Fred Haise, Edgar Mitchell, Al Worden, and Charlie Duke. All have added their respective missions, and almost all have also added the names of their command and lunar modules. In fine condition, with scattered toning to model. Accompanied by a CD with photos of Aldrin, Bean, Cernan, Duke, Haise, Lovell, and Mitchell taken at time of signing. This model is scarce and highly sought-after on its own, let alone with signatures of 14 astronauts who piloted this spacecraft. Pre-certified Steve Zarelli and RR Auction COA.