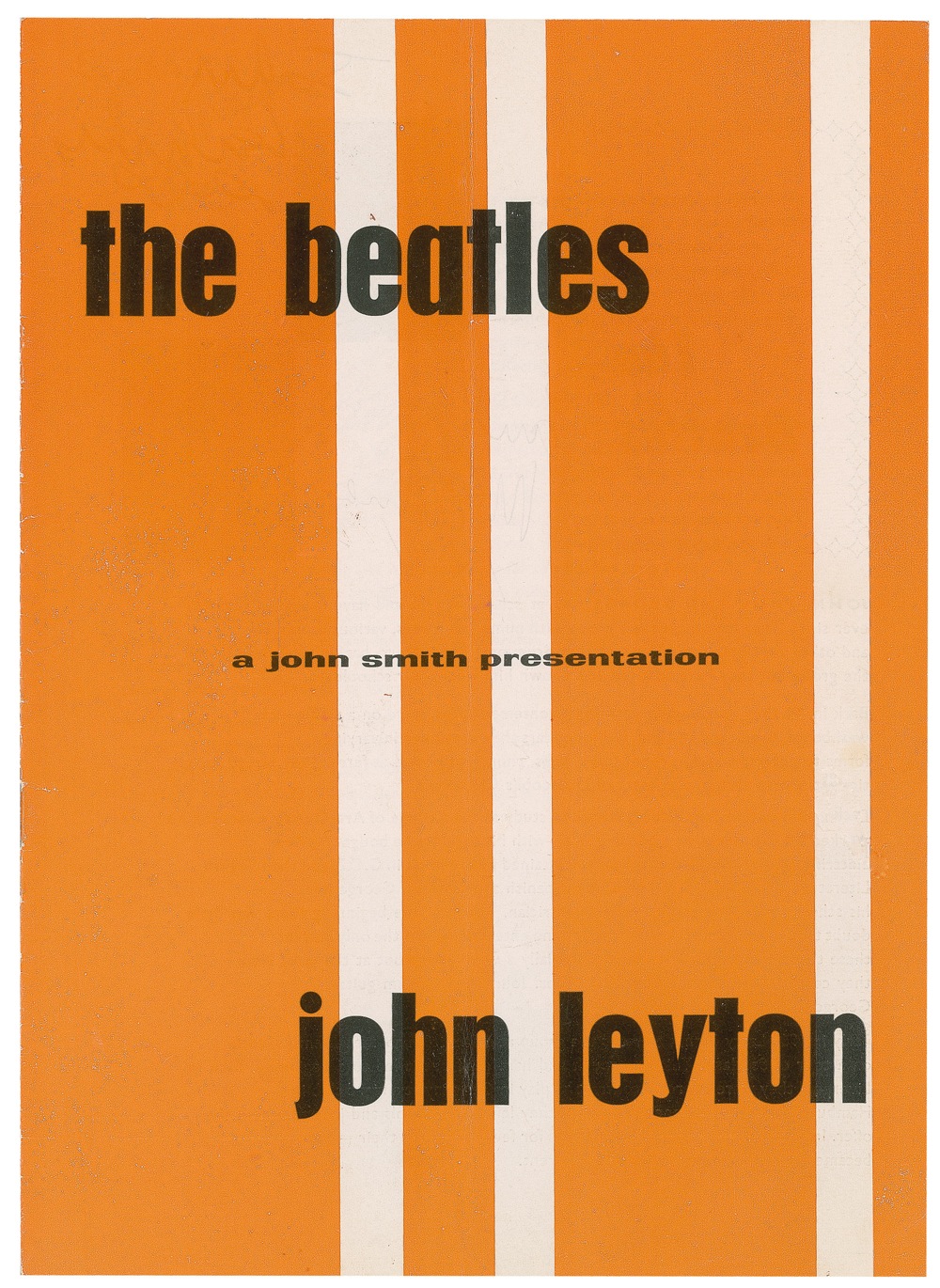 The April 25, 1963, edition of The Mersey Beat Showcase was booked by promoter John Smith in January 1963, several months after The Beatles first single on Parlophone Records, ‘Love Me Do,’ peaked at #17 on the British singles chart, but prior to the release of the chart-topping single and album, Please Please Me in February 1963. Smith’s concern that he may not be able to fill Croyden’s Fairfield Hall for either of the two performances led him to book singer/actor John Leyton as the headliner. Of course, by the day of the April concert, Please Please Me was the country’s #1 album and the fact that John Leyton was taken ill was of little consequence to concert’s success to the decidedly pro-Beatles contingent of fans. As a matter of fact, when promoter Smith posted the non-appearance notice outside the venue, there was actually great cheering! Pre-certified Roger Epperson/REAL and RR Auction COA.