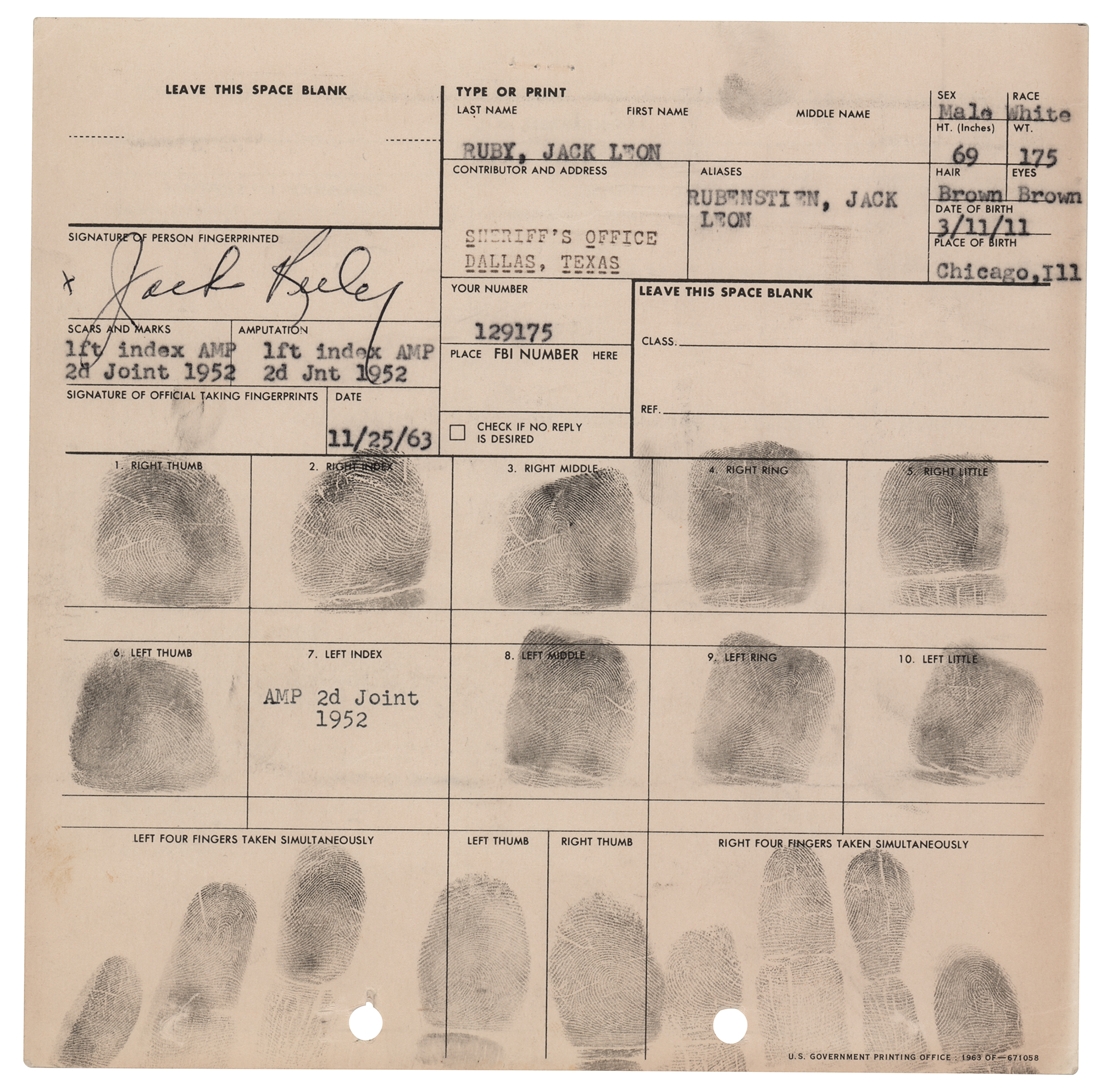 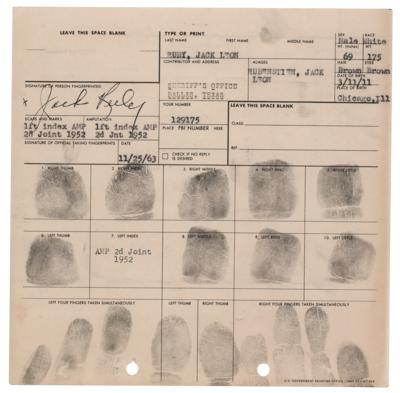 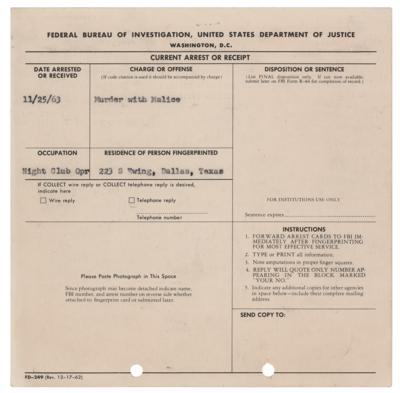 Original Jack Ruby fingerprint card from his arrest following the murder of Lee Harvey Oswald, filled out in type and signed in black ballpoint, “Jack Ruby,” one page both sides, 8 x 8, November 25, 1963. The front of the card lists his personal and identifying information, including his name, “Ruby, Jack Lyon”; alias, “Rubenstein, Jack Lyon”; his Sheriff’s Department file number, “129175”; and amputation, “left index AMP 2d Jnt 1952.” The lower portion contains the original ink prints of all fingers and thumbs individually (except the amputated left index finger), as well as all nine prints taken simultaneously. The reverse lists his arrest information, including the date arrested, “11/25/63,” and charges or offense, “Murder with Malice.” In fine condition.

Accompanied by a notarized letter of provenance from James Cron, who worked as a civilian employee of the Dallas Police Department from 1958 to 1964, and as a deputy sheriff with the Dallas County Sheriff's Office from 1964 to 1993, where he served as a crime scene investigator. Cron created the Physical Evidence Section and was its Lieutenant Commander until his retirement; he now serves as a crime scene consultant. While in these positions he met many figures associated with the Kennedy and Oswald investigations, and was able to save some files and documents from those marked for destruction, receiving some material from supervisors as they retired. The sheriff's office began to remove fingerprint cards from their records after instituting a computerized system. According to Cron, six fingerprint cards were created on the day Ruby entered the Dallas County Jail on November 25, 1963—two were kept by the Dallas Sheriff’s Office, one by the Texas Department of Public Safety, and three went to the FBI, making this an exceedingly rare item and quite possibly the only example in private hands.