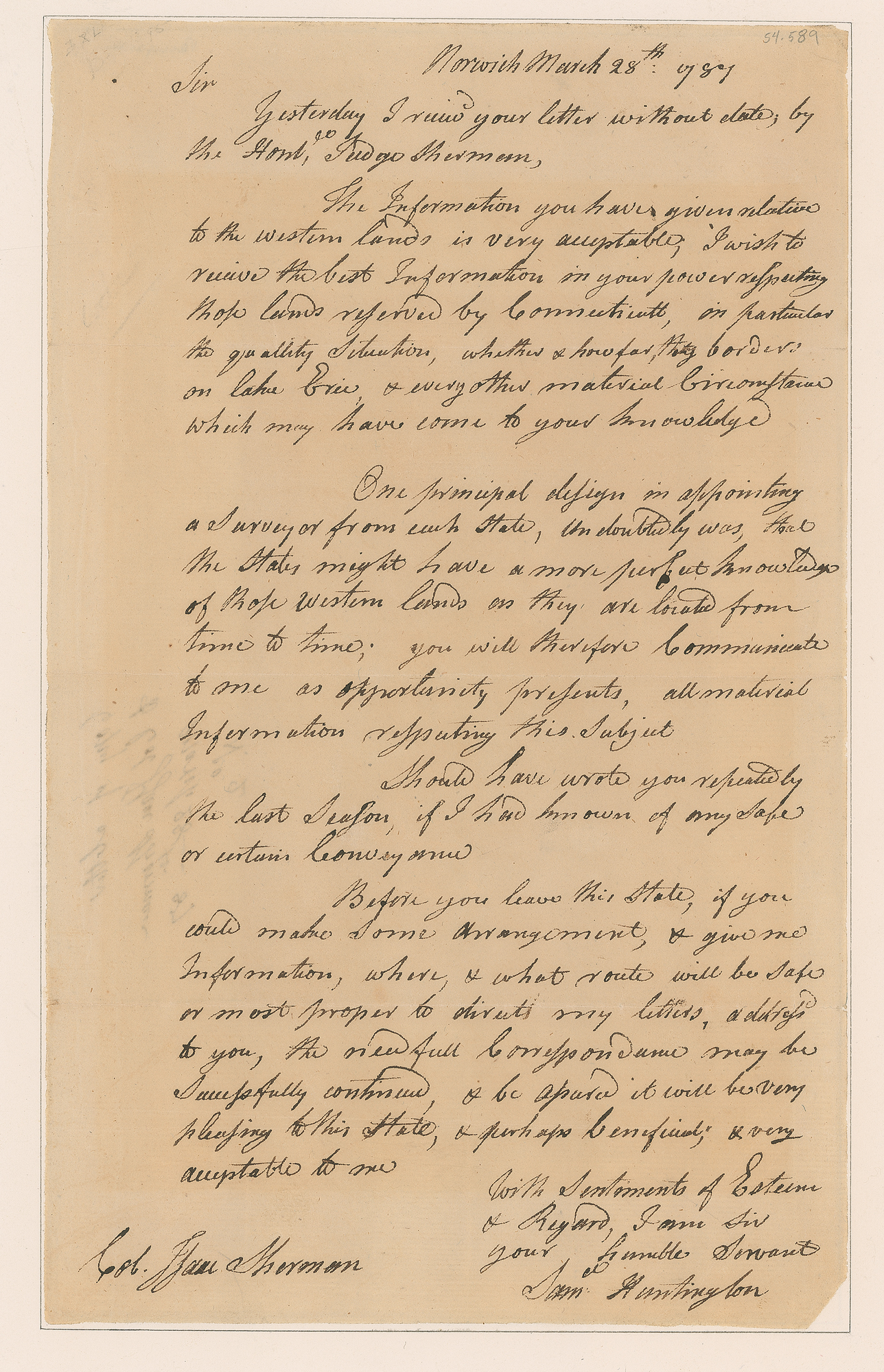 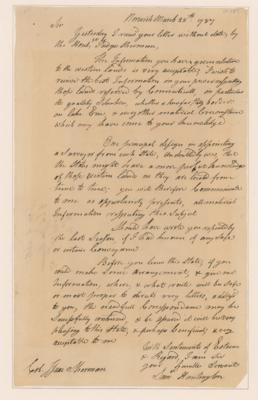 ALS as the governor of Connecticut, signed "Saml Huntington," one page, 7.25 x 11.75, March 28, 1787. Written from Norwich, [Connecticut], a letter to Isaac Sherman, the son of fellow Connecticut signer Roger Sherman, concerning the exploration and survey of the Western Reserve in modern-day Northern Ohio, which Connecticut claimed as its own territory until 1800. Huntington writes, in full, “Yesterday I receiv'd your letter without date; by the Hon. Judge Sherman, The information you have given relative to the western lands is very acceptable; I wish to receive the best Information in your power respecting those lands referred by Connecticutt, in particular the quality Situation, whether & how far they border, on Lake Erie, & every other material Circumstance which may have come to your knowledge. One principal design in appointing a Surveyor from each State, Undoubtedly was, that the States might have a more perfect knowledge of those Western lands as they are located from time to time; you will therefore Communicate to me as opportunity presents, all material Information respecting this Subject. Should have wrote you repeatedly the last Season, if I had known of my Safe or certain Conveyance. Before you leave this State, if you would make Some management, & give me Information, where, & what route will be Safe or most proper to direct my letters, address'd to you, the new full Correspondence may be successfully continued, & be assured it will be very pleasing to this State, & perhaps beneficial; & very acceptable to me." Professionally inlaid into a slightly larger sheet. In fine condition.

Connecticut's original grant of 1662 was a 'sea-to-sea' grant that extended its northern and southern borders clear to the Pacific Ocean. In the 1760s Connecticut settlers attempted to use that rationale to settle the Wyoming Valley of Pennsylvania leading to the intermittent Yankee-Pennamite Wars. Connecticut relinquished her claim in Pennsylvania after the American Revolution but held to another 120 mile-wide tract west of Pennsylvania and south of Lake Erie. In 1796 the Connecticut Land Company commissioned Moses Cleaveland to survey the lands, founding the city of Cleveland the same year. Connecticut finally relinquished its claim to the tract in 1800-the last of the Western Claims to be extinguished.