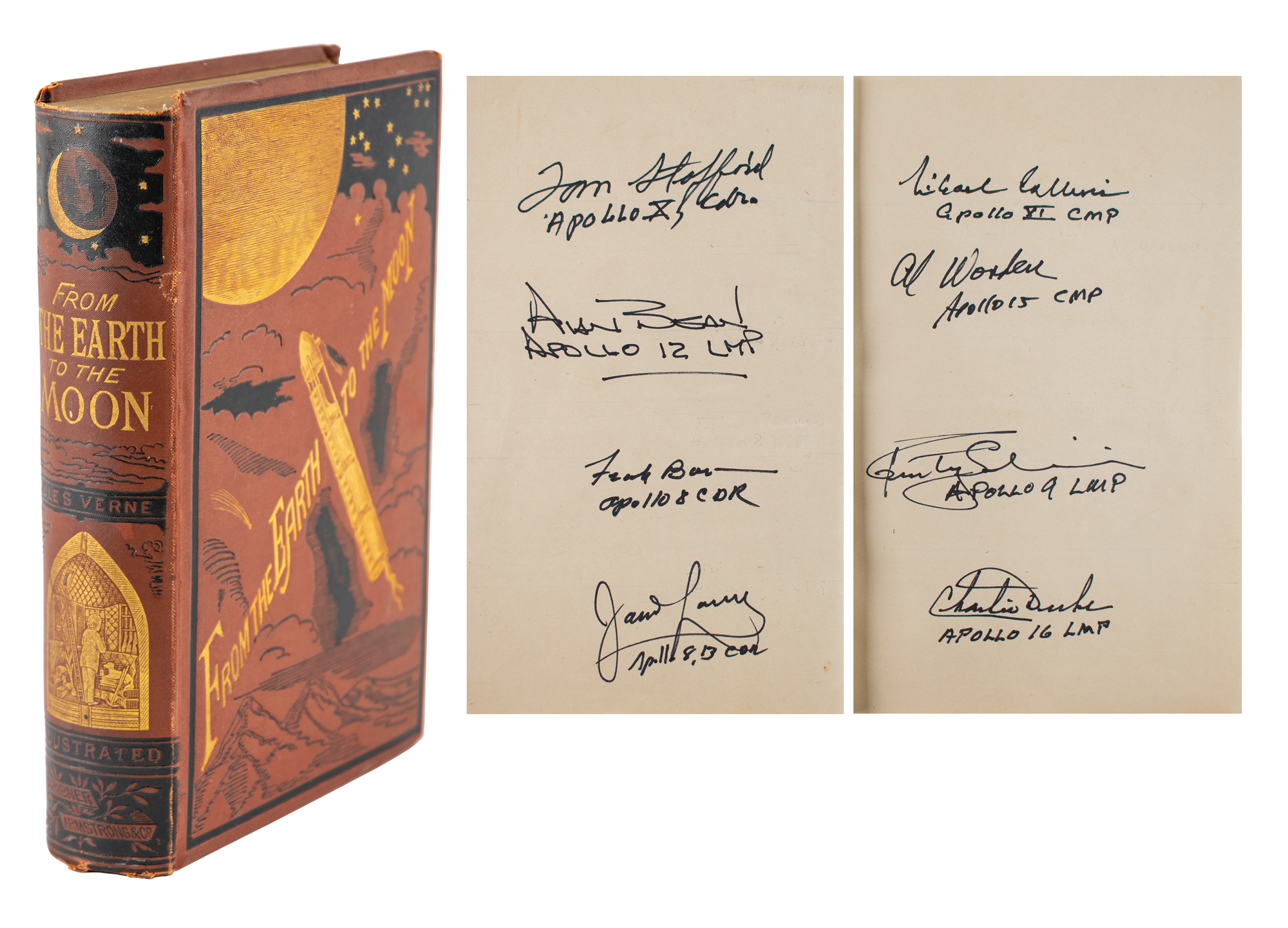 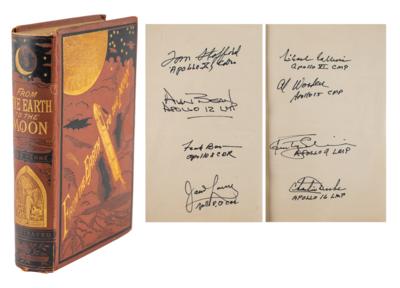 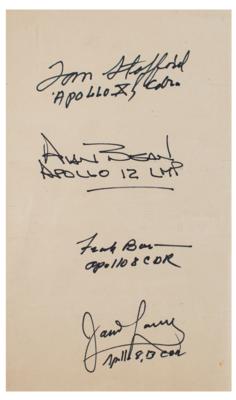 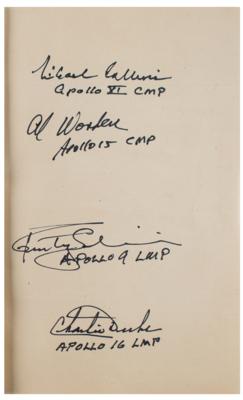 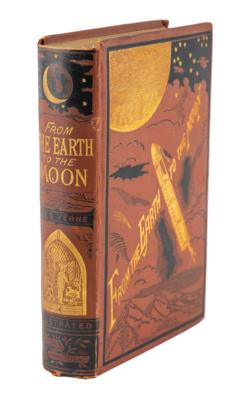 Interestingly, there were several similarities between Verne’s novel and the eventuality of the Apollo program, including: the US being the first to launch a manned spacecraft to circumnavigate the moon; the rejection of Brownsville, Texas as a launch site, and the subsequent choosing of Florida; Apollo 8 being launched in the month of December and splash down and recovery in the Pacific; and the crews being made up of three members. A seldom-seen and sought-after format signed by eight of NASA's most storied explorers.