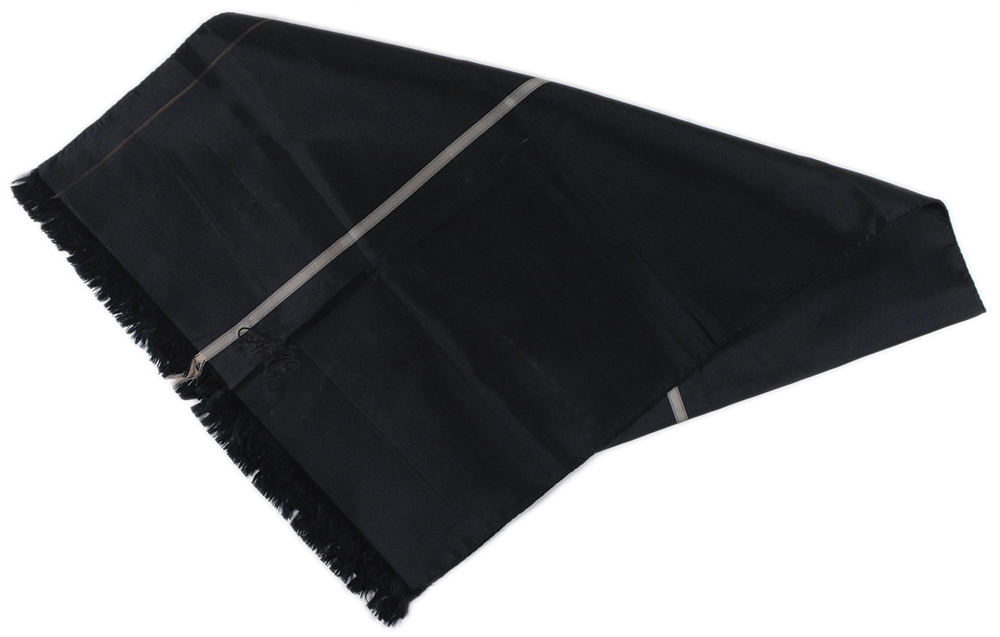 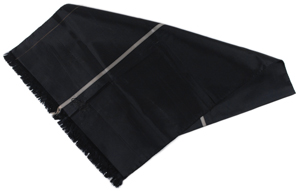 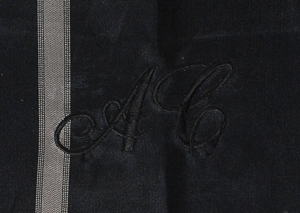 Al Capone's personally-owned black silk scarf with a silver stripe measures 56 x 19 totally unfolded, with fringed ends and is embroidered at either end, "AC." The scarf is accompanied by several letters of provenance, including a color photocopy of a letter from Capone's wife Mae, dated December 20, 1958, reading, in part (with grammar and spelling retained): "I am Mae Capone and because of ABC TV I am very much in need of money so I have to sell things that were my husbands. My husband was Alphonse Capone…I am selling his things becuse I need money now. Doctor Spidler has paid me cash for 4 suits, 3 pair shoes, a briefcase, 2 scarfs with his initls on them and a letter opener and a silver pen." A 1997 letter written on behalf of the Estate of Dr. Aaron Spidler is also included, signed by his son Bing, and reads, in part: "You have purchased the following items from the estate of my late father, Dr. Aaron Spidler, M.D., and this letter which accompanies the letter of one Mae Capone, is testament that each of the articles are genuine as having once belonged to Mr. Al (Alphonse) Capone and passed on to his widow Mae Capone. My father purchased each directly from Mrs. Capone in 1958…Two beautiful pure silk men's scarfs with his initials on both ends of each. She said her husband, during cold days in Chicago, never went outside the house without a scarf under his topcoat and that he owned dozens but most she had given to friends and family when Al died." A final letter (a photocopy), dated 2007, from previous owner Mario Gomes states: "I had purchased a scarf, black silk with a silver stripe and initials at both ends…This scarf had once belonged to Alphonse Capone…I owned this scarf for approx. 9 years, where it was displayed on my website about Al Capone and was featured in local tv and newspaper stories." There is also included an original signed letter from Mario Gomez further attesting to the scarf's authenticity and dated April 29, 2013. Also accompanied by a 1998 certificate of authenticity from Richard Wilson of Norma Jean's. In fine condition, with a moderate tobacco smell emanating from the scarf. Mae Capone sued ABC television for what she thought was an unfair portrayal of her husband in the series The Untouchables. She stated the company should have acquired her permission to use his name. She lost the court case, and in the process amassed large legal expenses, and as a result, was forced to sell most of her husband's possessions. A truly remarkable and classy personal item which bolstered Capone's image as a Chicago celebrity.