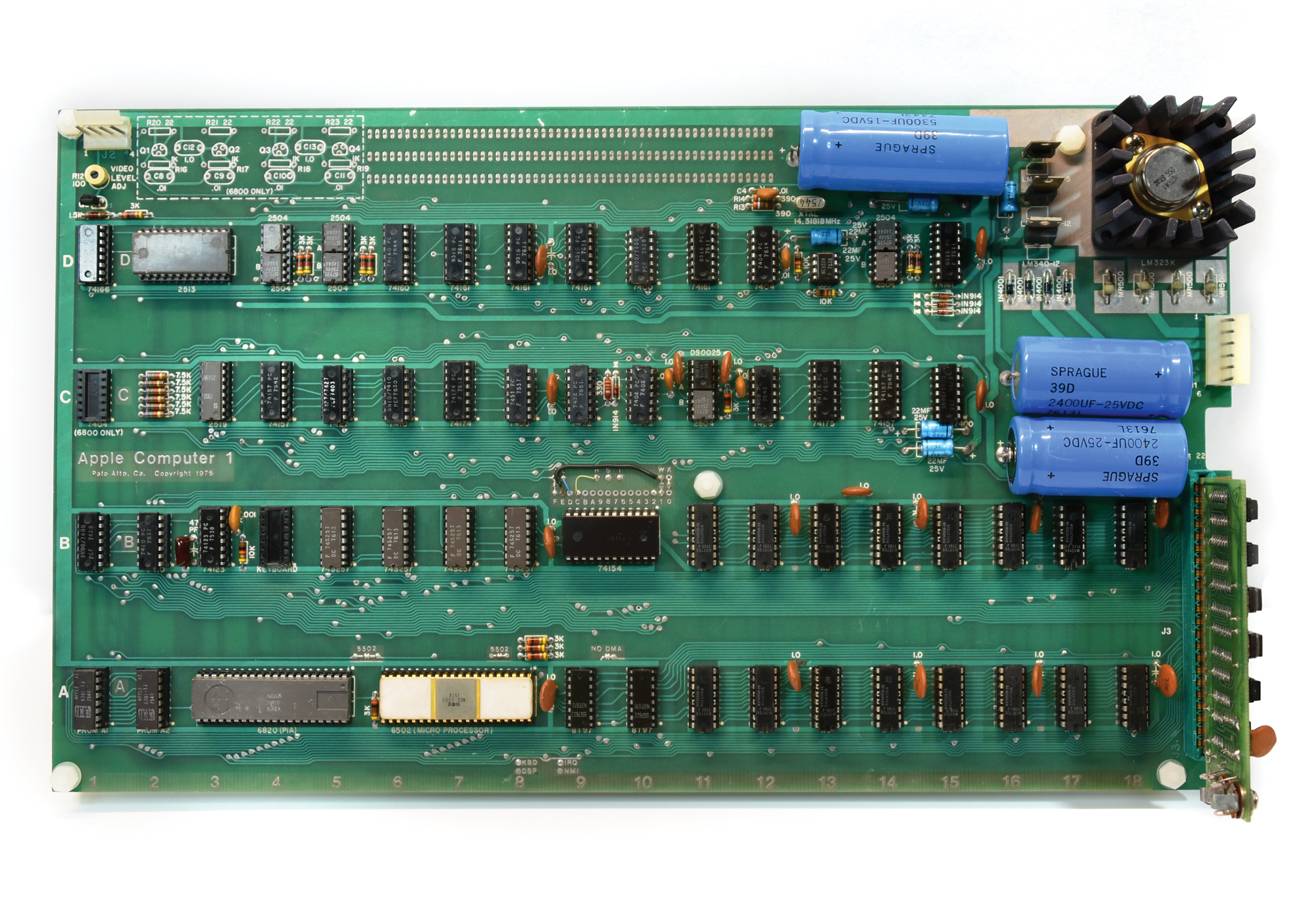 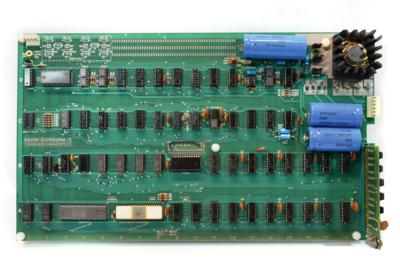 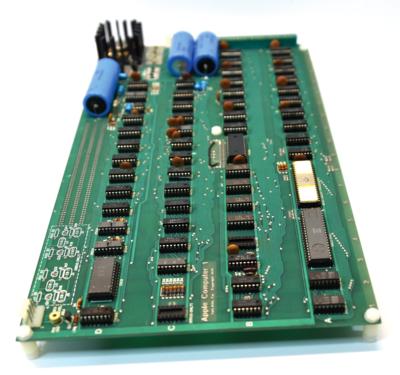 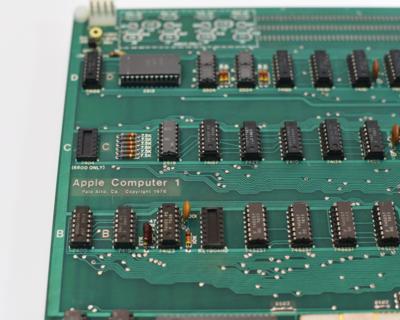 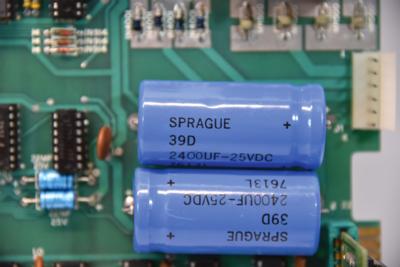 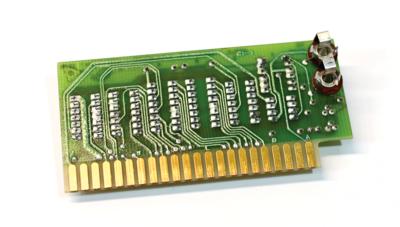 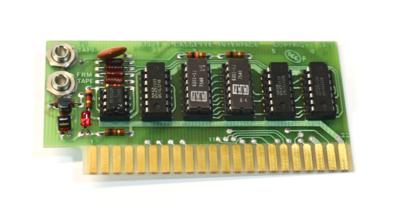 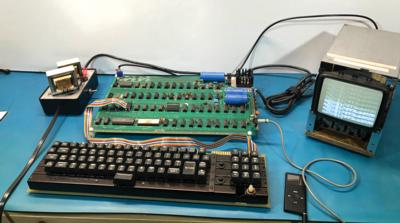 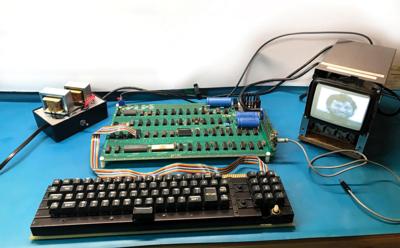 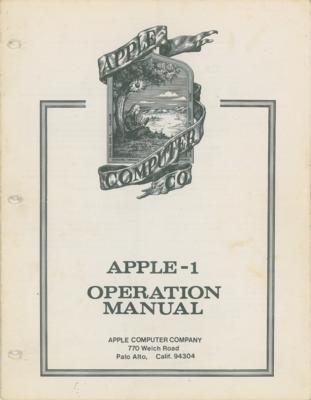 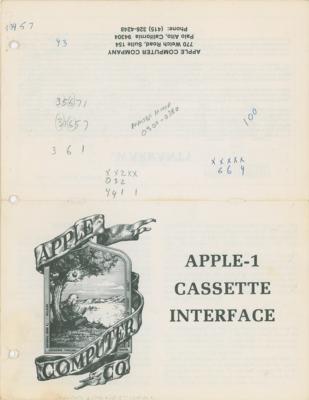 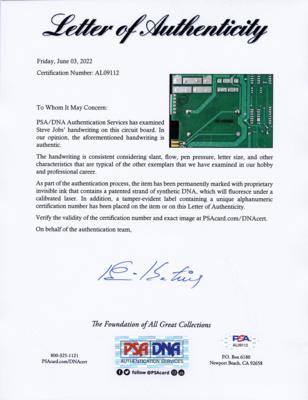 Previous Lot
Next Lot
Login or Register To Bid Add to BidTracker
Estimate: $375000+

An amazing, fully functional later production ‘Byte Shop’-style Apple-1 computer (also commonly known as the Apple I, or Apple Computer 1), complete with all components and accessories required for operation.

This Apple-1 computer was restored to its original, operational state in June 2018 by Apple-1 expert Corey Cohen, and a video of it running and functioning is available upon request. A comprehensive, technical condition report prepared by Cohen is available to qualified bidders; he evaluated the condition of the unit as 8.5/10, and again confirmed the computer's functionality in August 2022. The most remarkable aspect of this Apple-1 computer is that it is documented to be fully operational: the system was operated without fault for approximately eight hours in a comprehensive test. Accompanied by a full letter of authenticity from PSA/DNA for Jobs' handwriting on the board. That Jobs numbered these himself is a recent revelation in the Apple-1 world. This computer is listed as #78 in the Apple-1 Registry, and was originally sold by RR Auction in 2018.

The Apple-1 was originally conceived by Steve Jobs and Steve ‘Woz’ Wozniak as a bare circuit board to be sold as a kit and completed by electronics hobbyists, their initial market being Palo Alto’s Homebrew Computer Club. Seeking a larger audience, Jobs approached Paul Terrell, owner of The Byte Shop in Mountain View, California, one of the first personal computer stores in the world. Aiming to elevate the computer beyond the realm of the hobbyist, Terrell agreed to purchase 50 Apple-1 computers, but only if they were fully assembled. The Apple-1 thus became one of the first ‘personal’ computers which did not require soldering by the end user. All together, over a span of about ten months, Jobs and Wozniak produced about 200 Apple-1 computers and sold 175 of them.

The later production ‘Byte Shop’-style of this Apple-1 is indicated by discrete component dates which match other known Apple-1 boards of similar vintage, assembled and sold by Apple in the fall of 1976 and early 1977. On the left side, the board is marked: “Apple Computer 1, Palo Alto, Ca. Copyright 1976.” Unlike many of the known Apple-1 boards, this unit has not had any modifications to the physical board, and the prototype area is clean and unused. The Apple-1 is not only a marvel of early computing ingenuity, but the product that launched what is today one of the most valuable and successful companies in the world.