Eisenhower's commentary on the 25th Amendment 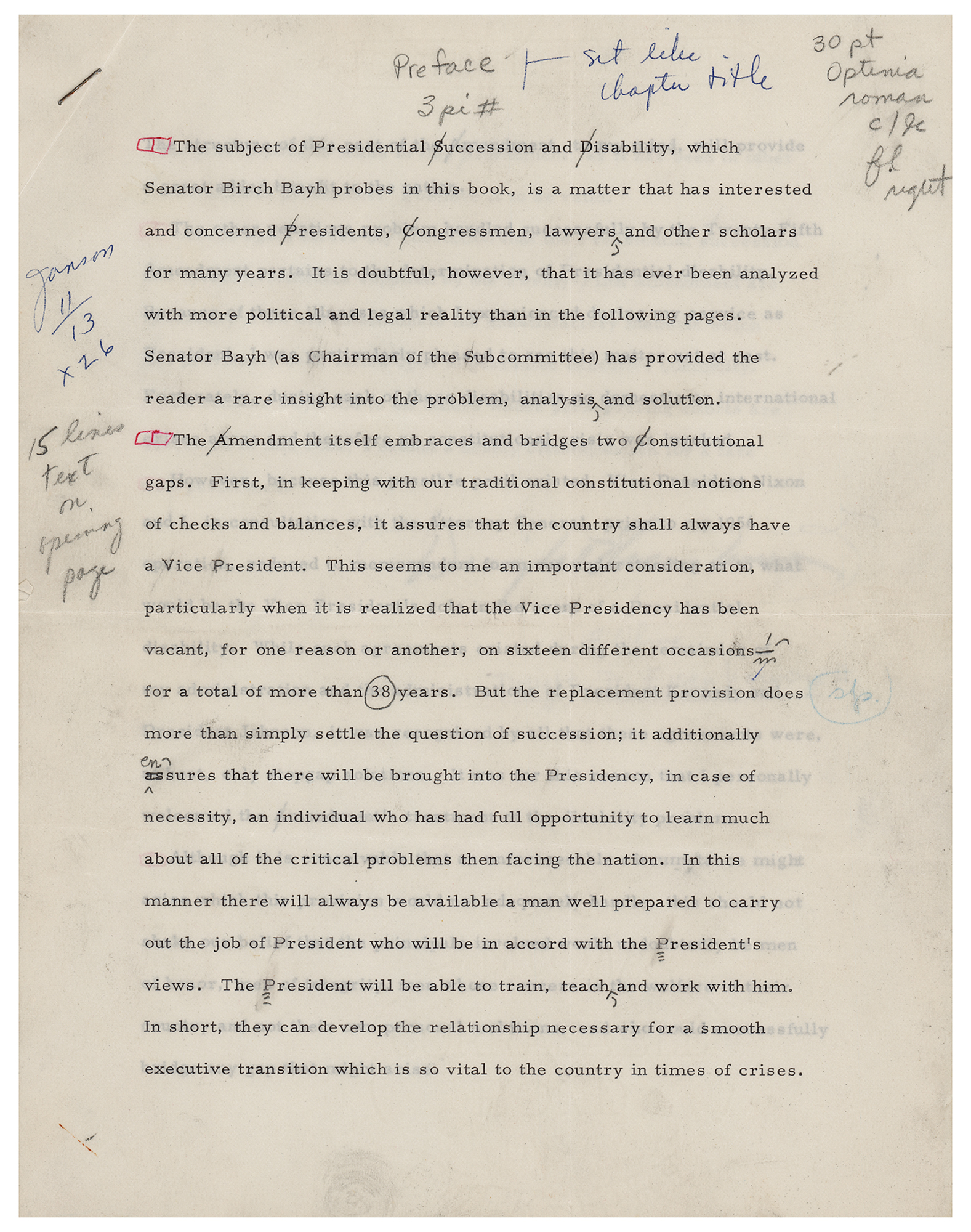 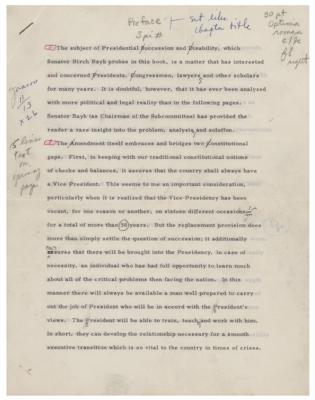 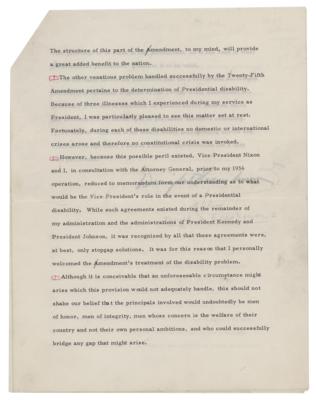 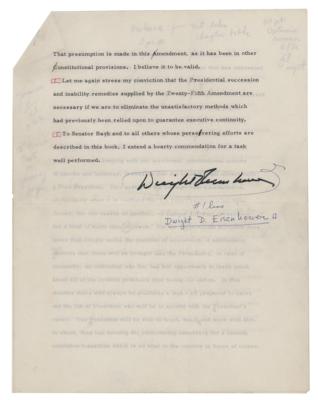 Eisenhower's commentary on the 25th Amendment

Desirable typed draft of his preface to One Heartbeat Away: Presidential Disability and Succession by Senator Birch Bayh, signed "Dwight D. Eisenhower," three pages, 8.5 x 11, no date but circa 1968. Eisenhower discusses and offers his support for the 25th Amendment, which establishes procedures for an orderly transition of power in the case of the death, disability, or resignation of the President of the United States, and which Senator Birch Bayh authored as Chairman of the Subcommittee on Constitutional Amendments. The amendment was adopted on February 10, 1967, and Bayh's book on the topic was published in 1968.

Eisenhower's preface, in part: "The subject of Presidential succession and disability, which Senator Birch Bayh probes in this book, is a matter that has interested and concerned presidents, congressmen, lawyers and other scholars for many years. It is doubtful, however that it has ever been analyzed with more political and legal reality than in the following pages…The amendment itself embraces and bridges two constitutional gaps. First, in keeping with our traditional constitutional notions of checks and balances, it assures that the country shall always have a Vice President. This seems to me an important consideration, particularly when it is realized that the Vice Presidency has been vacant, for one reason or another, on sixteen different occasions—for a total of more than 38 years. But the replacement provision does more than simply settle the question of succession; it additionally ensures that there will be brought into the Presidency, in case of necessity, an individual who has had full opportunity to learn much about all of the critical problems then facing the nation." Signed at the conclusion in black felt tip by Dwight D. Eisenhower, with ink and pencil annotations made throughout in an editor's hand. In fine condition.

A fascinating and historic piece by Eisenhower, weighing questions that affected his presidency—he suffered a heart attack in 1955, and underwent emergency gastrointestinal surgery in 1956—during which time Vice President Richard Nixon oversaw his duties. However, their agreement did not hold legal authority and demonstrated the necessity of a legislative solution. The 25th Amendment earned renewed attention during the Trump administration, as politicians and talking heads alike raised questions of presidential incapacity. A highly relevant and very desirable piece.