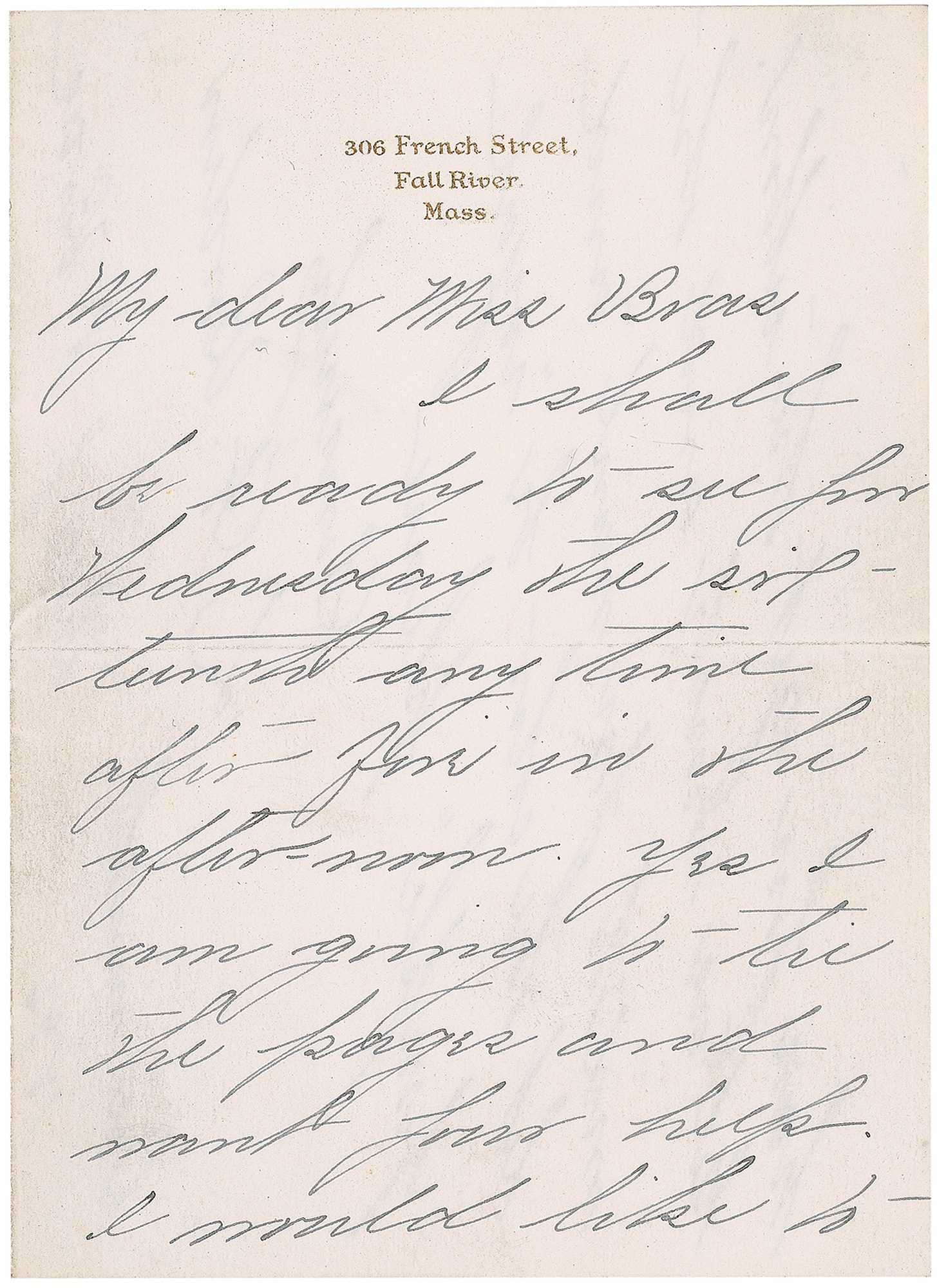 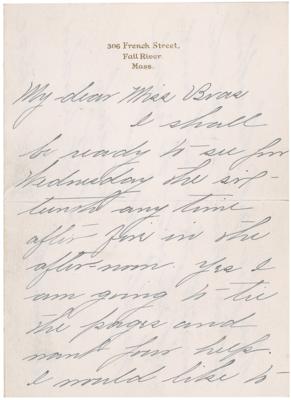 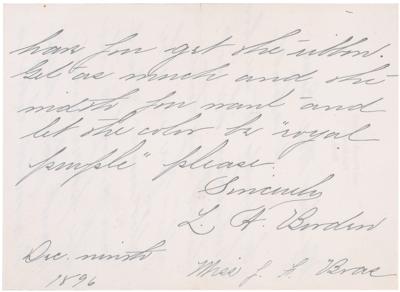 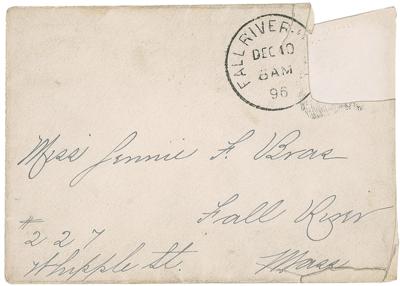 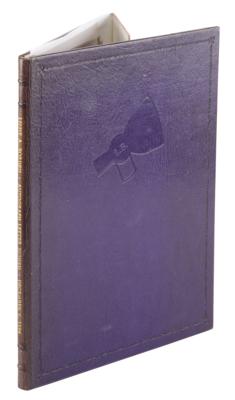 On August 4, 1892, the axe-mutilated body of prosperous businessman Andrew J. Borden was discovered in the parlor of his home at 92 Second Street in Fall River, Massachusetts. Mr. Borden's body had been found by his thirty-two-year-old daughter, Lizzie (1860-1927); soon after others arrived on the scene, the similarly brutalized corpse of Andrew's wife (and Lizzie's stepmother), Abby, was discovered in an upstairs bedroom. Thus began a sordid saga that would ultimately become one of the most celebrated unsolved cases in the history of American crime. Exceedingly rare ALS signed "L. A. Borden," one page both sides, 4 x 5.5, personal letterhead, December 9, 1896. Letter to Miss Jennie F. Bras. In full: "I should be ready to see you Wednesday the sixteenth any time after five in the after-noon. Yes I am going to tie the pages and want your help. I would like to have you get the ribbon. Get as much and the width you want and let the color be 'royal purple' please." In fine condition, with a central horizontal fold and partial separations along hinge. Accompanied by the original mailing envelope addressed in Borden's hand, with the stamp clipped off. Housed in a custom-designed purple leather presentation folder, with gilt-stamped spine and blindstamped "L.B." axe on the front.

Shortly after being acquitted of her father and stepmother's murders in June of 1893, Lizzie and her sister Emma moved to a new house (christened 'Maplecroft') on French Street, a fashionable neighborhood at the time. It was there that she penned this letter. The trial that had taken place in the courtroom could not compare to the media trial in which Lizzie was portrayed as a cold-blooded murderer: regardless of the court's decision and her public exoneration, the damage to her reputation could not be undone. She was forever ostracized from Fall River society, living out the remainder of her life at Maplecroft in relative isolation. Over a century after the Borden murders, the mystery continues to hold the public's interest, making the demand for Lizzie's limited autograph material very high; this is the first Lizzie Borden autograph letter we have offered in over five years.