“I don’t need this anymore. It is MS property. I am going to start using the model 200” 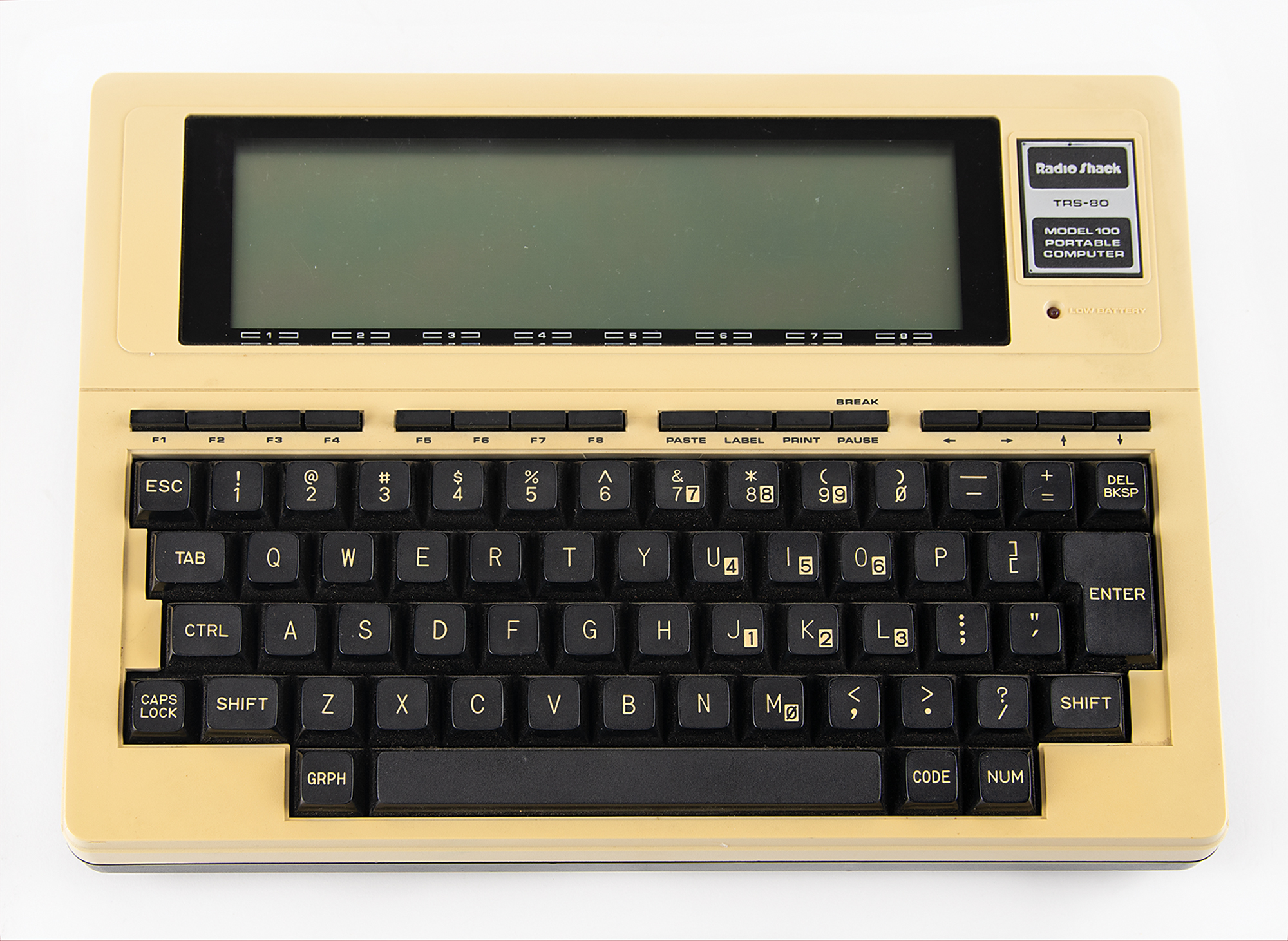 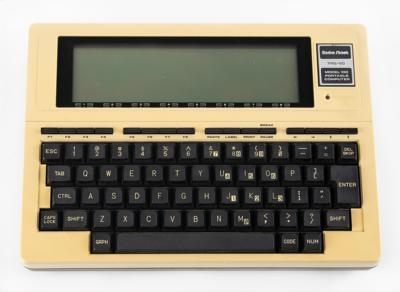 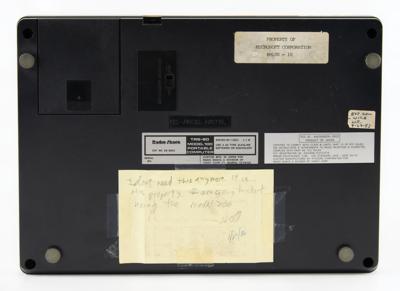 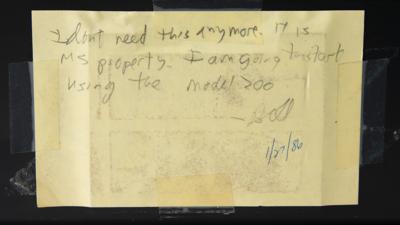 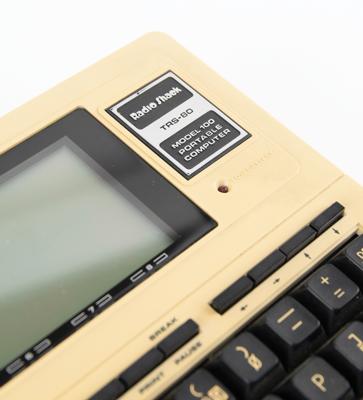 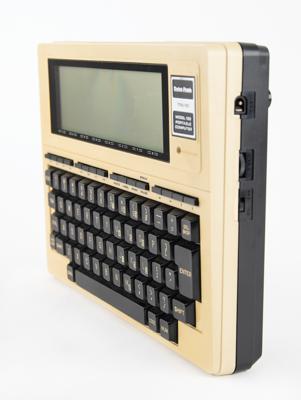 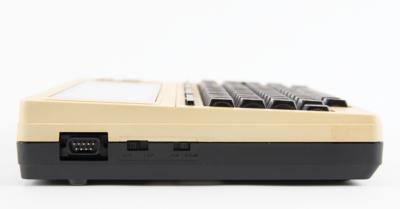 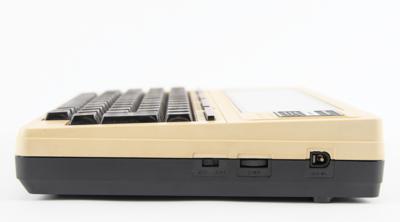 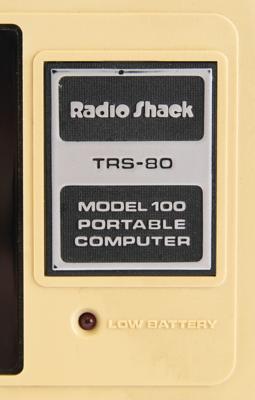 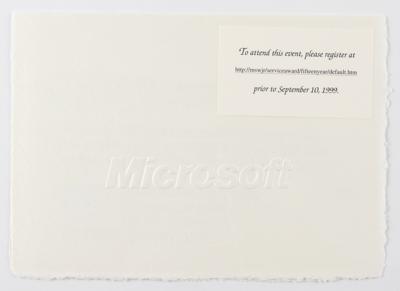 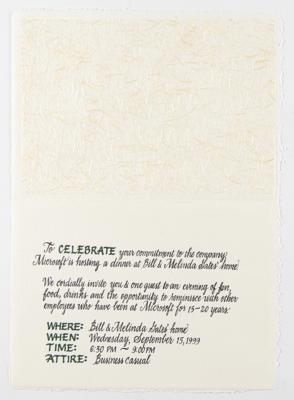 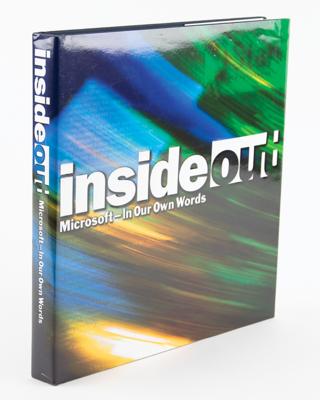 “I don’t need this anymore. It is MS property. I am going to start using the model 200”

Incredible TRS-80 Model 100 portable computer that was personally used by Microsoft founder Bill Gates when he was an active software developer in the early-to-mid 1980s. Equipped with Microsoft’s N82 BASIC 80 programming software, the TRS-80 Model 100 was the last major coding project written by Gates as part of a Microsoft development team. The underside of the computer bears an affixed Post-It note with an ANS in pencil from Gates. The handwritten note, signed “Bill,” reads: “I don’t need this anymore. It is MS property. I am going to start using the model 200.” Another hand has dated the note to January 27, 1986. The underside of the computer is engraved “MS-PROD. MKTG,” and features two affixed labels, one typed “Property of Microsoft Corporation, #M100-10,” and the other annotated, “EXT ROM Wire, W.T. 9-29-83.” The Radio Shack parts label identifies the serial number as “303014451.” In fine, untested condition; the consignor affirms that the computer is fully functional.

Developed by the Japanese company Kyocera and distributed by the Tandy Corporation through Radio Shack stores in the United States and Canada, the TRS-80 Model 100, or ‘Model T,’ was deemed a ‘breakthrough’ invention upon its release in 1983. A game-changer in personal computing that won InfoWorld's Hardware Product of the Year award, the machine was lauded for its compact design, functionality, and its impressive ROM firmware-based system written by a pair of programmers: Jey Suzuki and Bill Gates.

In an interview with the Smithsonian Institution, Gates affirmed that the Model T ‘was the last machine where I wrote a very high percentage of the code in the product. I did all the design and debugging along with Jey. And it is a cool user interface, because although most of the code is a BASIC Interpreter, we did this little file system where you never had to think about saving anything. You just had this menu where you pointed to things. It was a great little editor and scheduler. We crammed it all into a 32K ROM.’

This TRS-80 Model 100 derives from the collection of a longtime member of Microsoft during the 1980s and 1990s. Provenance accompaniments include an invitation for a Microsoft Employee 15-20 Years Service Award celebration held at “Bill & Melinda Gates’ home” on September 15, 1999, and a hardcover first edition, first printing of Inside Out: Microsoft—In Our Own Words, published by Warner Books in September 2000.