Steve Jobs introduces the NeXT computer at Boston Symphony Hall 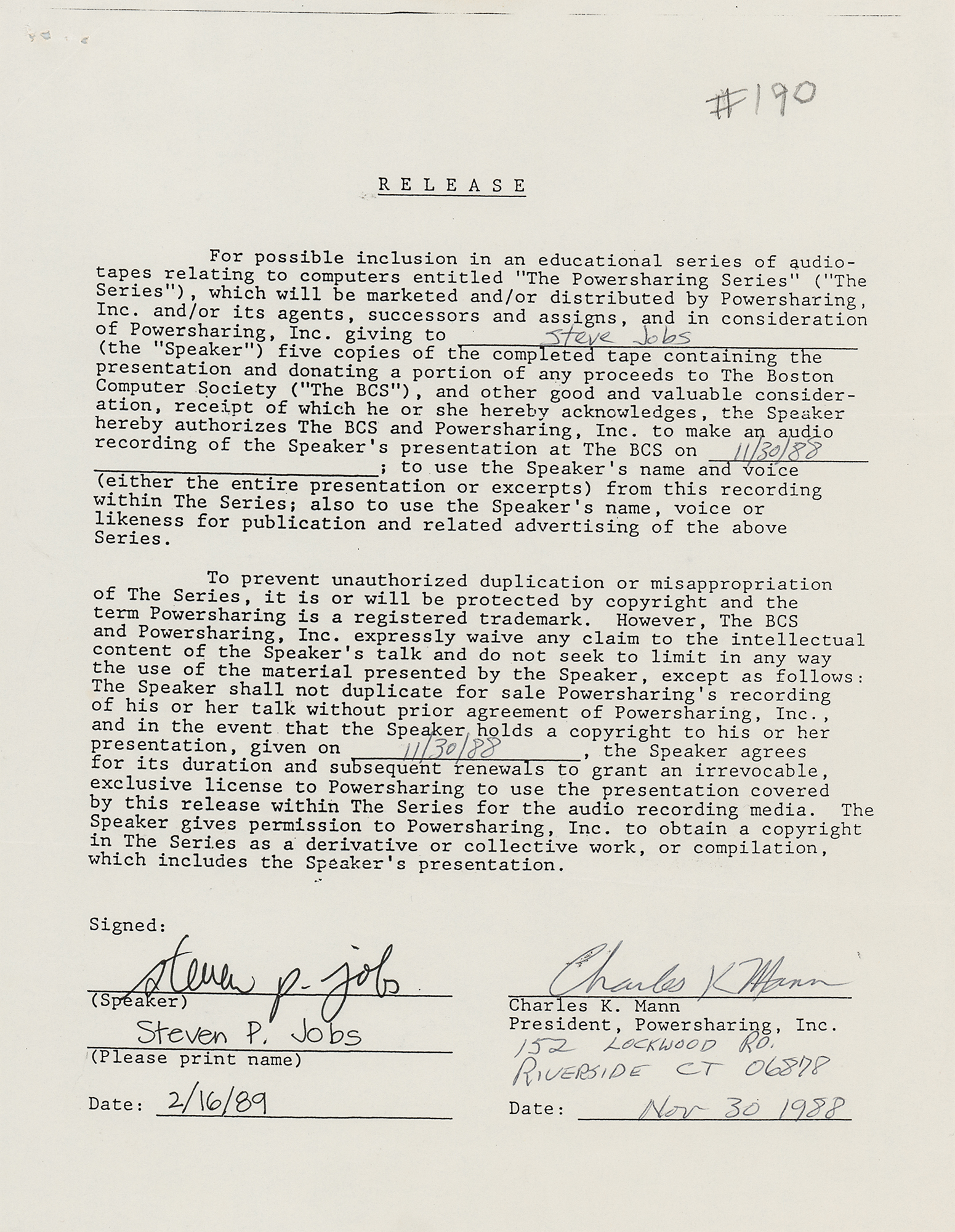 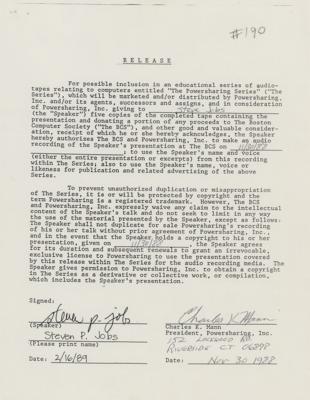 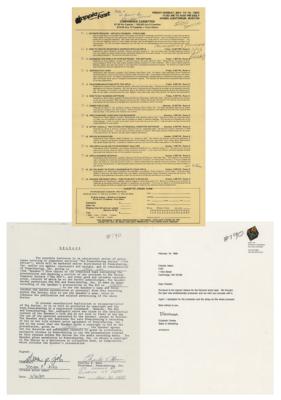 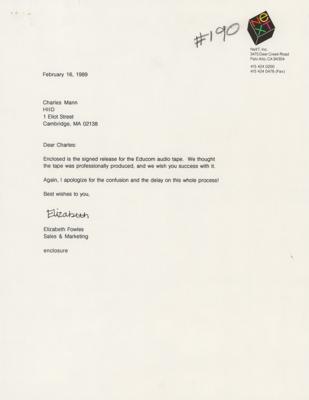 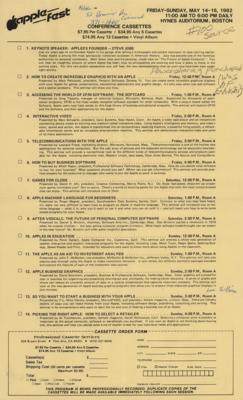 Steve Jobs introduces the NeXT computer at Boston Symphony Hall

Historic DS, signed “steven p. jobs,” one page, 8.5 x 11, February 16, 1989. Jobs consents to the release of the audio of his NeXT demonstration at Boston Symphony Hall on November 30, 1988, as part of Charles Mann's "educational series of audiotapes relating to computers entitled 'The Powersharing Series.'" Boldly signed in full at the conclusion in bold ink by Jobs using his legal name, and countersigned in ballpoint by Mann. In fine condition. Accompanied by a transmittal letter on NeXT letterhead, and an earlier original program flyer from Applefest '82, held in Boston from May 14-16, 1982, listing Jobs as the keynote speaker. In fine condition.

Steve Jobs's presentation served as the east-coast debut of the NeXT computer, which had premiered a month earlier in San Francisco on October 12, 1988, during a lavish, invitation-only gala launch event. The Boston presentation was given before the monthly general meeting of the Boston Computer Society, open to all members and therefore a much more public event. Jobs demonstrated the high-tech machine—a 12-inch square die-cast magnesium 'cube' with innovative optical drive, high-resolution display, and 25MHz clock speed—and, more importantly, its operating system, known as NeXTSTEP. The OS offered an intuitive GUI with features like an application dock, true multitasking, drag-and-drop tools, large full-color icons, real-time scrolling, and other elements that are considered ubiquitous today. This was the innovative platform on which Tim Berners-Lee would create the first web browser.

Although NeXT computers encountered subpar sales, the NeXTSTEP operating system and development environment proved highly influential, forming the basis for Mac OS X. Unix derivatives incorporating NeXTSTEP would eventually power all of Apple's platforms, including the iPhone. Apple purchased NeXT in 1997 for $429 million and 1.5 million shares of Apple stock, with Jobs, as part of the agreement, returning to the company he had co-founded in 1976. Jobs's keynote presentations—similar to the one represented by this document—would become a hallmark of his return to Apple, with unforgettable introductions to popular products like the iPod, iPhone, and Macbook Air.


From the Charles Mann Powersharing Collection.