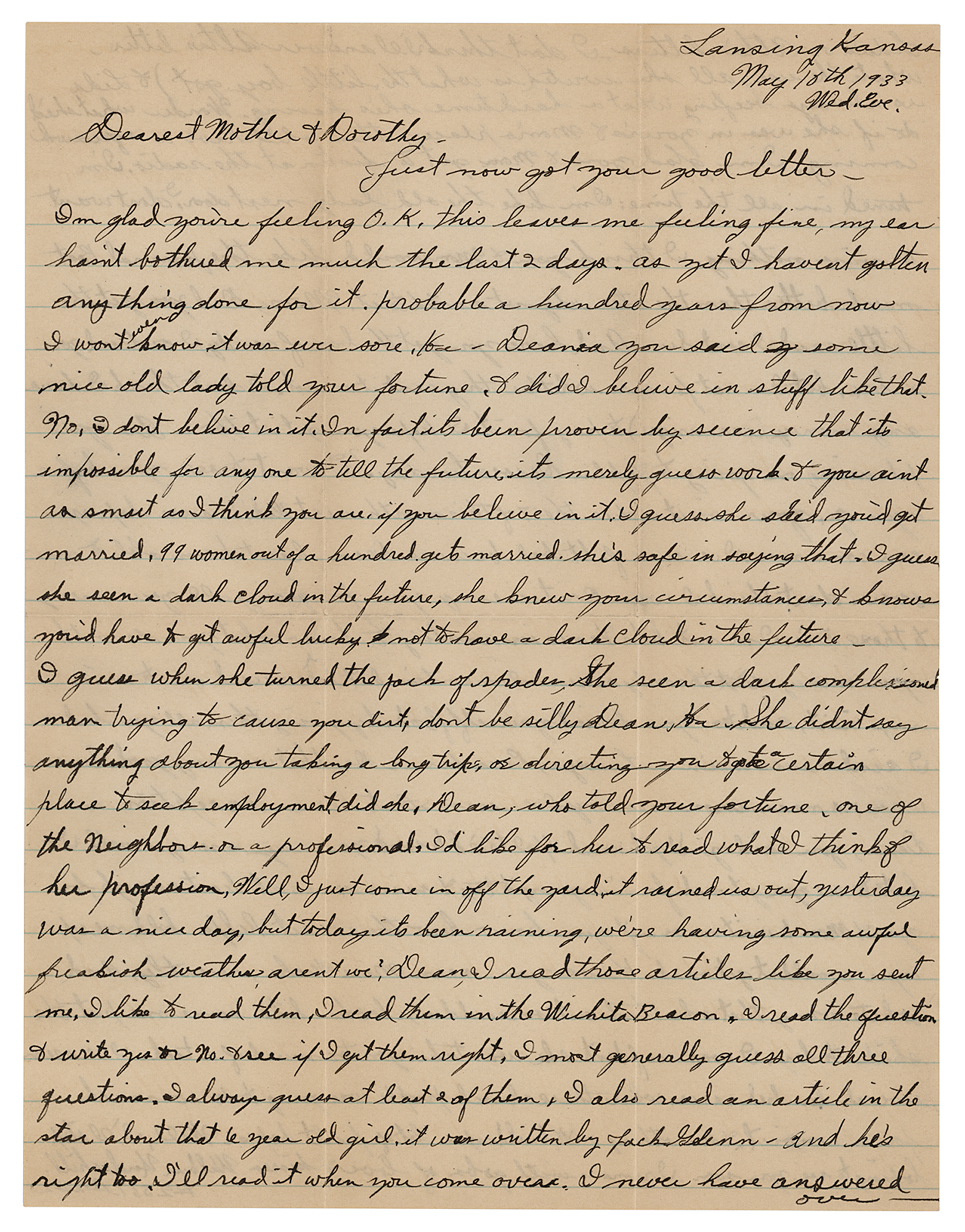 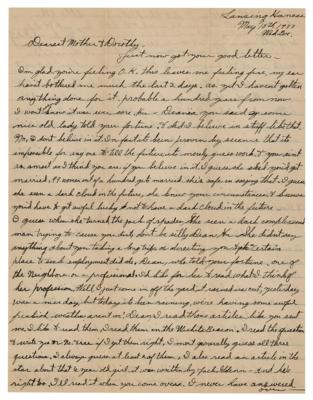 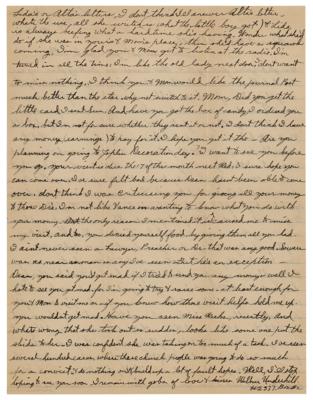 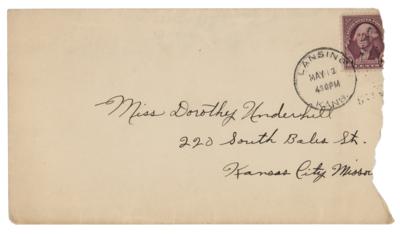 American criminal, burglar, bank robber, and Depression-era outlaw (1901-1934). Often called ‘Mad Dog’ or the ‘Tri-State Terror,’ he was one of the most wanted bandits in Oklahoma during the 1920s and 1930s and co-led a gang with Harvey Bailey that included many fellow Cookson Hills outlaws. ALS signed “Walter Underhill, #2337, Box #2,” one page both sides, 8.5 x 11, May 10, 1933. Addressed from the Lansing Correctional Facility in Kansas, a handwritten letter to his mother, Nancy Almira Hutchison, and his sister, Dorothy Dean Underhill, in part: “Dean, you said some nice old lady told your fortune & did I believe in stuff like that. No, I don’t believe in it. In fact it’s been proven by science that it’s impossible for anyone to tell the future it’s merely guess work & you ain’t as smart as I think you are if you believe in it…I’d like for her to read what I think of her profession. Well, I just come in off the yard, it rained us out, yesterday was a nice day, but today it’s been raining, we’re having some awful freakish weather aren’t we, Dean…I’m glad you and Mom get to listen at the radio. I’m tuned in all the time. I’m like the old lady next door. I don’t want to miss nothing…Mom, did you get the little card I sent Sun. and have you got the box of candy…your visit is due the 17 of this month next Wed. I sure hope you can come over…Dean, you said you’d get mad if I tried to send you any money & well I hate to see you get mad, for I’m going to try and raise some at least enough for you & Mom to visit me on—if you knew how those visit helps hold me up you wouldn’t get mad.” In fine condition. Accompanied by the original hand-addressed mailing envelope postmarked from Lansing.

This letter dates to less than three weeks before Underhill escaped from the Lansing Correctional Facility on May 30, 1933. Underhill and 10 other inmates used pistols smuggled in by Frank ‘Jelly’ Nash to perform the mass prison break, which included fellow outlaws Harvey Bailey, Jim Clark, Frank Sawyer, Ed Davis, and Robert ‘Big Bob’ Brady. Many of these men later became members of the gang headed by himself and Bailey as they set off on a crime spree lasting a little over six months.