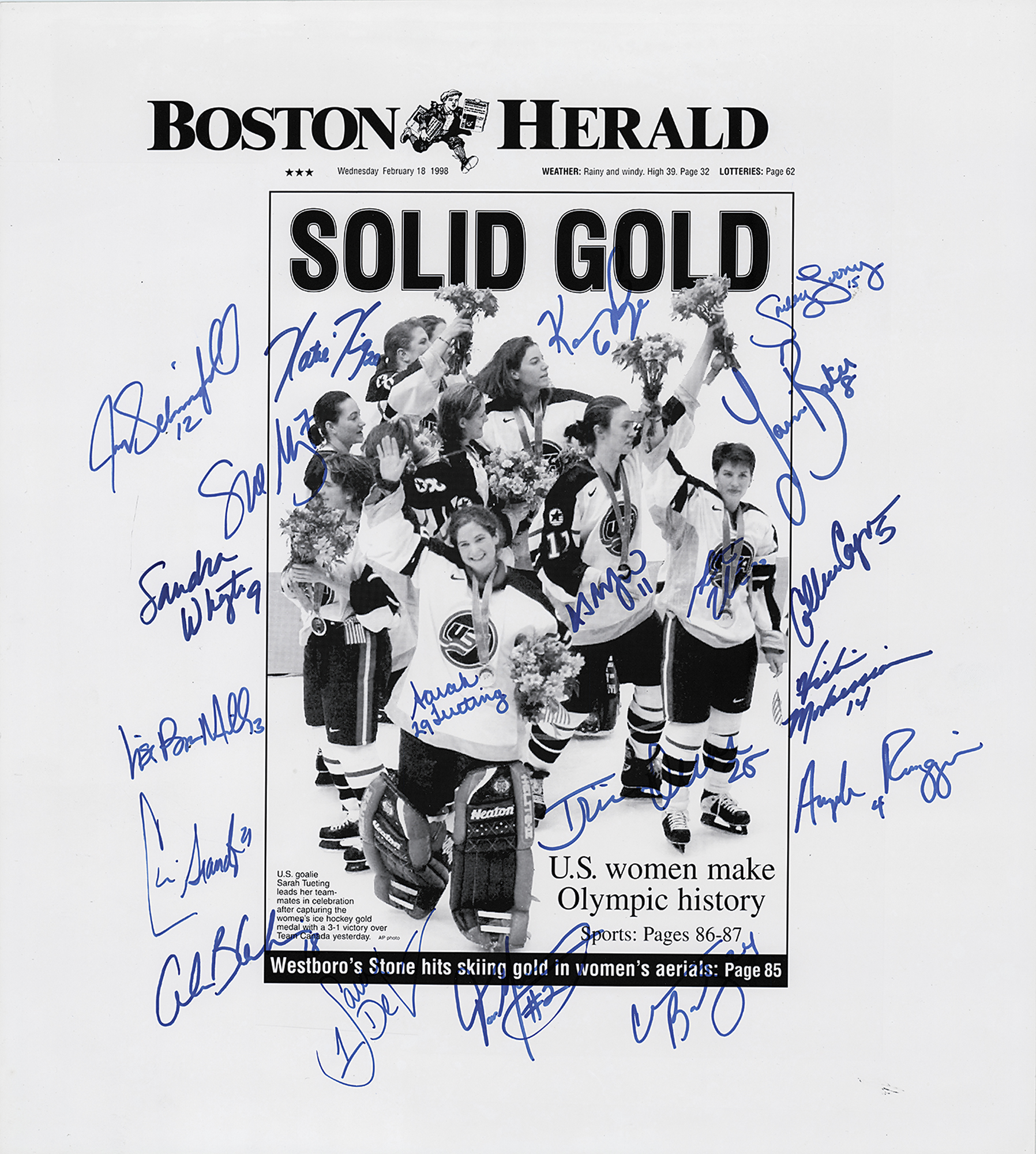 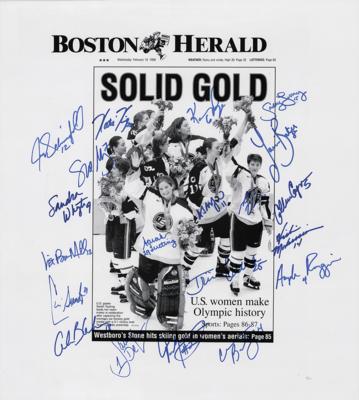 Limited edition poster, one of 22 issued, featuring the front page of the Boston Herald newspaper from February 18, 1998, which depicts members of the American women’s ice hockey team that won gold at the Nagano 1998 Winter Olympics, signed in blue felt tip by all 20 of the team's players—Chris Bailey, Laurie Baker, Alana Blahoski, Lisa Brown-Miller, Karyn Bye, Colleen Coyne, Sara Decosta, Tricia Dunn, Cammi Granato, Katie King, Shelley Looney, Sue Merz, Allison Mleczko, Tara Mounsey, Vicki Movsessian, Angela Ruggiero, Jenny Potter, Sarah Tueting, Gretchen Ulion, and Sandra Whyte. Rolled and in fine condition. The consignor notes that this poster and 21 others were specially made by an employee of the Boston Herald; each member of the team was given one of these posters.