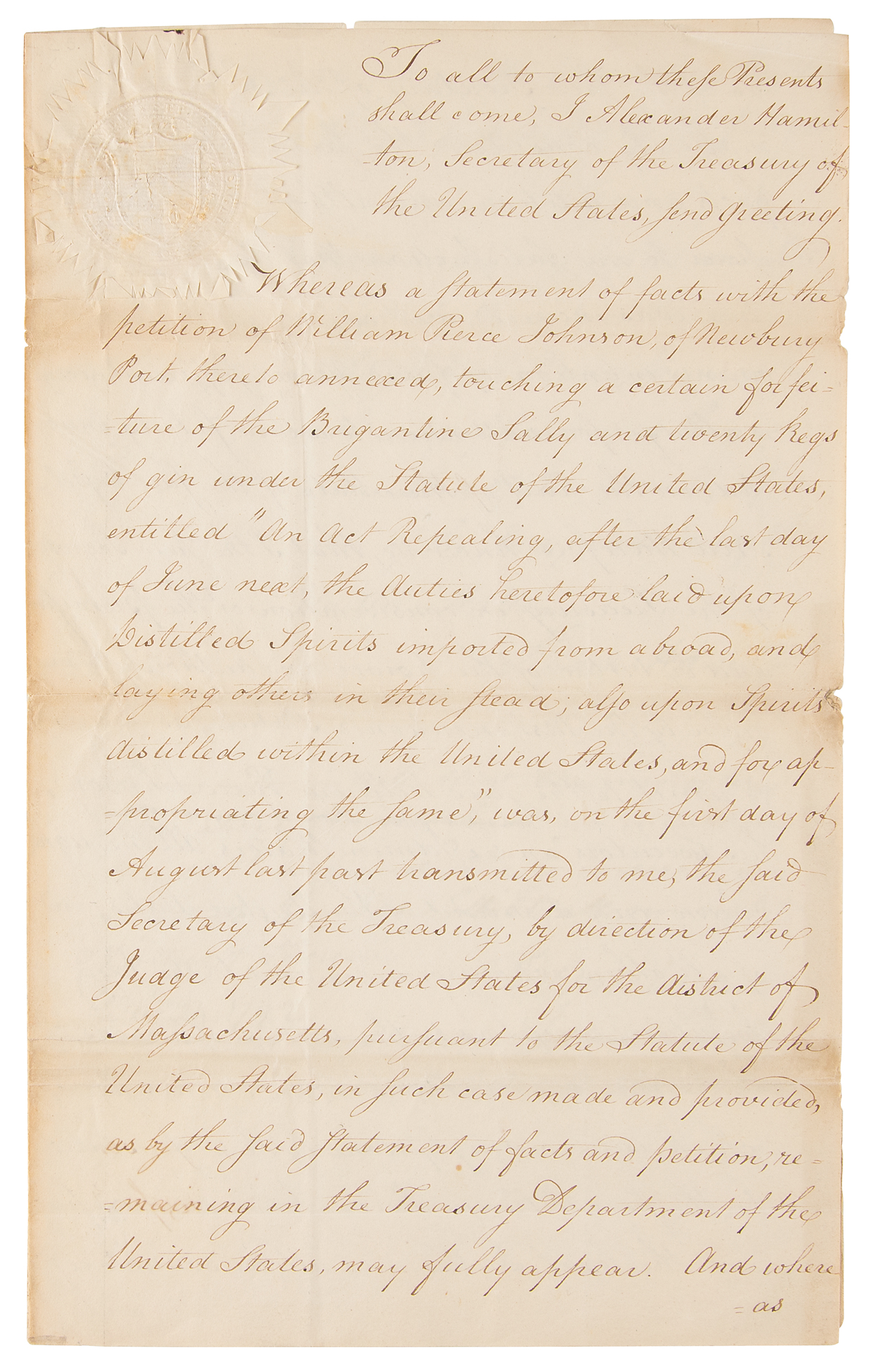 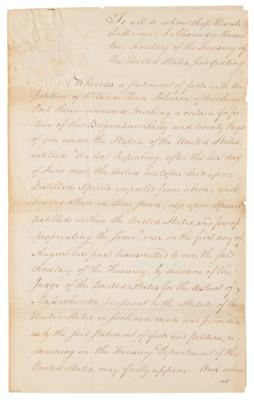 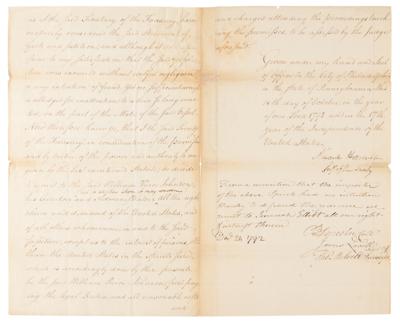 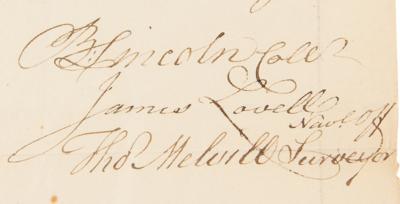 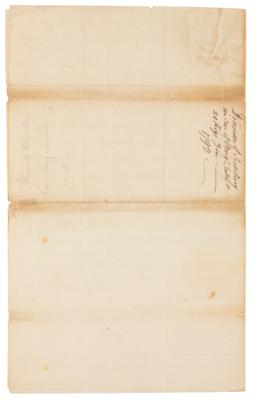 Manuscript DS, signed “Alexandr Hamilton, Secy of the Treasy,” three pages on two adjoining sheets, 7.75 x 12.75, October 18, 1792. As taxes on imports were a part of the Treasury department's responsibility from its inception, this document finds Hamilton making a formal finding in a case involving import duties on distilled spirits. One William Pierce Johnson, of Newbury Port, had appealed his forfeiture of “the Brigantine Sally and twenty kegs of gin” on the grounds that the law under which the property was seized had since been repealed by a new Act. Hamilton, “by virtue of the power and authority to me given,” has “maturely considered the said statement of facts and petition, and although it doth appear to my satisfaction that the said forfeiture was incurred without willful negligence or any intention of fraud, yet no sufficient excuse is alleged for inattention to a law so long enacted on the part of the Mate of the said Vessel.” He therefore grants Johnson's petition, and orders that the forfeiture will be suspended, while “Johnson [will] pay…the legal duties, and all reasonable costs and charges attending the proceedings…to be assessed by the Judge aforesaid.” Signed at the conclusion by Hamilton, and countersigned by Benjamin Lincoln as collector, James Lovell as a naval officer, and Thomas Melville as surveyor. Lincoln adds a five-line note, stating that “the importer…had no intention to defraud the Revenue.” The first page retains the original embossed paper seal. In very good condition, with light toning and creasing, small old repairs, and archival reinforcement along the hinge. As the nation's first Treasury Secretary, Hamilton enacted economic reforms aimed at promoting American industry. A key plank of his platform was an elaborate system of duties, tariffs, and excise taxes on goods from abroad, designed to make imports more expensive than domestic products. Hamilton's authority was further augmented by Congress by its adaptation of Section 43 of the March 3, 1791 'U.S. Distilled Spirits Act,' which granted Hamilton 'Summary Judgment' powers to make decisions in contentious federal tax-related issues.