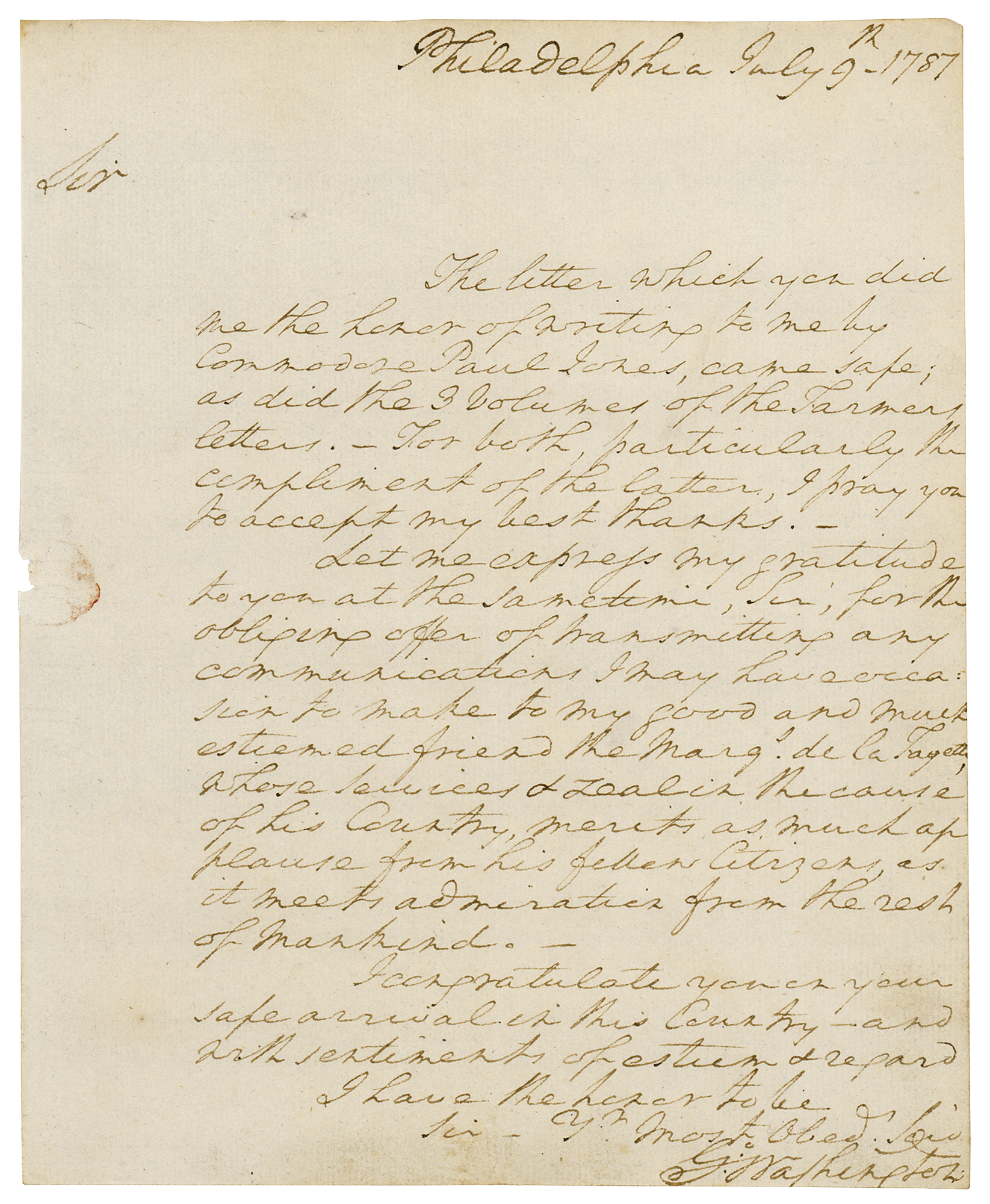 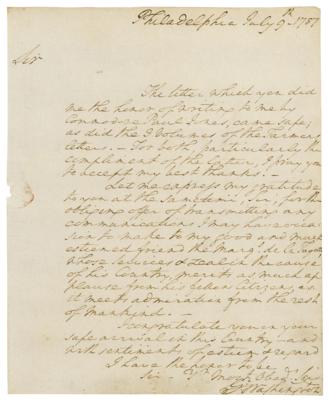 ALS signed “Go: Washington,” one page, 7.25 x 9, July 9, 1787. Important handwritten letter to Hector Saint John de Crèvecoeur, the author of Letters from an American Farmer, today recognized as being one of the first books in the canon of American literature. In the epistolary work, Crèvecœur comments on the emergence of an American identity, customs and manners, flora and fauna, the slave trade, and other wide-ranging topics. Washington writes from Philadelphia in the summer of 1787, where he was presiding over the Constitutional Convention, thanking Crèvecœur for a copy of his influential book and making direct references to Revolutionary War heroes John Paul Jones and the Marquis de Lafayette.

In full: "The letter which you did me the honor of writing to me by Commodore Paul Jones, came safe; as did the 3 volumes of the Farmers letters. For both, particularly the compliment of the latter, I pray you to accept my best thanks. Let me express my gratitude to you at the same time, Sir, for the obliging offer of transmitting any communications I may have occasion to make to my good and much esteemed friend, the Marq's de la Fayette, whose services & zeal in the cause of his Country, merits as much applause from his fellow Citizens as it meets admiration from the rest of mankind. I congratulate you on your safe arrival in this Country—and with sentiments of esteem & regard I have the honor to be, sir—yr. most obed. serv." In fine to very fine condition.

Just ten weeks later, Washington and 38 other delegates to the Constitutional Convention at Philadelphia would sign the document they created: the Constitution of the United States. During this period, Commodore John Paul Jones was sailing throughout Europe—who, though having just entered into the service of the Empress Catherine II of Russia, retained his status as an American citizen and rank as an officer. Washington frequently entrusted him with the conveyance of important correspondence abroad, including his dispatches to Thomas Jefferson (then minister to France) and the Marquis de Lafayette. In September 1787, Washington wrote to both via Commodore Jones, enclosing copies of the new Constitution. A remarkable letter linking four important early American figures.