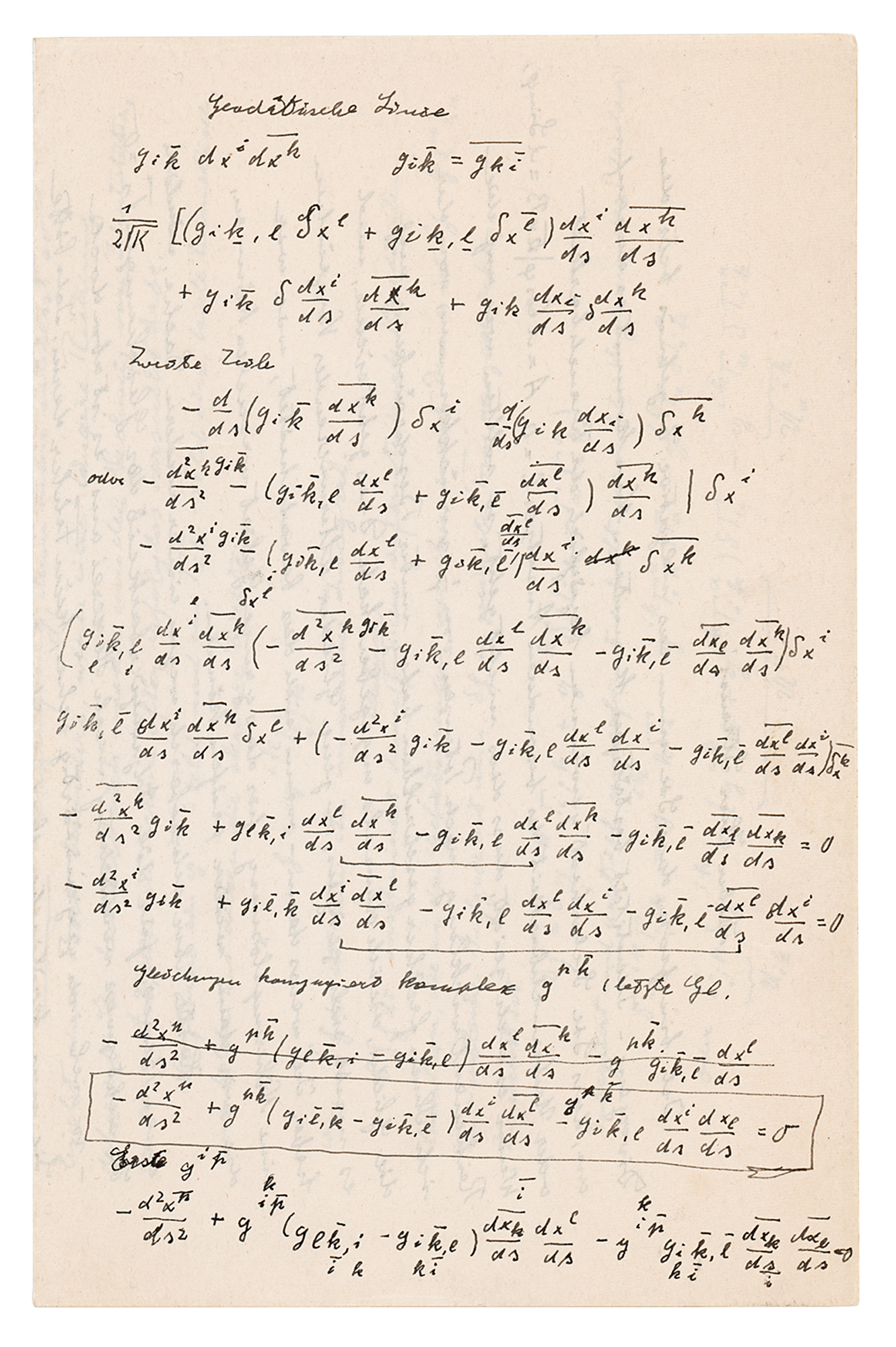 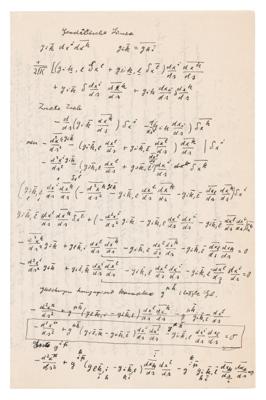 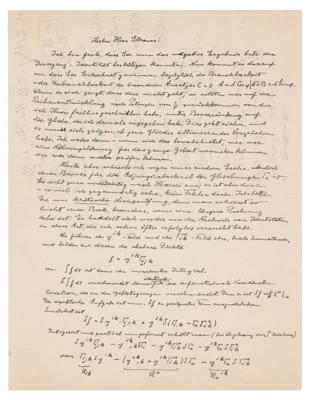 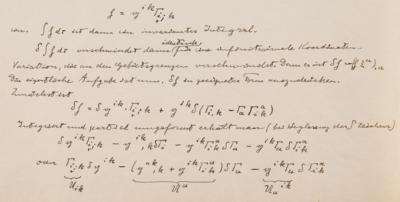 Handwritten letter in German from Albert Einstein, unsigned, one page both sides, 8.5 x 11, no date (circa 1945-50), sent to his former assistant, the German-American mathematician Ernst Gabor Straus, which reads (translated): “I am glad that you were able to confirm the negative result regarding the divergence identity…Now the point is that you gain confidence in terms of the usefulness, or uselessness, of the particular approach [Einstein writes out a short formula] If it turns out that this does not work, we should return to the series expansion in powers of [formula], of which I wrote to you earlier, with the restriction to the terms that I gave at the time. This is safe, and it must be shown whether those terms have alternating signs. I then know—if this proves to be true, how we can try an approximate solution for the whole area which we can then further examine…But today I am writing about another matter, namely a proof for the inequality of adjunction of the equation Ts=0. It looks suspiciously like witchcraft: but there is—as far as I can see at the moment, not a fault in it. I ask you for a critical re-examination, because it is so easy to shoot a buck, especially when a long calculation is included. It is again a matter of proving identities, in a way that I have tried several times without success.” In the lower section, Einstein has neatly penned several lines of scientific formulae and, to the complete right half of the reverse, the physicist has meticulously and neatly written out over ten lines of calculations and equations, which is headed “Geodatische Linie” (Geodesic Lines). It remains unknown whether this letter is complete or partial. In fine condition. Accompanied by a custom cloth-and-leather padfolio.

Ernst Gabor Straus (1922-1983), born in Munich, had fled Nazi persecution and studied mathematics in Palestine at the University of Jerusalem, then in the United States. In 1944 he became Einstein's assistant at the Princeton Institute of Advanced Study, bringing important aid to the physicist as Straus formulated a mathematical framework for Einstein's concepts. They co-authored three papers and brought together many of Einstein's old publications. It was during their collaboration that a new idea was conceived in the search for a theory of the unified field, which they called 'Complex Theory.' The complex theory was distinguished from earlier approaches by the use of a metric tensor with complex values rather than the real tensor of general relativity. Papers were edited, rejected, and reworked before being published in 1948. A superb scientific letter from Einstein with strong associative content that is furthermore enhanced by his extensive manuscript formulae.