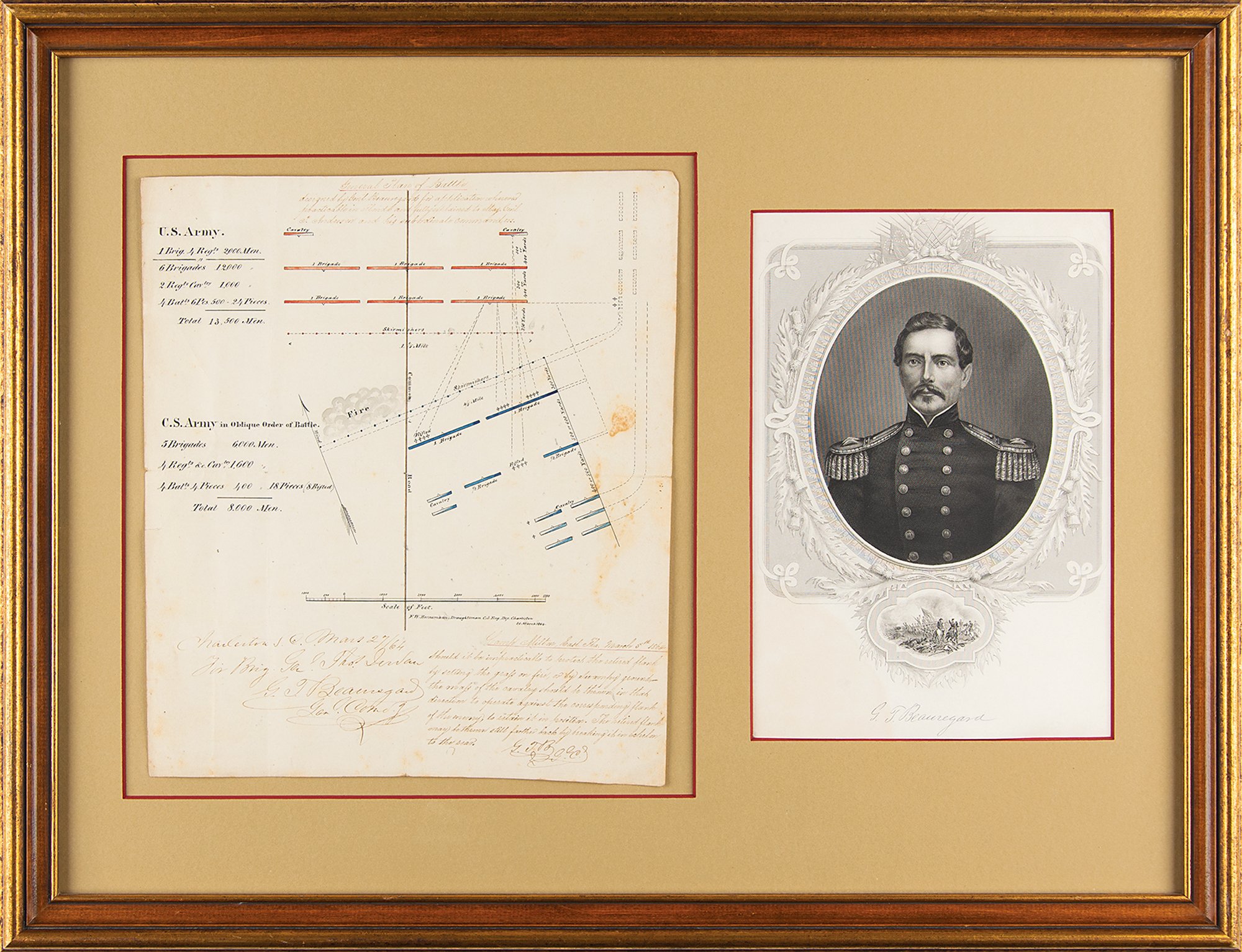 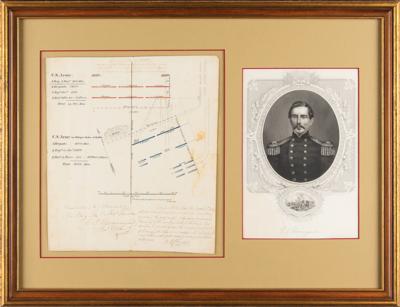 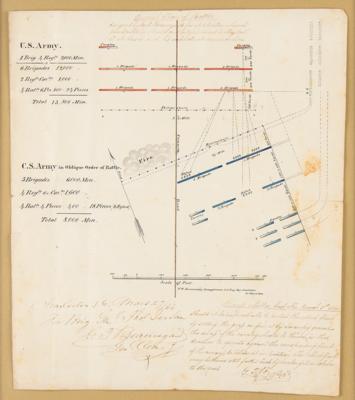 The map is headed, "General Plan of Battle designed by Gen'l Beauregard for application wherever practicable in Florida and fully explained to Maj. Gen'l P. Anderson and his subordinate commanders," and outlines a plan of battle by which 8,000 Confederate troops take on a Union Army force of 13,500 men. It shows the Confederate force of five infantry brigades, four regiments of cavalry, and four artillery battalions engaging the Federal troops from an oblique angle, protected by a natural obstacle on the left side (smoke from a grass fire is illustrated here). A manuscript note in the lower right reads: "Camp Milton, East Fla., March 5th 1864, Should it be impracticable to protect the retired flank by setting the grass on fire or by swampy ground,—the mass of cavalry should be thrown in that direction to operate against the corresponding flank of the enemy, to retain it in position. The retired flank may be thrown still further back by breaking it in echelon to the rear."

Handsomely mounted, matted, and framed with an engraved portrait of Beauregard (featuring a facsimile signature) to an overall size of 21.75 x 16.75. In fine condition, with scattered light staining. Consignor notes that this was purchased from Parke-Bernet Galleries in 1958, and has not been offered for sale since.

Beauregard was well-regarded as a military strategist, devising innovative plans for naval defense and designing offensives against superior troops. This plan was drawn up during Beauregard's command of coastal defenses in South Carolina, Georgia, and Florida. His men had just proved victorious in the Battle of Olustee on February 20, 1864, the largest battle fought in Florida during the war. In that battle, Union troops under General Truman Seymour, proceeding toward the state capital of Tallahassee, were cut off and repulsed by Confederate forces dispatched by Beauregard. Perhaps emboldened by their success, Beauregard designed this plan to take on further Union troops in Florida. A superb, visually impressive piece signed by the great Confederate tactician.