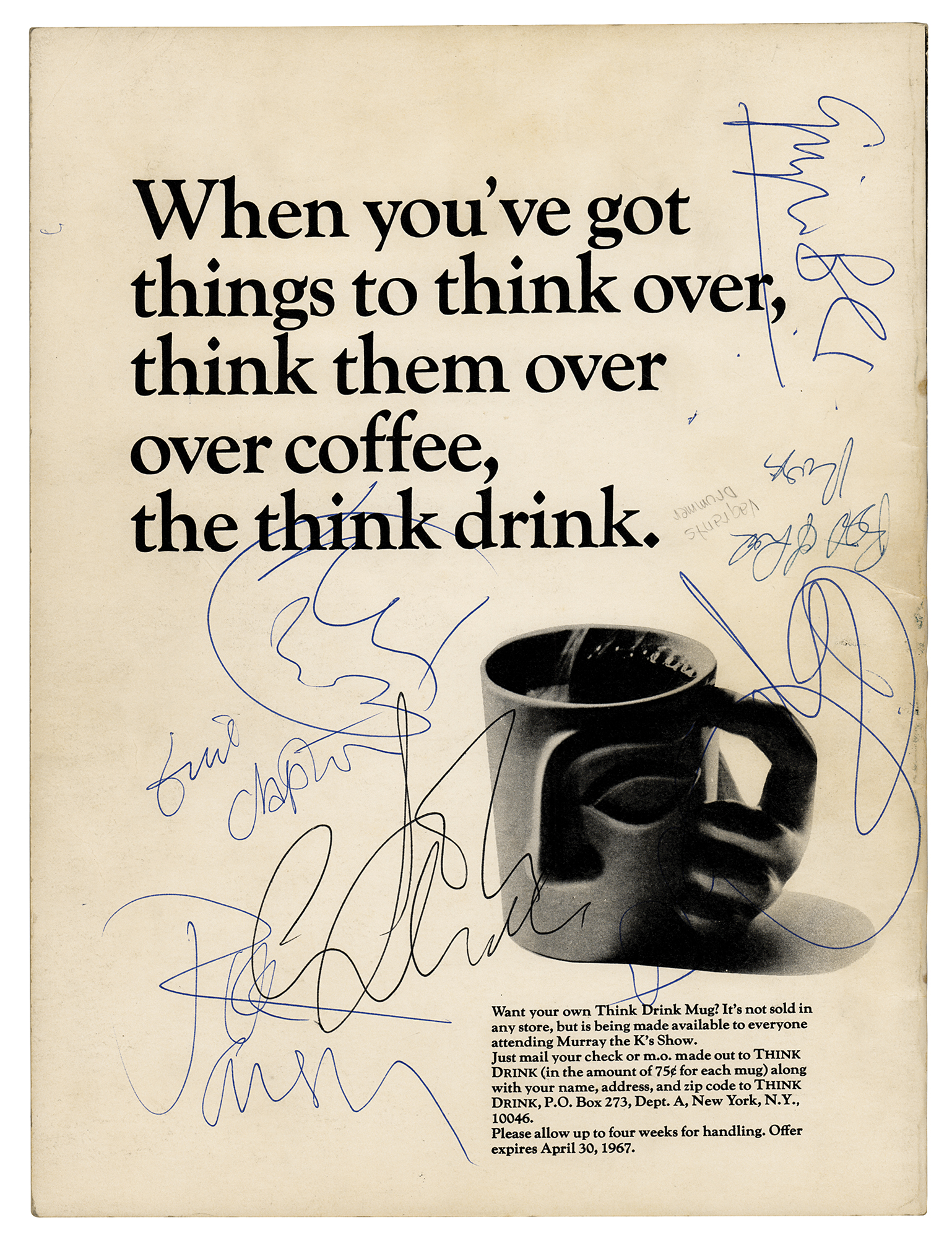 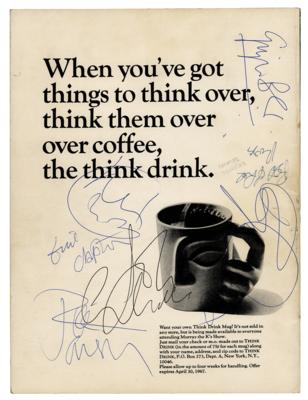 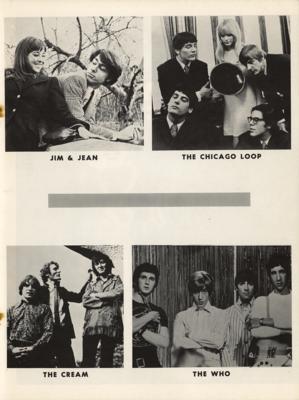 Incredible official program for Murray the K's Music in the Fifth Dimension musical showcase at New York's RKO Radio Theater on March 28, 1967, sixteen pages, 9 x 12, signed on the back cover in ballpoint by The Who (Keith Moon, Roger Daltrey, John Entwistle, and Pete Townshend) and by Cream musicians Eric Clapton and Ginger Baker. This rare program features assorted advertisements and images of all the scheduled acts, including: The Who, The Cream, Simon and Garfunkel, The Blues Project, Phil Ochs, Wilson Pickett, Mitch Ryder and many more. Program features an ownership notation to the last page, and the front cover is signed by an unknown hand. In fine condition, with light handling wear. Accompanied by a letter of provenance from the grandson of the original recipient.

Premier Talent Agency’s Frank Barsalona found out that Murray the K is desperate to book his lead client, Mitch Ryder, as the show's headliner for his 1967 Easter extravaganza. Ryder was a major star at the time, and Barsalona used that as leverage to easily persuade Murray to add to the Easter lineup add two acts he just signed to his agency: The Who and Cream. The Who’s now historic, show-stealing American debut performances at the RKO Theatre wowed the audiences and furthered their reputation to the point where they were booked as one of the major performers at the upcoming Monterey Pop Festival in California that June.

While Murray the K's traditional Easter break shows were a can't miss for young rock and roll enthusiasts, the 1967 event, which featured five shows a day at the RKO Theater from March 25th-April 2nd, proved particularly momentous due to the American debuts of unknown British bands The Cream and The Who. Much has been written about this fabled Easter week of performances on and off stage produced by Murray the K. An extremely rare program considered one of the 'holy grails' of rock concert programs, which is made all the more desirable by the super rare addition of several rock star signatures—this marks the first signed Murray the K's Easter program that we have ever seen. To make this signed program even more interesting, it’s also the first time that we’ve seen the autographs of legendary drummers Keith Moon and Ginger Baker on the same item.