Rare four-page handwritten letter by Beethoven to his librettist, emphasizing the 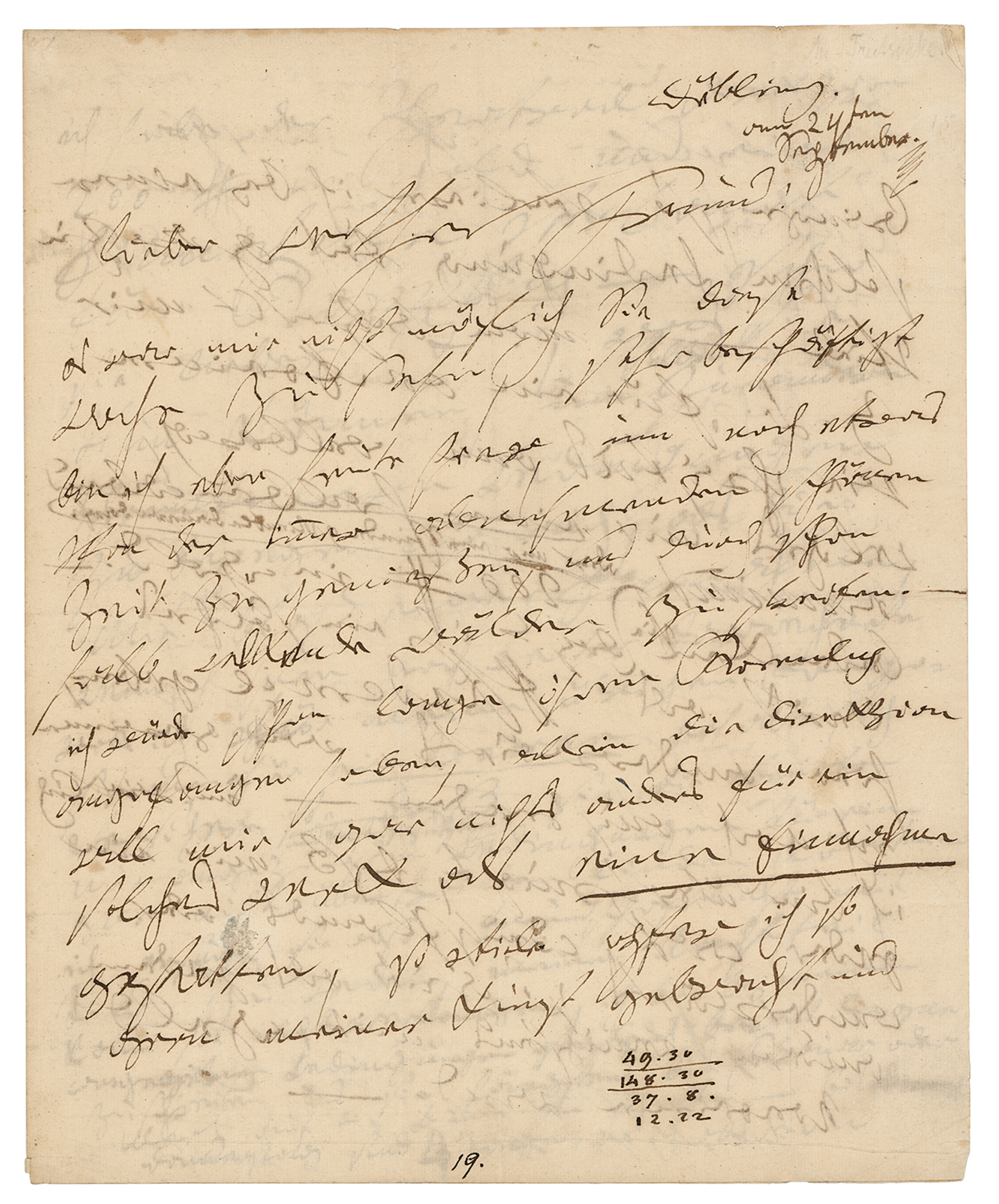 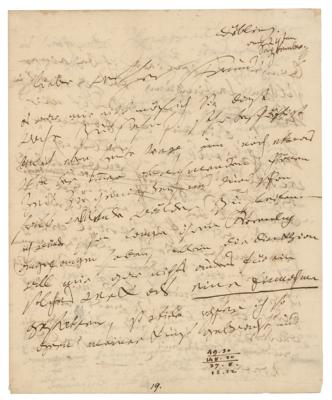 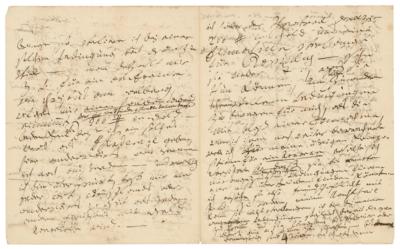 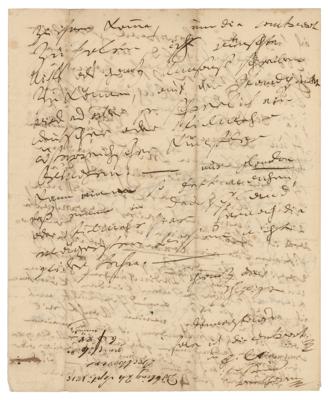 Rare four-page handwritten letter by Beethoven to his librettist, emphasizing the

ALS in German, signed “Ihr Freund Beethoven,” four pages on two adjoining sheets, 8.25 x 10, September 24, 1815. Handwritten letter by Ludwig van Beethoven to his librettist, the court poet Friedrich Treitschke, asking him to help secure two hundred gold ducats payment for their planned opera 'Romulus und Remus.' In part (translated): "It was not possible for me to see you this week, I am too busy even to-day to enjoy the gradually disappearing beautiful weather, and to rove about in the half withering woods. I should long ago have commenced on your Romulus, but the theatre management will only grant me one evening's receipts for such a work; and however many sacrifices I have willingly made and am making for the sake of my art, I really lose too much by such a condition. I am paid, for instance, for an oratorio such as the Christ on the Mount of Olives, which only takes half an evening, or only 1 hour and 9 minutes, 200 ducats in gold…

I am firmly convinced that any place in Germany or elsewhere would pay me at least as well as any other man. For Romulus I have asked from the theatre management, 200 ducats in gold and one evening's receipts. Dear Tr.—do what you can to induce them to make other and more honourable conditions for me than the mere one evening's receipts. Moreover, if I were to tell them what I receive in the way of fees for my other compositions, I assure you that they would not find the conditions exorbitant which I have mentioned and settled upon for one opera. I therefore beg you in a friendly way to speak with N. N.; they cannot wish me to be a loser. I am quite ready on the conditions I have named to begin writing the opera, and to have it ready for the stage at latest in February or March. Up to Thursday will be four days, when I shall come to you for the answer. There is nothing I should like better than to be able to write altogether gratis, but in the present state of things such a thing would be difficult for a German, or much more an Austrian artist! Only London could make one so fat, that one would be able afterwards to resist in Germany, or rather here, the leanest bits." In fine condition.

Georg Friedrich Treitschke (1776-1842) was a librettist who had been principal of the Viennese Theater an der Wien from 1809 to 1814. In 1814 he had revised the libretto of Fidelio, Ludwig van Beethoven's only opera, at the composer's request. Beethoven then planned to compose the music for Treitschke's opera poem 'Romulus,' but eventually lost all interest due to the 'haggling management' of Count Ferdinand Palffy, who was then running the Theater an der Wien. With this letter, he hopes that Treitschke might intercede with his colleague to secure a better deal. In spite of a fierce drive to independently create music, he demands to be properly compensated for it—only in London, writes Beethoven, could he earn enough to return to Vienna and compose just for the sake of his art. A rare and important handwritten letter by the musical genius, discussing both his financial difficulties and a long-contemplated but never completed work.