Trumbo to Douglas, the Hollywood legend that hired him to write Spartacus— "The only existing copy of this book that's signed with the name to which I was born, and that other name you've enabled me to acquire" 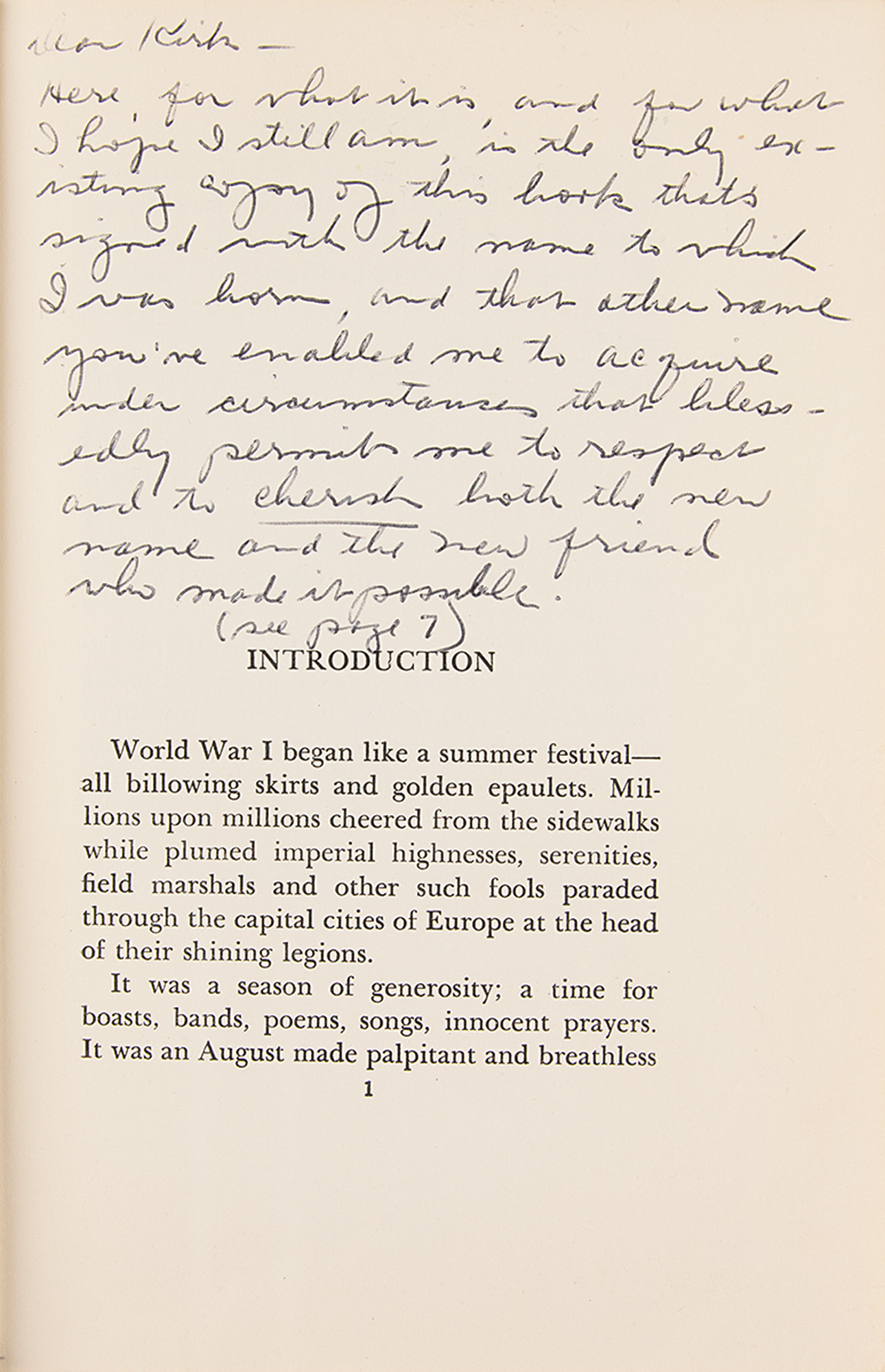 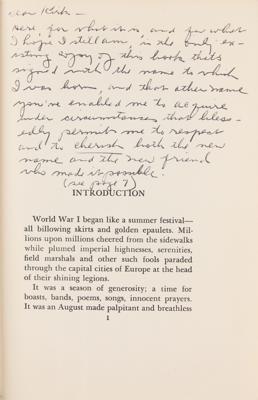 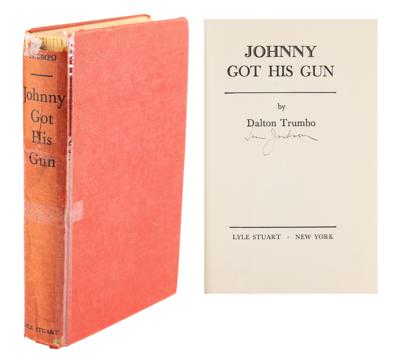 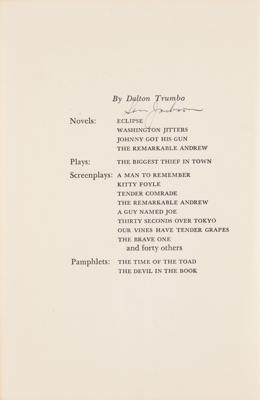 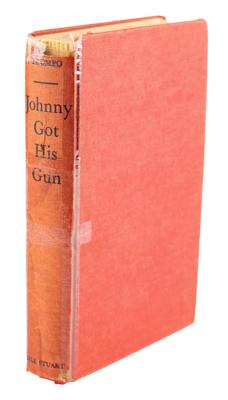 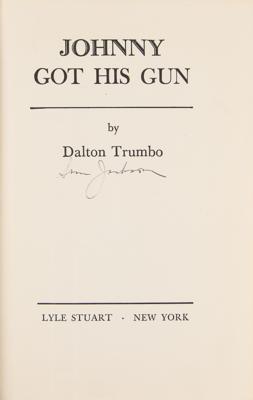 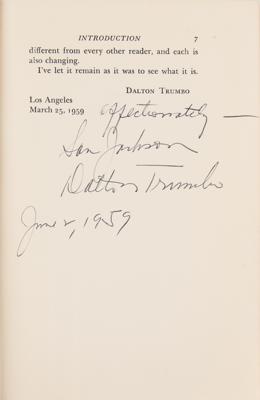 Trumbo to Douglas, the Hollywood legend that hired him to write Spartacus— "The only existing copy of this book that's signed with the name to which I was born, and that other name you've enabled me to acquire"

Signed book: Johnny Got His Gun. Ninth printing. NY: Lyle Stuart, 1959. Hardcover, 5.5 x 8.25, 309 pages. Trumbo has inscribed the book in black ballpoint to Hollywood legend Kirk Douglas, adding his inscription on the introduction page, and then signing on the 7th page—"Dear Kirk, Here, for what it is, and for what I hope I still am, is the only existing copy of this book that's signed with the name to which I was born, and that other name you've enabled me to acquire under circumstances that blessedly permit me to respect and to cherish both the new name and the new friend who made it possible. (see page 7)" and "Affectionately—Sam Jackson, Dalton Trumbo, June 2, 1959." Additionally, Trumbo has signed "Sam Jackson" twice more within the book's opening pages. In very good to fine condition, with clear tape to the sunned, stained, and partially damaged spine; interior book pages are all clean and fine.

Kirk Douglas’s award-winning film Spartacus, which was directed by Stanley Kubrick, became the first movie in which Hollywood declared its opposition to the prevailing atmosphere of McCarthyism by crediting a blacklisted author by his real name rather than a pseudonym. Having the produced with Trumbo attached was a different matter, an issue Douglas rectified by hiring Trumbo under the pseudonym Sam Jackson and waiting until Universal had spent $8 million before springing the news on execs. According to Douglas: ‘When I hired Dalton Trumbo to write Spartacus under the pseudonym Sam Jackson, we all had been employing the blacklisted writers. It was an open secret and an act of hypocrisy, as well as a way to get the best talent at bargain prices. I hated being part of such a system.’ A superb offering of great intimacy and historical import, one that should appeal immensely to bibliophiles and cinephiles alike.

Originates from the family collection of Hollywood legend Kirk Douglas.