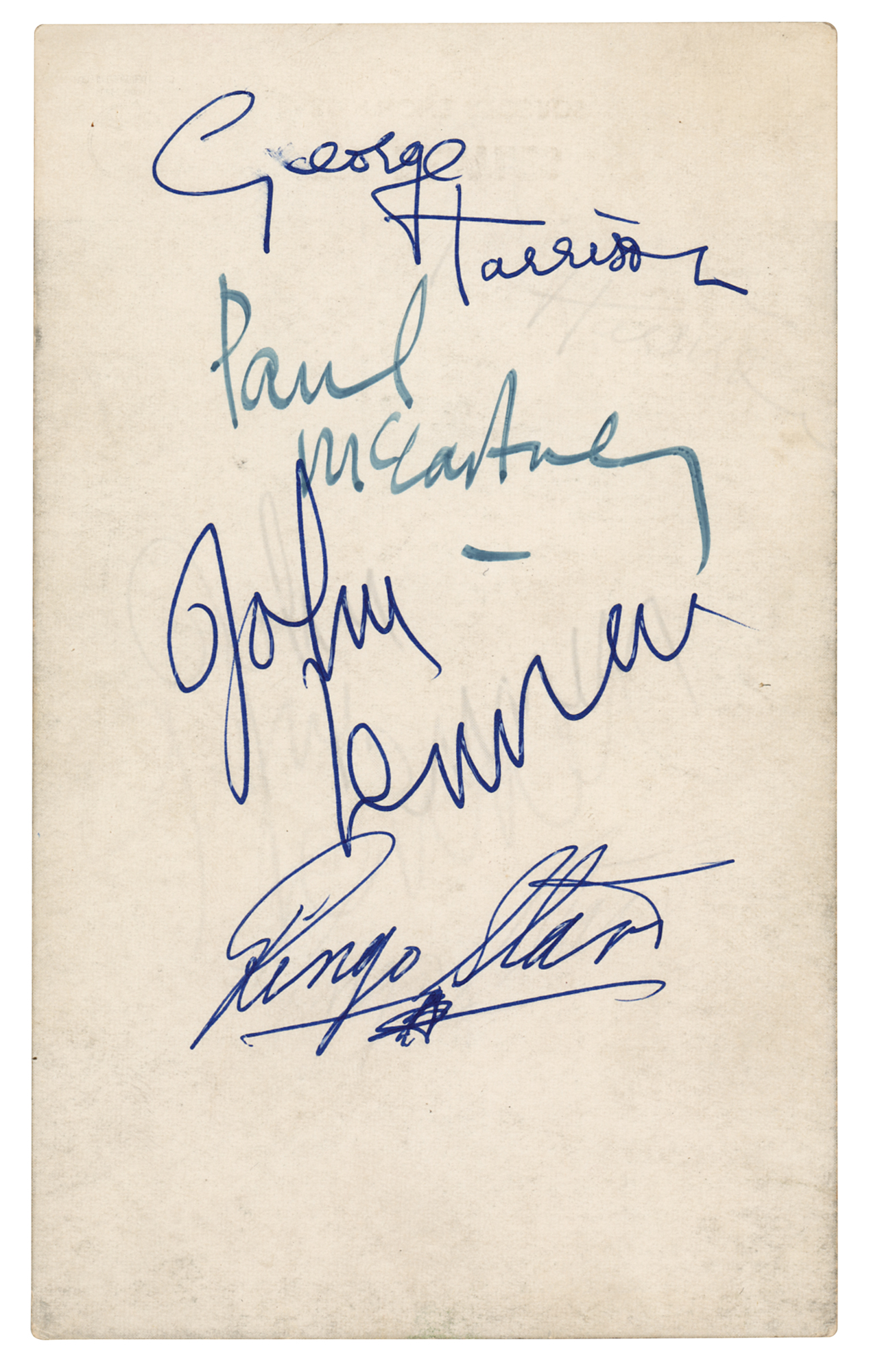 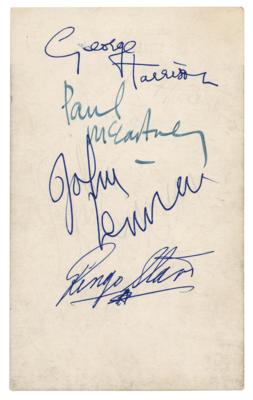 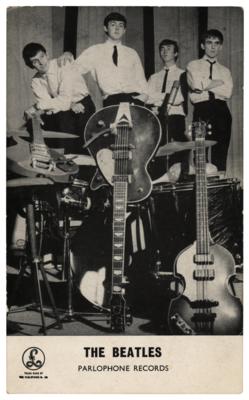 Rare October 1962 first issue Parlophone Records promo card, 3.5 x 5.75, showing the Beatles posing together behind their instruments, crisply and neatly signed on the reverse in blue fountain pen by Paul McCartney, and in blue ballpoint by John Lennon, George Harrison and Ringo Starr. The front image was originally taken by photographer Dezo Hoffman at Abbey Road Studios on September 4, 1962, when the Beatles were recording their first single, 'Love Me Do.’ The consignor notes that the autographs were obtained at the Carfax Assembly Rooms in Oxford, England, on February 16, 1963. In very fine condition.

Accompanied by a certificate of authenticity from Tracks, and by a letter of provenance from the original recipient, which reads, in part: “The publicity postcard, complete with four autographs…was obtained by me on Saturday, February 16, 1963 at a concert in the Carfax Assembly Rooms in Oxford…At the interval we asked to go back-stage, claiming that we were friends of The Beatles…At this stage The Beatles had released only two singles: ‘Love Me Do’ in October 1962, and ‘Please Please Me’ in January 1963, so security was non-existent and we were allowed to enter their dressing-room…They were friendly and good-humoured. We watched their whole set from the wings…Afterwards we stood around in their dressing-room. John’s voice was husky and he sucked throat sweets continually. Having got their autographs, we invited them to a party that we were going on to, but they had to be in Teddington Studios (Middlesex) the next morning in order to record an episode of the TV music programme ‘Thank Your Lucky Stars.’’ An ideal uninscribed example boasting a full set of crisp vintage signatures.