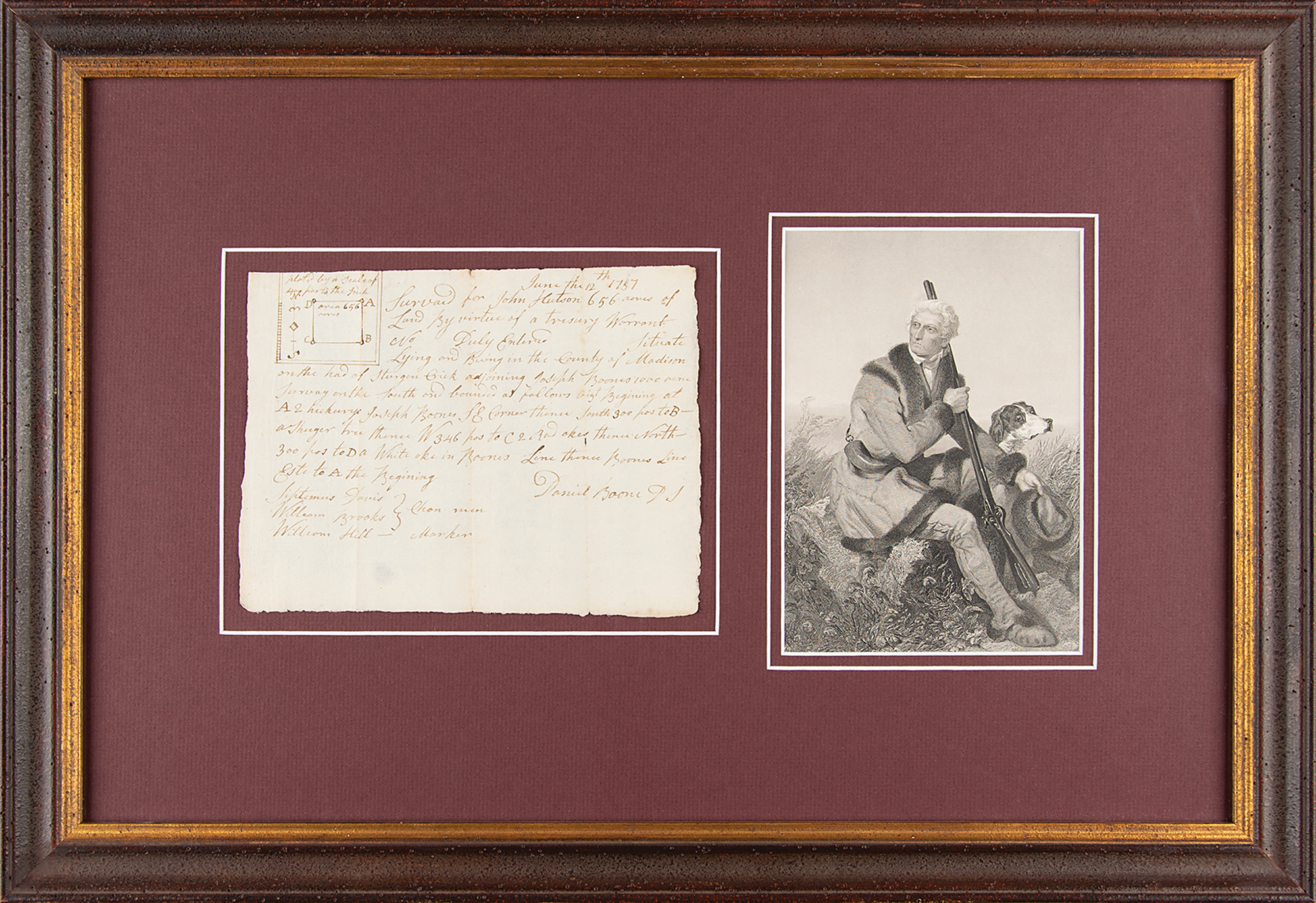 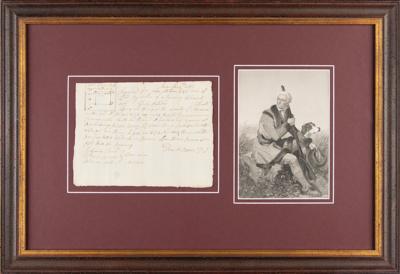 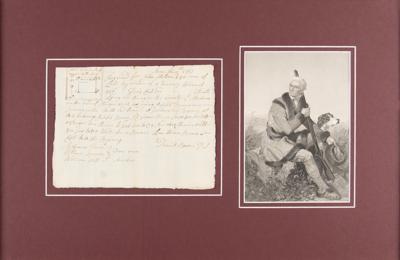 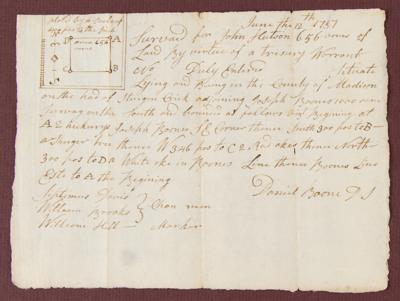 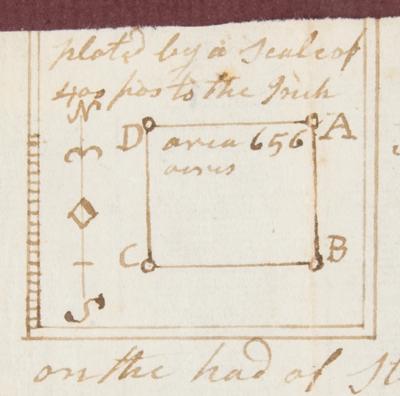 Remarkable ADS entirely in Boone's hand, signed as deputy surveyor, "Daniel Boone DS," one page, 8.25 x 6.25, June 12, 1787. A neatly handwritten survey for 656 acres of land undertaken by Boone with the assistance of Septimus Davis and William Brooks as chain-men and William Hill as marker. In part: "Survaid for John Hutson 656 acres of Land by virtue of a tresury Warrant…Situate Lying and being in the County of Madison on…Sturgen Crick adjoining Joseph Boones 1000 acre Survay on the south.” Signed neatly at the conclusion by Boone, who adds the names of his chainmen and marker. In the upper left, Boone draws a diagram of the land in question, noting: "area 656 acres, plated by a scale of 400 poles to the Inch." Archivally double-matted and framed with an engraved portrait of the legendary outdoorsman to an overall size of 23.25 x 16. In fine condition.

The referenced Joseph Boone is ostensibly the son of Daniel Boone’s younger brother Edward ‘Ned’ Boone, who was purportedly killed by Indians while hunting with Daniel in October of 1780. Following Ned’s death, Daniel and other family members helped care for the widowed Martha Bryan Boone and her children, and, in the mid-1780s, Joseph and his brother George occasionally worked on their Uncle Daniel’s survey crew, with Joseph as a chain-hauler and George as a marker.

As a pioneer and frontiersman, Daniel Boone was influential in extending the nation beyond the peaks of the Allegheny Mountains. With the company of his brother Squire, he explored the Kentucky wilderness from 1767 to 1769, and eventually settled his family in the territory in 1773. Two years later he extended the Wilderness Road over the Cumberland Gap through the Allegheny Mountains and erected three settlements, one of which was named ‘Boonesborough.’ In the wake of the Revolutionary War, Boone resettled in Maysville, Kentucky, and was elected to the Virginia state assembly in 1787. His military pursuits over, Boone became a local celebrity and for a period earned a profitable living as a tavern keep, a surveyor, a horse trader, and a land speculator. The legalities of the latter soon caught up with Boone’s sense of honor and weak investment strategies, and in 1788 he moved upriver to Point Pleasant, Virginia, operating at a trading post and then occasionally as a surveyor's assistant. An interesting land document dating to the most prosperous period of Boone’s life.