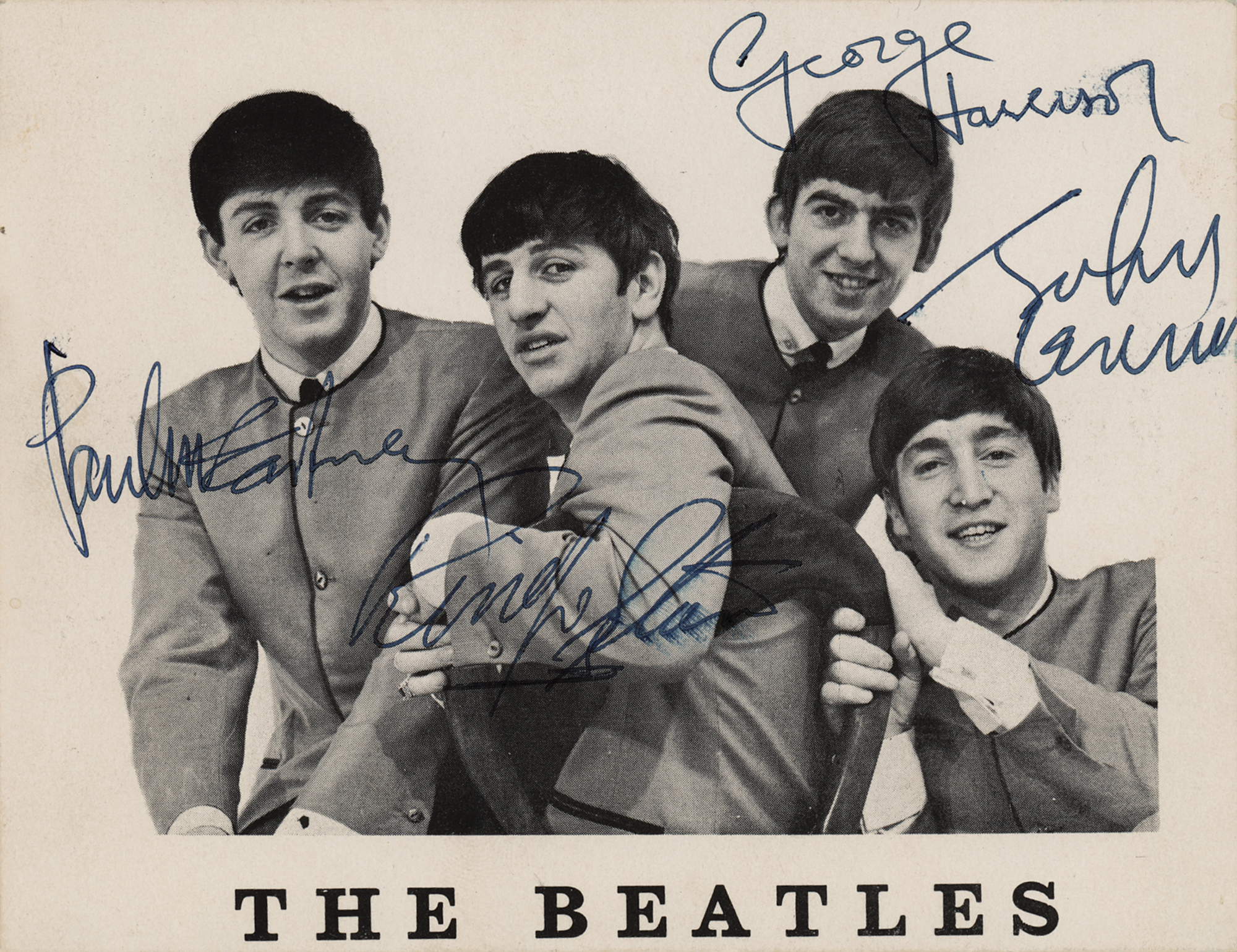 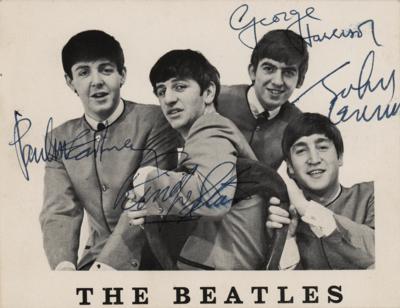 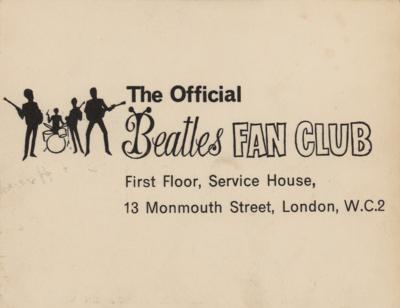 Accompanied by a certificate of authenticity from Tracks and by a letter of provenance from a relative of the original recipient, Christina McKellar, who for many years worked in the Playhouse Theatre in London. "From 1951 to 1976, the BBC used the Playhouse as a recording studio. Many of the major names from the entertainment industry of the time performed there, including a large number of recording artists as well as TV stars. The most famous names to appear there were The Beatles. As part of its operation, the BBC ran a canteen within the theatre, where the artists were able to take refreshments. Christina served in this canteen in the 1950s and 1960s, and the stars of the day came to know her quite well. She obtained an autograph book in which she collected the autographs of many of these stars. In addition, several stars provided Kristy with promotional photos of themselves, which they signed for her. One of these cards is the aforementioned Beatles Fan Club card, hand signed by each of the four Beatles, circa 1963."

The Beatles recorded a live music session at the Playhouse Theatre, London twice during the period that the card would have been signed-December 17, 1963 and January 7, 1964-both performances later airing on the BBC radio show Saturday Club with Brian Matthew. In September 1963, the official Beatles Fan Club produced this photo card which contained the classic Dezo Hoffmann 'seated collarless suit pose' from the band's July photo session. Arguably, boasting one of the most iconic images of the band, this would be the last ever promo card produced by the Beatles Fan Club. The vast majority of these were signed by fan club secretaries and sent through the mail to excited fan club members. Authentically signed promo cards, especially with such solid provenance, have become incredibly scarce. Indeed, this is one of the finest examples we have seen, signed just weeks before the Beatles legendary appearance on the Ed Sullivan Show in NYC, followed by their historic first U.S. tour.