“Steve Jobs” waxes poetic as a high school junior—“When this you see, remember me, Little else can I say, remember me, as you may” 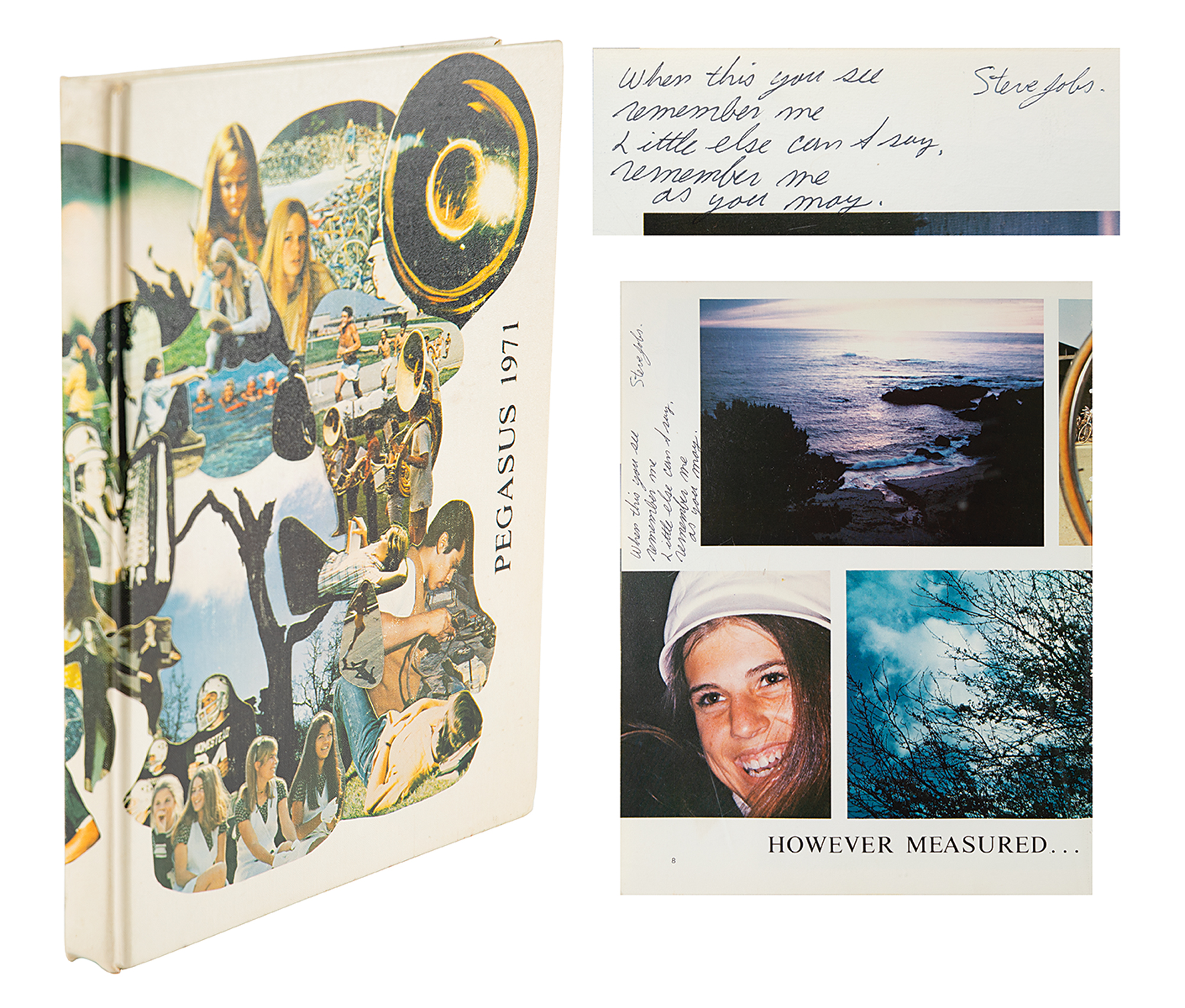 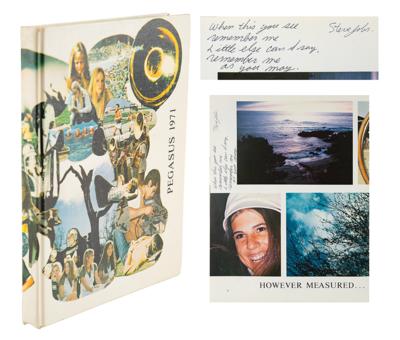 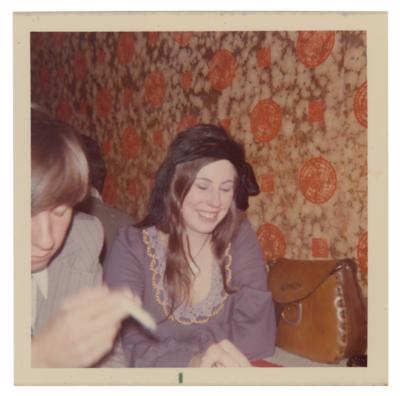 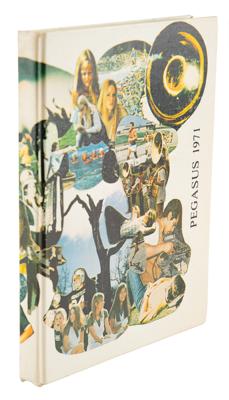 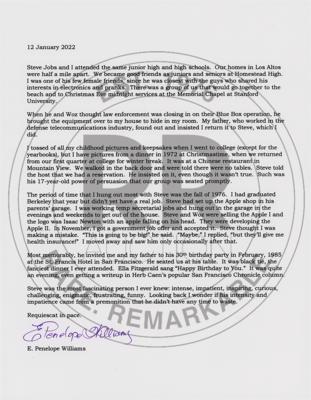 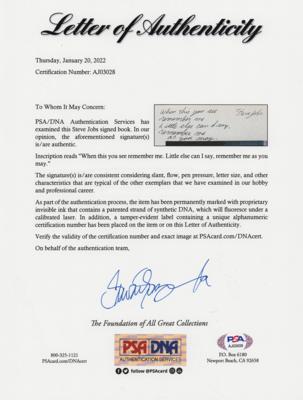 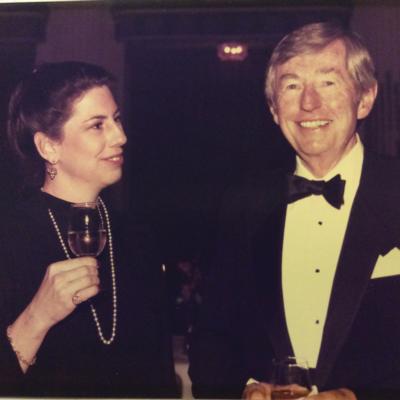 “Steve Jobs” waxes poetic as a high school junior—“When this you see, remember me, Little else can I say, remember me, as you may”

Amazing hardcover 1971 Pegasus yearbook from Steve Jobs's junior year at Homestead High School in Cupertino, California, 8.75 x 11.25, 210 pages. Jobs has signed vertically on page 8 in black ballpoint: "When this you see, remember me, Little else can I say, remember me, as you may. Steve Jobs." Jobs's handwritten poem was perhaps inspired by the Henry David Thoreau phrase running along the page's lower border, "However Measured…or Faraway." Additionally, Jobs is pictured as a member of the junior class on page 157; Chrisann Brennan, Jobs' girlfriend and the mother of his first child, is pictured as a sophomore on page 163; and Bill Fernandez, a close friend of Jobs and Apple employee No. 4, is pictured as a junior on page 156. The book bears multiple signatures and inscriptions to the original owner. In fine condition. A remarkable time capsule keepsake that, more than the vast majority of other Jobs-signed formats, offers a fascinating glimpse into his most developmental years. Jobs's poetic addition likewise harkens back to Apple's iconic 1997 'Think Different' television commercial, a salute to counterculture ideals and to 'the crazy ones, the misfits, the rebels, the troublemakers, the round pegs in the square holes.' While often misattributed to Jobs-it was created by a collective including Rob Siltanen and Lee Clow-the poem directed its message to the next generation, daring them to look outside the box, because, as the commercial explains: 'The people who are crazy enough to think they can change the world, are the ones who do.'

Includes a lengthy letter of provenance from the original owner of the yearbooks, a high school classmate of Jobs' at Homestead High School in Cupertino, California; a color 3.5 x 3.5 candid photo of the consignor that dates to a 1972 dinner she had with Jobs; and a photo of the consignor with her father at Jobs's extravagant 30th birthday party. Accompanied by a full letter of authenticity from PSA/DNA.

The provenance letter reads: "Steve Jobs and I attended the same junior high and high schools. Our homes in Los Altos were half a mile apart. We became good friends as juniors and seniors at Homestead High. I was one of his few female friends, since he was closest with the guys who shared his interests in electronics and pranks. There was a group of us that would go together to the beach and to Christmas Eve midnight services at the Memorial Chapel at Stanford University.

When he and Woz thought law enforcement was closing in on their Blue Box operation, he brought the equipment over to my house to hide in my room. My father, who worked in the defense telecommunications industry, found out and insisted I return it to Steve, which I did.

I tossed of all my childhood pictures and keepsakes when I went to college (except for the yearbooks), but I have pictures from a dinner in 1972 at Christmastime, when we returned from our first quarter at college for winter break. It was at a Chinese restaurant in Mountain View. We walked in the back door and were told there were no tables. Steve told the host that we had a reservation. He insisted on it, even though it wasn't true. Such was his 17-year-old power of persuasion that our group was seated promptly.

The period of time that I hung out most with Steve was the fall of 1976. I had graduated Berkeley that year but didn't yet have a real job. Steve had set up the Apple shop in his parents' garage. I was working temp secretarial jobs and hung out in the garage in the
evenings and weekends to get out of the house. Steve and Woz were selling the Apple I and the logo was Isaac Newton with an apple falling on his head. They were developing the Apple II. In November, I got a government job offer and accepted it. Steve thought I was
making a mistake. 'This is going to be big!' he said. 'Maybe,' I replied, 'but they'll give me health insurance!' I moved away and saw him only occasionally after that.

Most memorably, he invited me and my father to his 30th birthday party in February, 1985 at the St. Francis Hotel in San Francisco. He seated us at his table. It was black tie, the fanciest dinner I ever attended. Ella Fitzgerald sang 'Happy Birthday to You.' It was quite
an evening, even getting a writeup in Herb Caen's popular San Francisco Chronicle column.

Steve was the most fascinating person I ever knew: intense, impatient, inspiring, curious, challenging, enigmatic, frustrating, funny. Looking back I wonder if his intensity and impatience came from a premonition that he didn't have any time to waste."