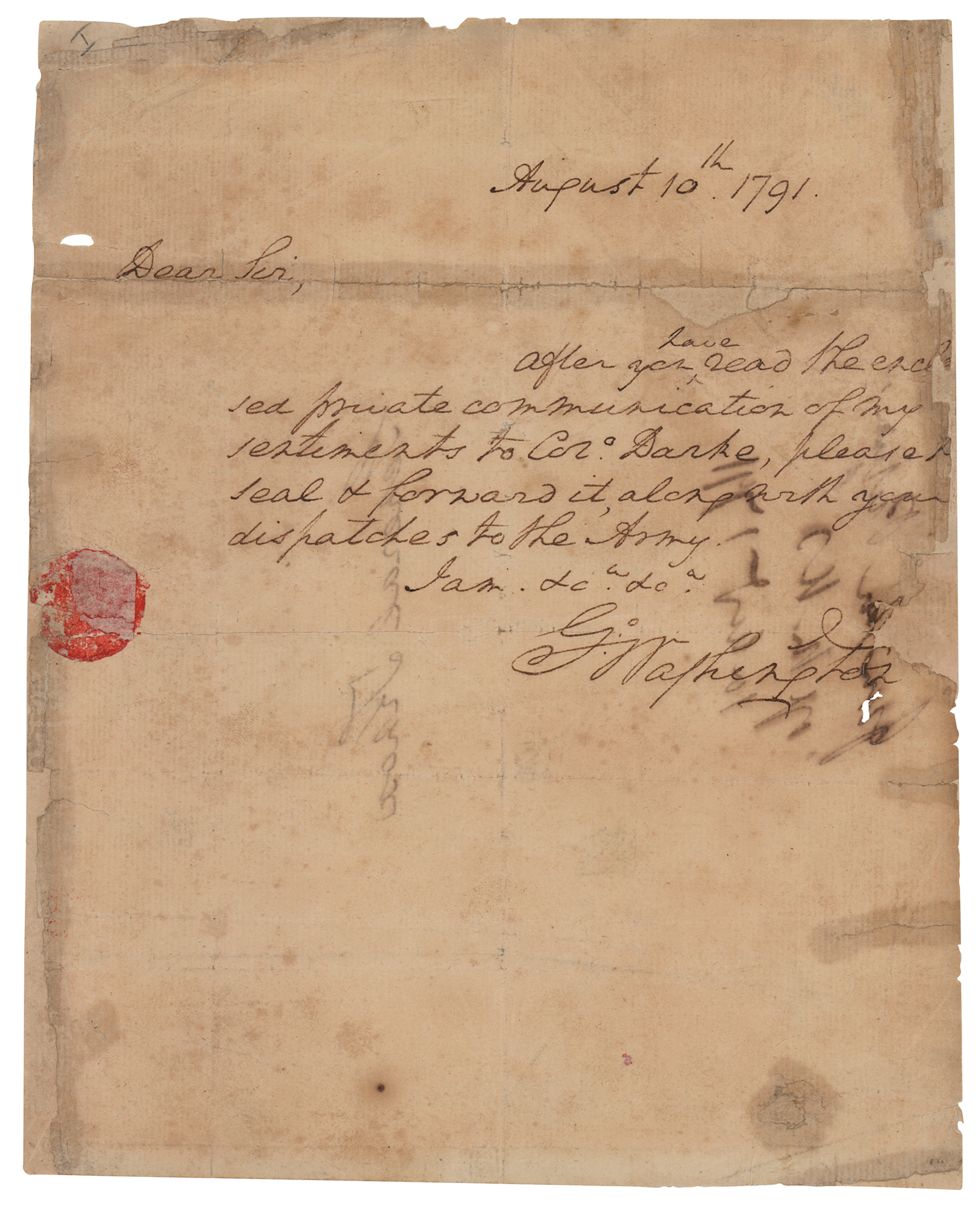 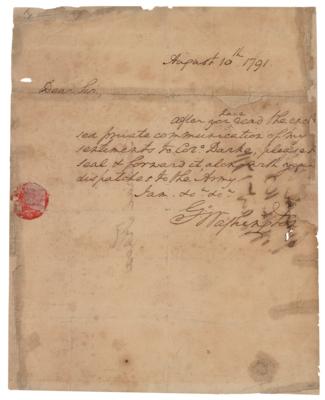 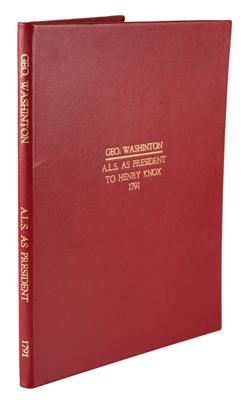 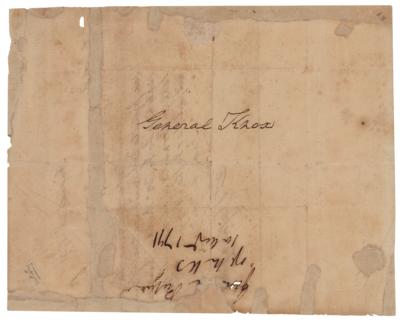 ALS signed "Go: Washington," one page, 7 x 8.75, August 10, 1791. Handwritten letter to Secretary of War Henry Knox, in full: "After you have read the enclosed private communication of my sentiments to Colo: Darke, please t[o] seal & forward it, along with your dispatches to the Army." Addressed on the reverse in Washington's hand to "General Knox," and docketed by Knox, "Fro[m] Presi[dent] of the US, 10 Aug't 1791." In very good to fine condition, with a small hole to the left of the salutation, old repairs to areas of paper loss, and ink erosion from docketing on the back, slightly affecting the end of the signature. Accompanied by a handsome custom-made finely bound full morocco leather case.

With this letter, President Washington enclosed a private communication to Col. William Darke, a fellow Virginian hero of the Revolutionary War and a longtime associate, who was then serving under Gen. Richard Butler while fighting in the Northwest Indian War. Darke had submitted a lengthy complaint about Butler's behavior toward Virginian officers, many of whom felt that he was not impartial toward them and had been unfair in the selection of regimental commands. He felt that Butler's poor leadership had resulted in some desertion among the troops, and inquired about being surpassed for a command given to a less experienced soldier, Col. George Gibson.

In President Washington's eloquent reply, he assured Col. Darke that the rank dispute would be reviewed by Secretary of War Knox and a board of officers, but asked him to set aside petty squabbles for the good of his nation: 'I need not tell you that my regret is seriously excited by learning that any cause of discontent should exist, either on your own part, or that of your Officers, with General Butler…I shall offer to your consideration some remarks which I am persuaded will have weight with you, and induce your influence with your Officers to dismiss their discontents, and to think only of their public duty. Let it in the first place be remembered that one common cause engages your service, and requires all your exertions-it is the interest of your country-To that interest all inferior considerations must yield.'

Col. Darke's complaints would be rendered academic just months later on November 4, 1791, when both Gen. Butler and Col. Gibson were killed in action at the Battle of the Wabash, also known as St. Clair's Defeat. Darke, who was seriously wounded and barely survived, provided one of the best contemporary accounts of the battle in a lengthy letter to President Washington.