Rare 1961 pay document for the Beatles, with Sutcliffe and Best, at the Top Ten Club in Hamburg—the only example we've offered! 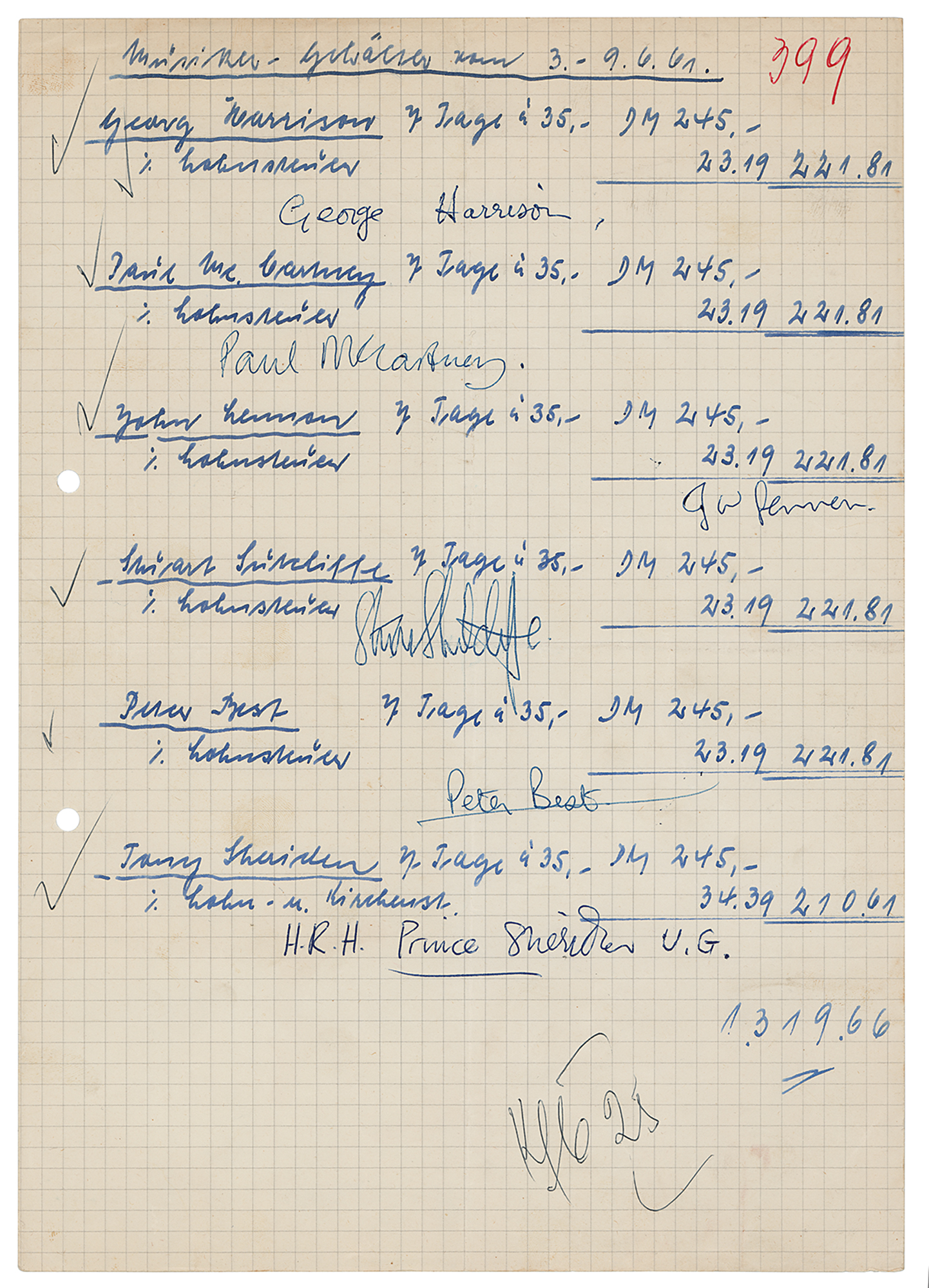 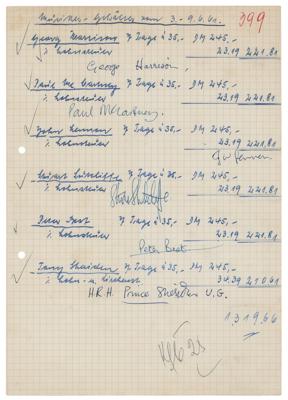 Rare 1961 pay document for the Beatles, with Sutcliffe and Best, at the Top Ten Club in Hamburg—the only example we've offered!

This historic, early document represents the Beatles' tenth week of their three-month-long residency at the Top Ten Club, situated on Hamburg's Reeperbahn. From April 1 to July 1, 1961, the Beatles and Tony Sheridan performed continuously for 92 nights in the Top Ten Club, playing seven hours a night on weekdays, and eight hours on weekends. They were given a 15-minute break every hour, and earned 35 Deutsche Marks per night. This early iteration of the band had its core trio of George, Paul, and John as guitarists, with Pete Best on the drums and Stuart Sutcliffe—John's close friend from art school—playing bass. Upon their return to Great Britain from Hamburg, Sutcliffe left the band to pursue his career in painting—leaving McCartney to pick up the slack as the Beatles' bassist. Ringo Starr, who had been introduced to the Beatles while in Hamburg, would replace Best as the group's drummer in August 1962.

This massively important document effectively represents the birth of the Beatles—the beginning of their journey. When they went to Hamburg, they were nothing. When they returned to Liverpool, they hit The Cavern Club and stood on the precipice of Beatlemania. It is a museum-worthy piece of enormous consequence in the history of popular music. Exceedingly rare, this is the first item signed by this version of the Beatles—with Stuart Sutcliffe—that we have ever offered,

In 'The Complete Beatles Chronicle,' Mark Lewisohn observes: 'A twice-extended contract led to the Beatles staying 13 weeks at the Top Ten club, playing a staggering total of 503 hours on stage over 92 nights. It was little wonder then that…their stamina and musical versatility improved dramatically as the visit wore on. When they returned to Liverpool in July they were simply untouchable.'