King Henry VIII orders lavish collars and leashes for his beloved dogs, plus costumes for the royal leash boys 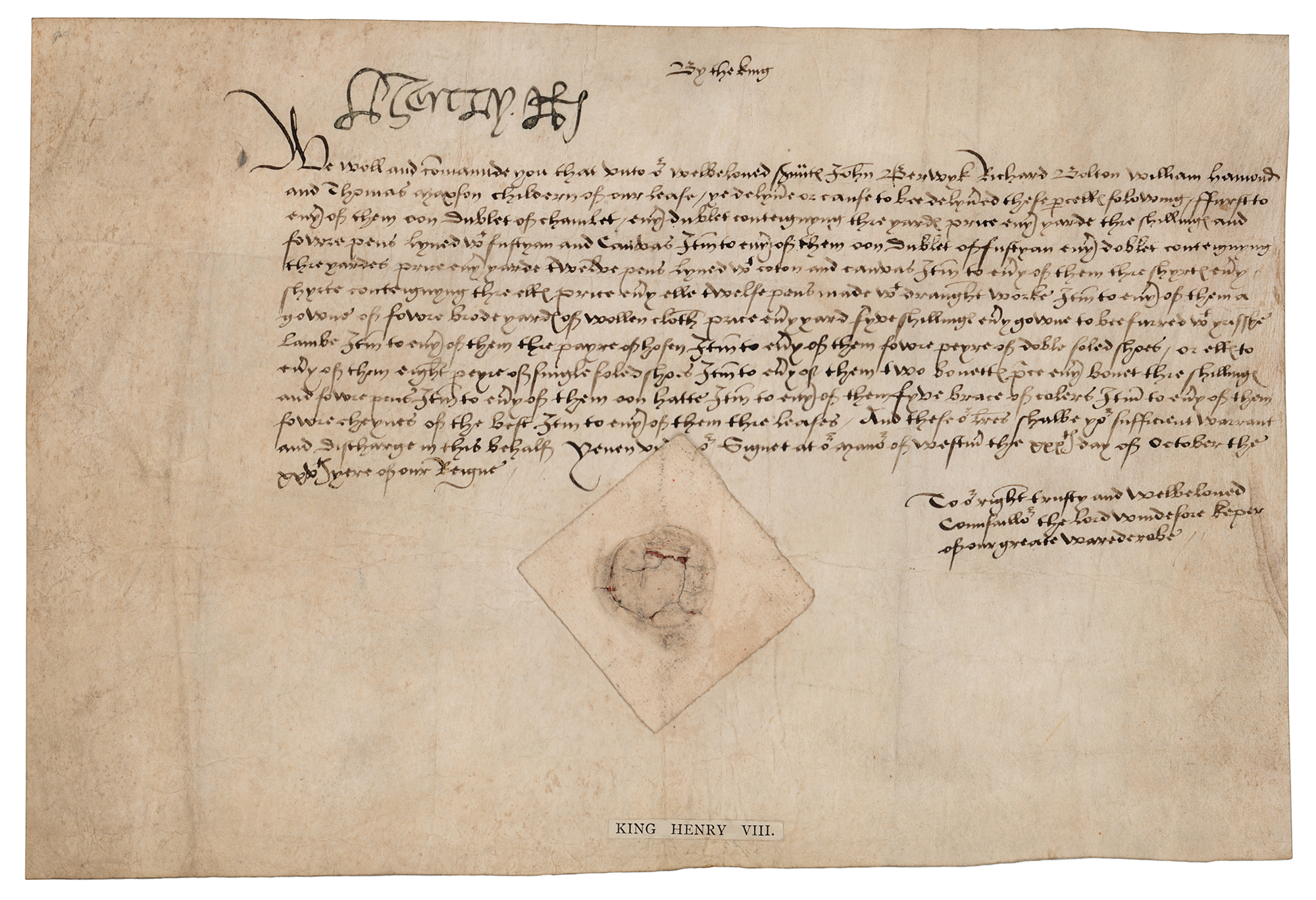 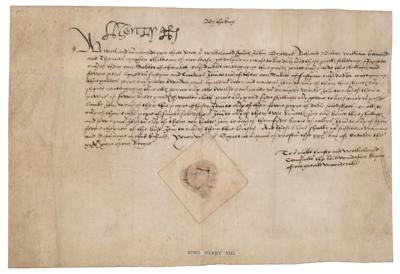 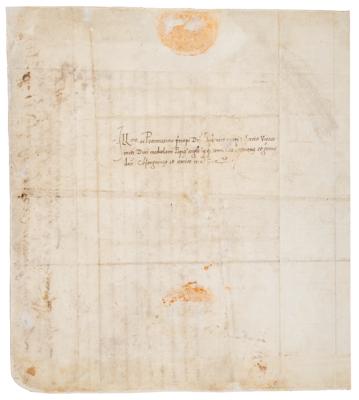 King Henry VIII orders lavish collars and leashes for his beloved dogs, plus costumes for the royal leash boys

King of England from 1509 until his death in 1547, remembered for his role in the English Reformation, his six marriages (and his beheaded ex-wives), and his radical changes to the English Constitution. Vellum manuscript DS, signed “Henry R,” one page, 11.25 x 7.75, October 30, 1533. Warrant ordering Lord Windsor, Keeper of the Great Wardrobe, to deliver collars and chains for his dogs, and costumes for royal leash-boys John Berwick, Richard Bolton, William Hammond, and Thomas Maxson, each to receive: “oon Dublet of chamlet” (“…any dublet…lyned with fustyan and Canvas…”); “three shyrthendy shyrte…made with draught worke”; “a gowne of fowre brode yardes of woollen cloth…to bee finred with yrisshe lambe”; “thre payre of hosen”; “fowre peyre of doble soled shoes” (or eight pairs of single-soled); “oon hatte”; “fyve brace of colers”; “fowre cheynes of the best”; and “thre leas[h]es.” In fine condition, with some light creasing and soiling.

From Henry VIII: The King and His Court by Alison Weir: 'Henry's favourite pets were his dogs, especially beagles, spaniels and greyhounds; the latter were considered a particularly noble breed. Over the years the King sent hundreds of such dogs, all 'garnished with a good iron collar' as gifts to the Holy Roman Emperor and the King of France. Henry's own dogs wore decorative collars of velvet—permitted only to royal dogs—and kid [leather], with or without torettes (spikes) of silver and gold; some were adorned with pearls or the King's arms and his portcullis and rose badges. His dogs' coats were of white silk and the dogs had their fur regularly rubbed down with a 'hair cloth.' Sixty-five dog leashes were found in Henry's closet after his death.' As illustrated by the present document, the King Henry's hounds were generously outfitted and the royal leash boys were equally handsomely attired.