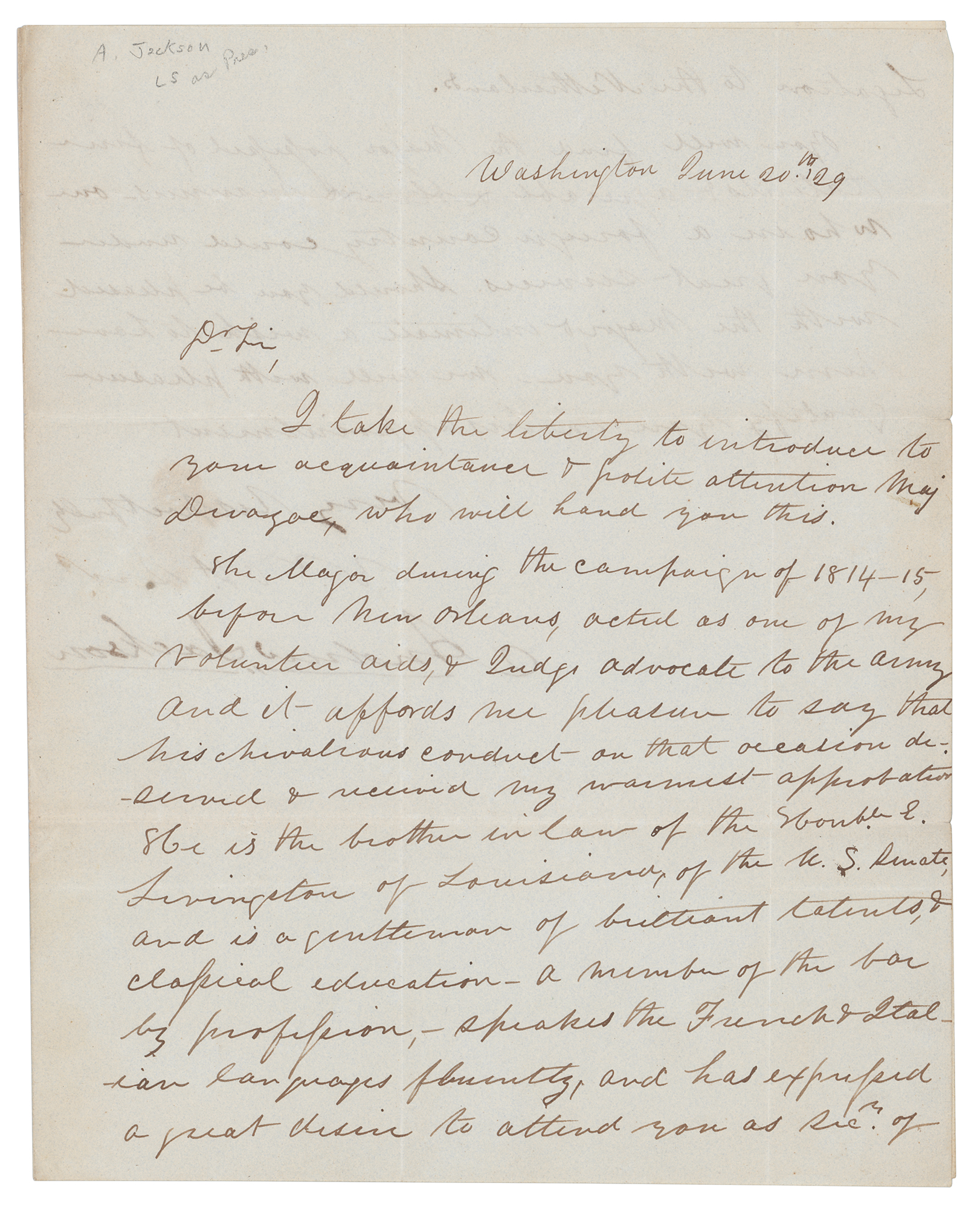 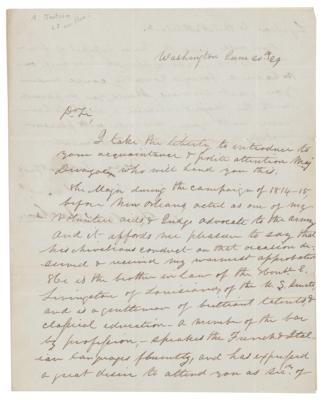 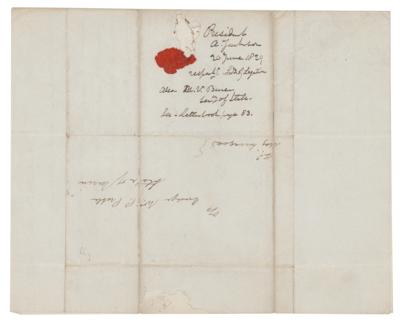 LS as president, one page both sides, 7.75 x 9.75, June 20, 1829. Letter to Maine judge William Pitt Preble, in full: "I take the liberty to introduce to your acquaintance & polite attention Maj. Davezac, who will hand you this. The Major during the campaign of 1814-15, before New Orleans, acted as one of my volunteer aids, & Judge advocate to the Army and it affords me pleasure to say that his chivalrous conduct on that occasion deserved & received my warmest approbation. He is the brother in law of the Hon'ble E. Livingston of Louisiana, of the U.S. Senate, and is a gentleman of brilliant talents, & classical education, a member of the bar by profession, speaks he French & Italian languages fluently, and has expressed a great desire to attend you as Sec'y of Legation to the Netherlands. You will find the Major possessed of fine talents & agreeable manners, one who in a foreign country could under you [perform] great services. Should you be pleased with the Major, I intimate a wish to have him with you, we will with pleasure gratify you in his appointment." In fine condition, with a light stain touching the closing, and seal-related paper loss, and a split fold, to the integral address leaf.