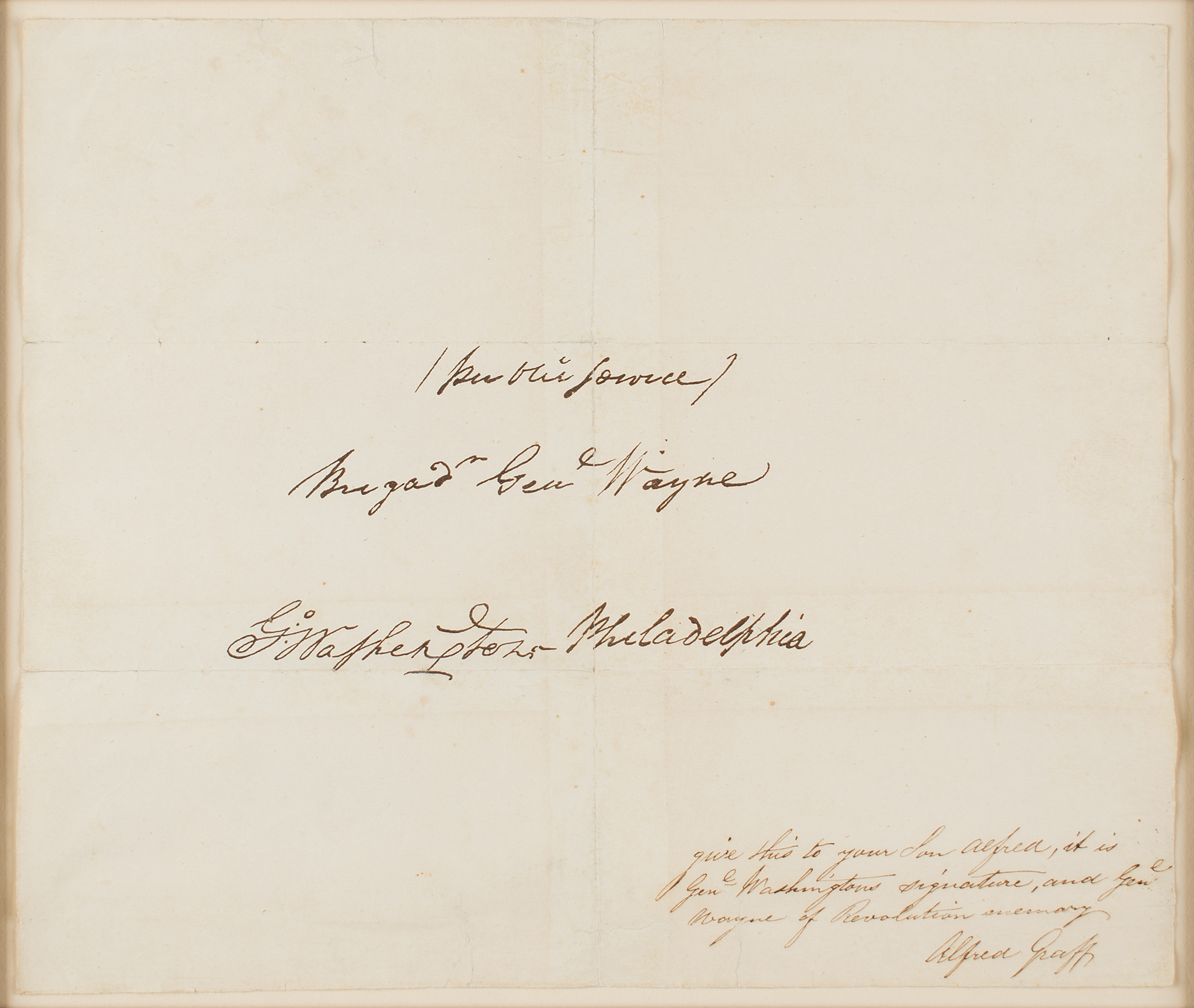 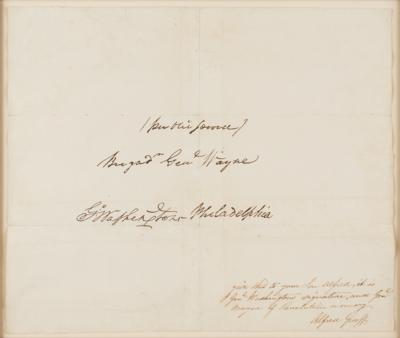 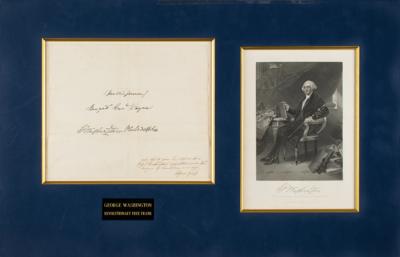 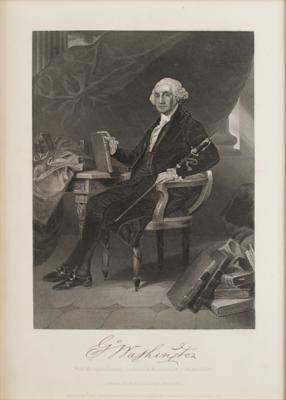 Fantastic Revolutionary War-era free-franked mailing cover, measuring 10 x 8.25 unfolded, addressed in another hand, "(Public Service), Brigad'r Gen'l Wayne, Philadelphia," and boldly franked in the lower left, "Go: Washington." A later presentation inscription, penned in the lower right corner by Alfred Graff, reads: "Give this to your son Alfred, it is Gen'l Washington's signature, and Gen'l Wayne of Revolution memory." Mounted, matted, and framed with an engraved portrait (bearing a facsimile signature), to an overall size of 27.5 x 18.5. In fine condition, with intersecting folds.

Any example of Washington's autograph dating to the Revolutionary period is highly sought, but this example is particularly desirable as it is directed to Brigadier General Anthony Wayne, whose daring tactics—and angry temperament—earned him the nickname 'Mad Anthony.' Considered to be one of the most brilliant Continental Army officers, Wayne commanded troops in the Philadelphia Campaign of 1777-1778 before famously leading the 1779 storming of the British fort at Stony Point, New York.

In Charles Hamilton's Collecting Autograph and Manuscripts, he writes: 'At the outbreak of the Revolutionary War, in 1775, Congress granted the franking privilege to members of the Continental Congress and to military personnel, thus allowing the speedy flow of official mail by either civil or military couriers…Washington used military couriers almost exclusively.'