King James II prepares for war in the Glorious Revolution, recalling troops from Ireland in September 1668 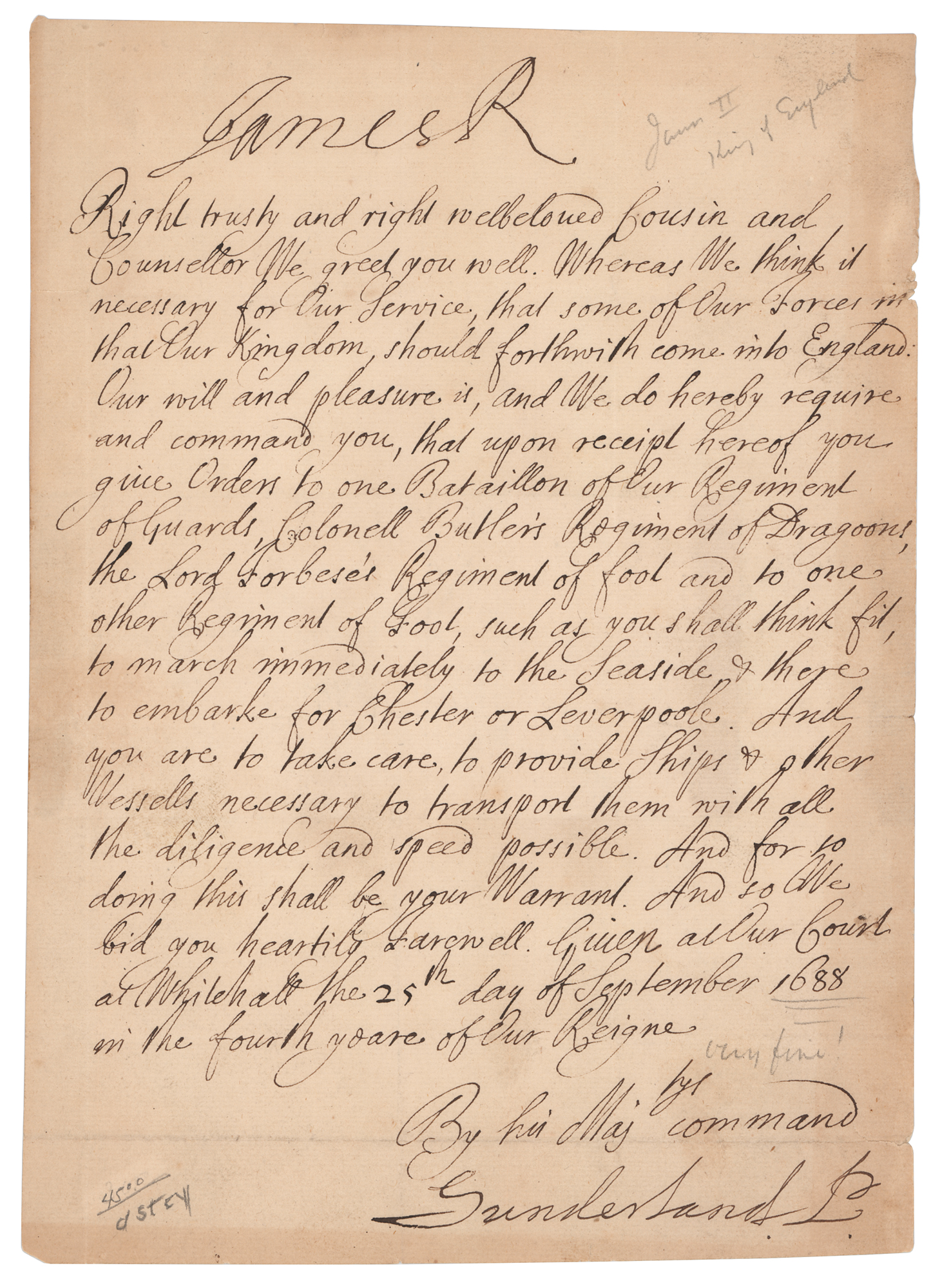 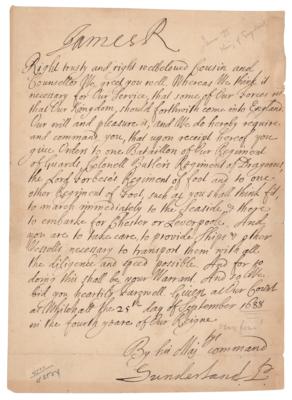 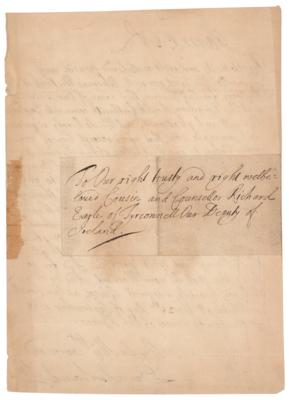 King James II prepares for war in the Glorious Revolution, recalling troops from Ireland in September 1668

LS signed “James R,” one page, 6.25 x 8.75, September 25, 1688. Important letter written from the "Court at Whitehall," shortly before his flight from the country amidst the Glorious Revolution. King James II orders Richard Talbot, 1st Earl of Tyrconnell, Lord Deputy of Ireland, to return his troops to England, using all speed in embarking them. In part: "We think it necessary for out service, that some of Our Forces in that Our Kingdom, should forthwith come into England: Our Will and pleasure is, and we do hereby require and command you, that upon receipt hereof you give orders to one Bataillon of Our Regiment of Guards, Colonell Butler's Regiment of Dragoons,the Lord Forbese's Regiment of Foot and to one other Regiment of Foot, such as you shall think fit, to march immediately to the Seaside, & there to embarke for Chester or Leverpoole. And you are to take care, to provide Ships & other Vessells necessary to transport them with all the diligence and speed possible. And for so doing this shall be your Warrant." The clipped address panel is affixed to the reverse. In fine condition, with some light edge toning.

It was rumored that Prince William of Orange had been planning an invasion throughout the summer of 1668. On September 23rd, King James II learned that the Prince of Orange had actually announced these intentions to the States General of the Netherlands. In this letter, written on September 25th, he prepares to quickly bolster England's defense force. On the 28th, King James issued a proclamation to his nation to prepare for war: 'We have received undoubted advice that a great and sudden invasion from Holland, with an armed force of foreigners and strangers, will speedily be made in a hostile manner upon this our kingdom…we solemnly conjure our subjects to lay aside all manner of animosities, jealousies and prejudices, and heartily and cheerfully to unite together in the defence of us and their native country.'