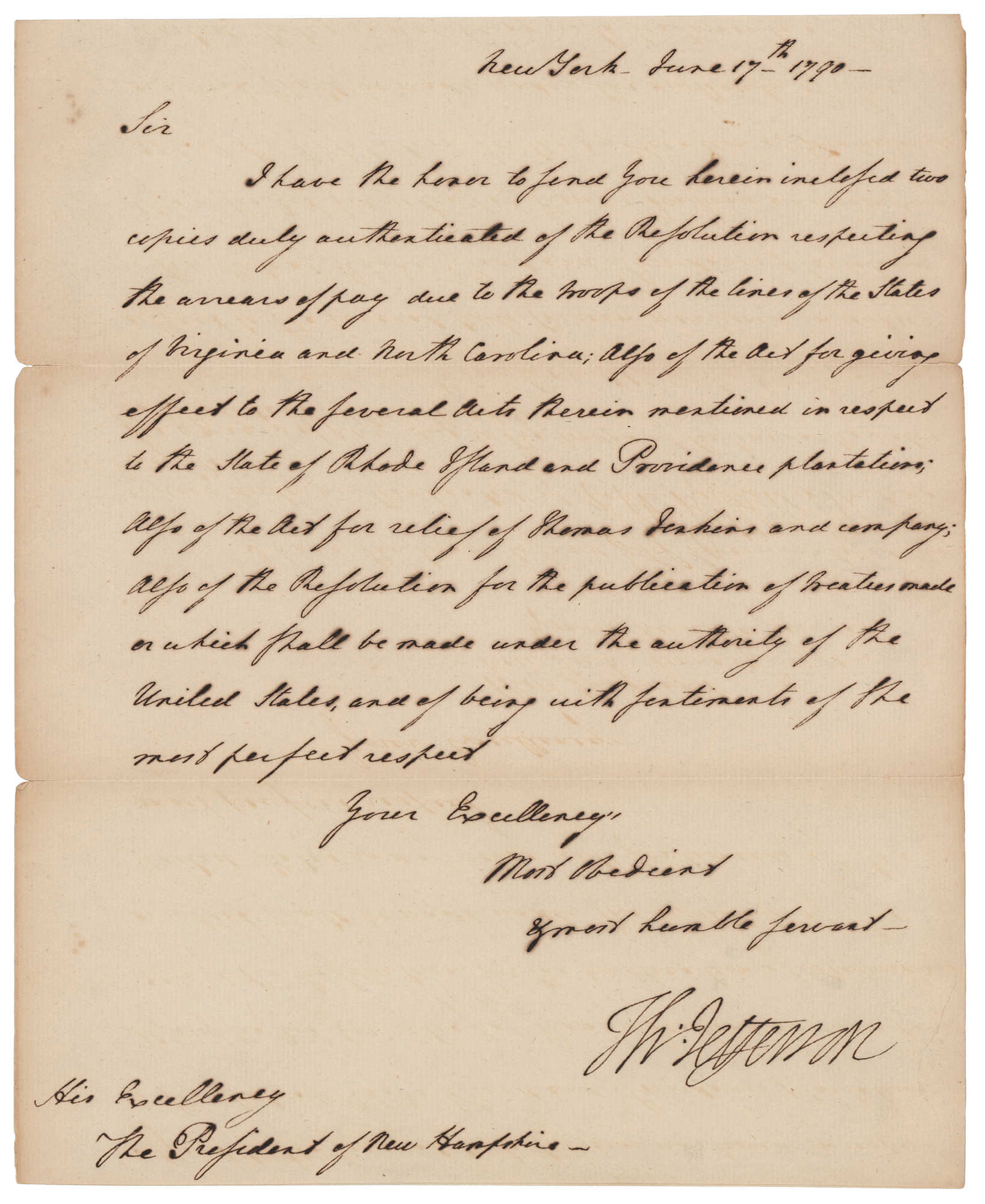 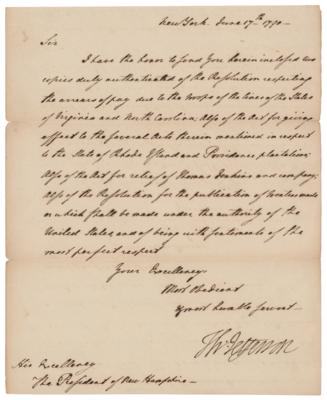 LS as secretary of state, signed “Th: Jefferson,” one page, 8 x 9.75, June 17, 1790. Letter to "His Excellency The President of New Hampshire," fellow Declaration signer Josiah Bartlett, in full: "I have the honor to send you herein inclosed two copies duly authenticated of the Resolution respecting the arrears of pay due to the troops of the lines of the States of Virginia and North Carolina; also of the act forgiving effect to the several Acts therein mentioned in respect to the State of Rhode Island and Providence plantations; also of the Act for relief of Thomas Jenkins and company; on which shall be made under the authority of the United States, and of being with sentiments of the most perfect respect." In fine condition, with short splits to the ends of the folds.