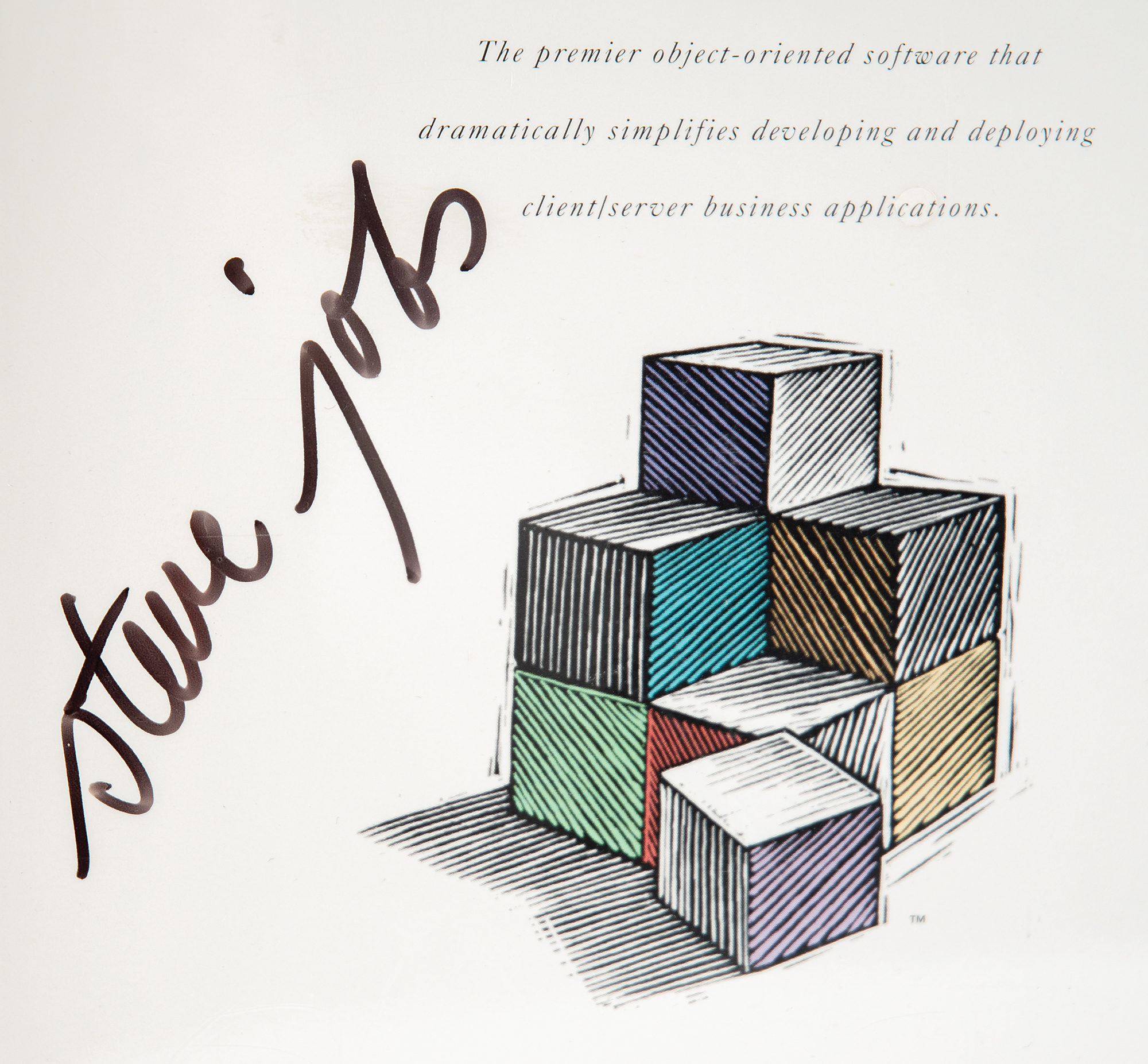 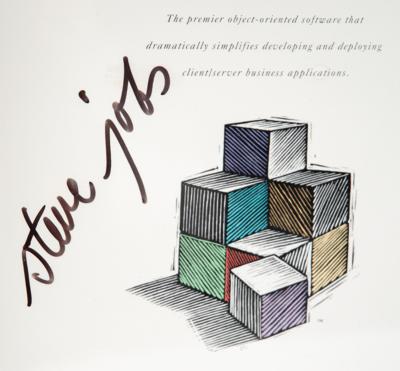 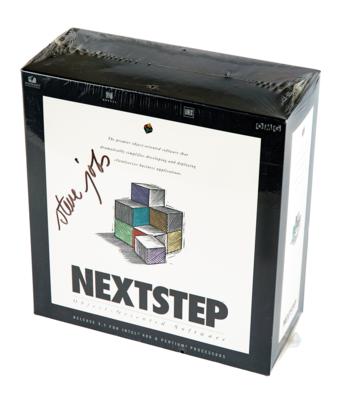 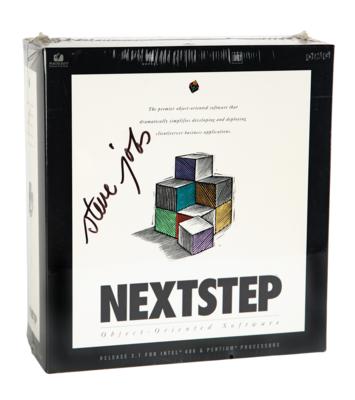 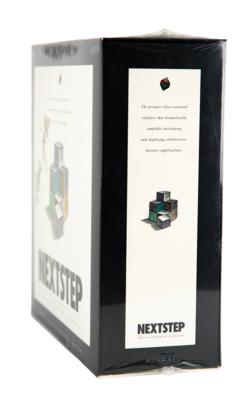 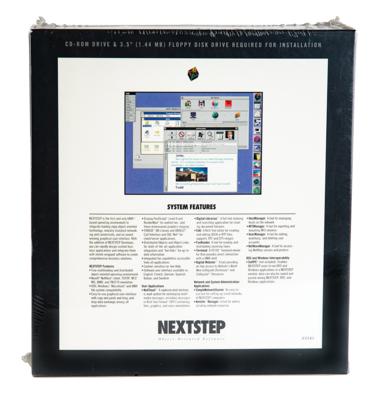 After resigning from Apple in the fall of 1985, Steve Jobs founded the innovative NeXT project, a computer and software company aimed at the markets of business and higher education. The first NeXT Computer was introduced in 1988, and the smaller NeXTstation came two years later. While these computers encountered subpar sales, the object-oriented NeXTSTEP operating system and development environment proved highly influential as a predecessor to Mac OS X and the iOS mobile platform. NeXTSTEP 3.1, the first release for the i386 architecture, debuted on May 25, 1993. Apple purchased NeXT in 1997 for $429 million and 1.5 million shares of Apple stock, with Jobs, as part of the agreement, returning to the company he had co-founded in 1976.

The consignor of this piece was a co-founder of Bindco, the company responsible for designing the NeXTSTEP software packaging, as well as its manufacture, assembly, storage, and shipping. He worked directly with Jobs on the design of the box, which was complicated by the fact that Jobs didn't want any white edges to be visible. When the packaging was ready and the first box of software was produced, Jobs requested that he receive the first copy (i.e. first serial number) of the box of software. After complying with that request, the consignor made a box for himself with the serial #000 (inside the CD digipak) and asked Steve Jobs' assistant to have Steve sign it for him, which Steve did. Bindco then shrink-wrapped the box—complete with software, manuals, and registration card inside—which is the state that it remains in to this day.