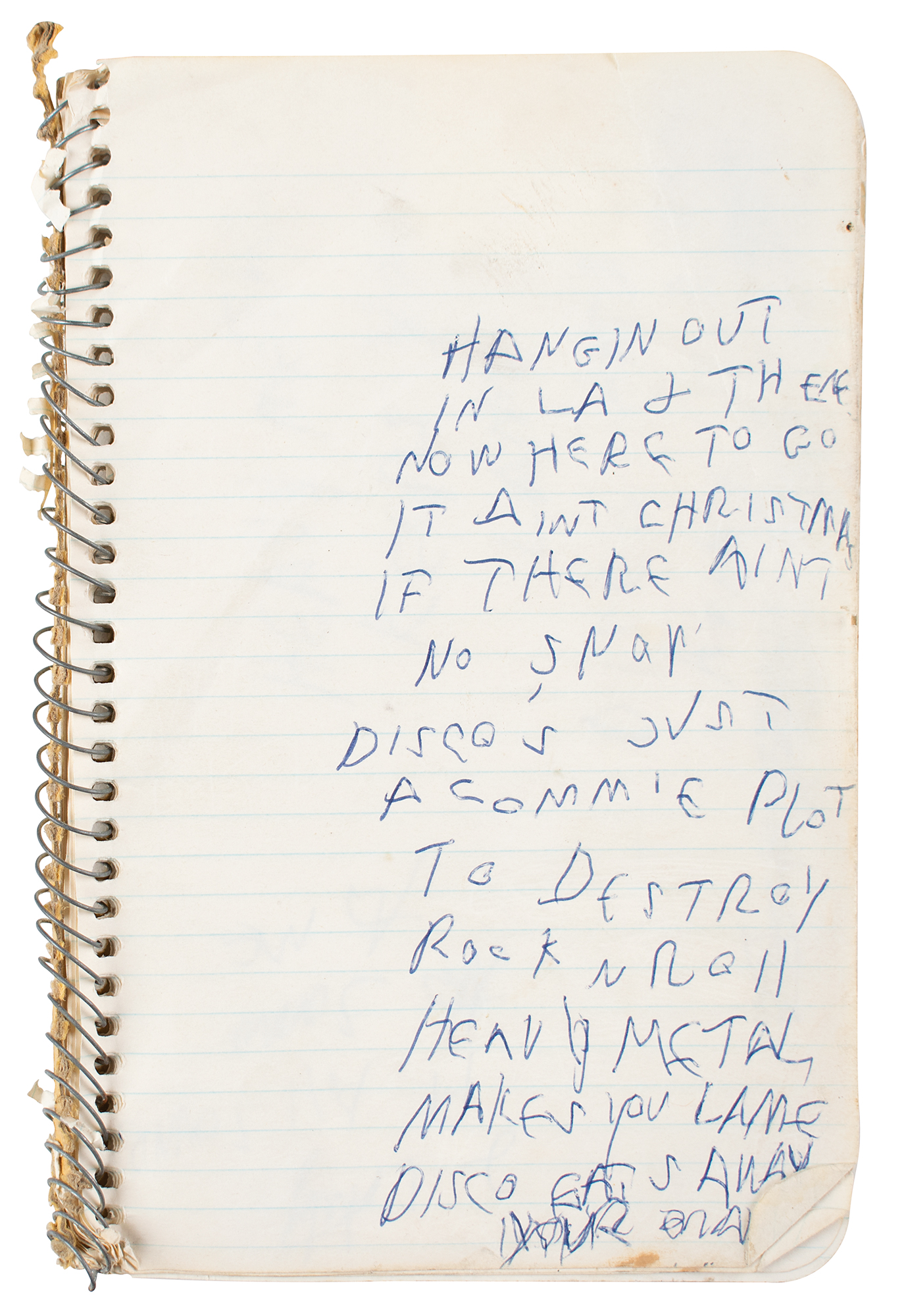 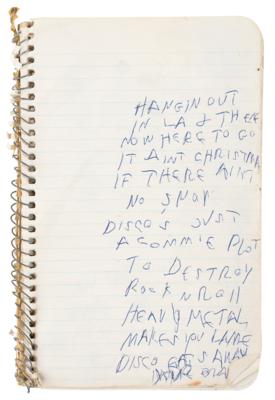 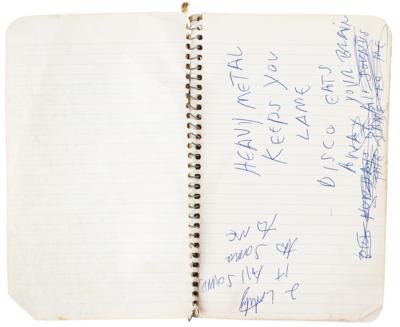 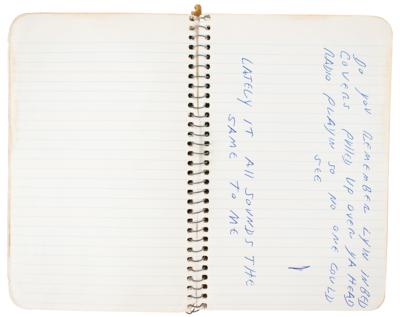 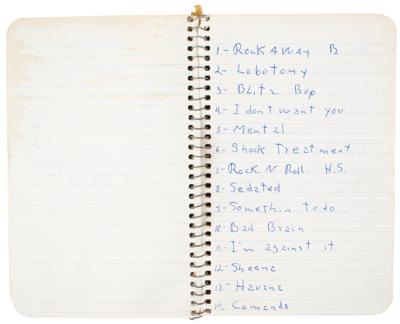 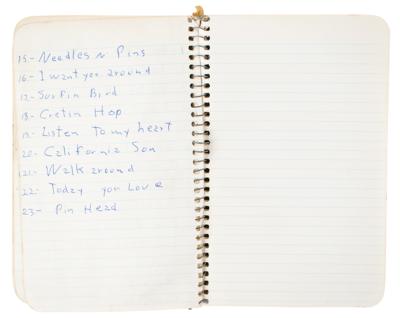 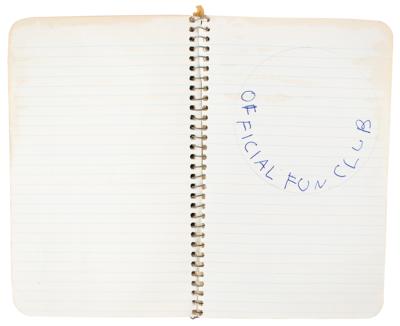 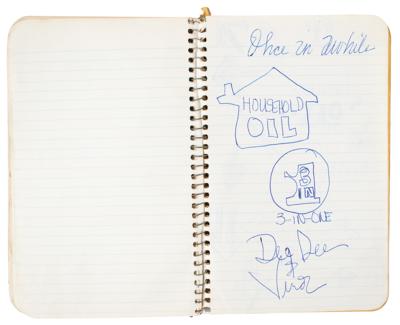 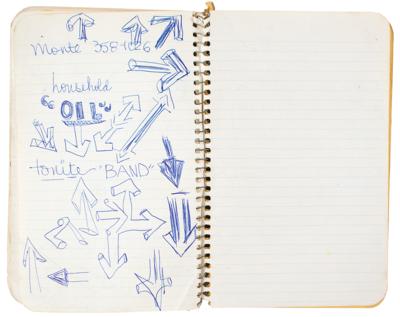 Also featured in the 33-page (dual-sided) notebook, 5.25 x 7.75, are various sketches and notes made in the hand of Vega, the band’s longtime artistic director who designed the Ramones’ iconic logo, which include: heads and sinister-looking faces, a setlist written from Ramones live shows in 1980, a stage lighting set-up, some accounting numbers, phone number and addresses for various people like guitar tech ‘Little Matt’ Loyla, and a design for the Ramones “Official Fun Club” seal. The notebook also includes handwritten lyrics by journalist Legs McNeil, one of the founders of the seminal Punk magazine that gave the movement its name. In very good to fine condition, with one page detached and the front cover no longer present. Vega’s sprawling 6,420-square-foot loft was where the Ramones played one of their earliest shows in 1975, and it also served as a welcome crash pad for Joey and Dee Dee Ramone. The notebook was acquired by producer Daniel Rey from McNeil, who had originally obtained the notebook from Vega.