As commander of Virginia's forces, Lee raises troops and arms at the dawn of the Civil War 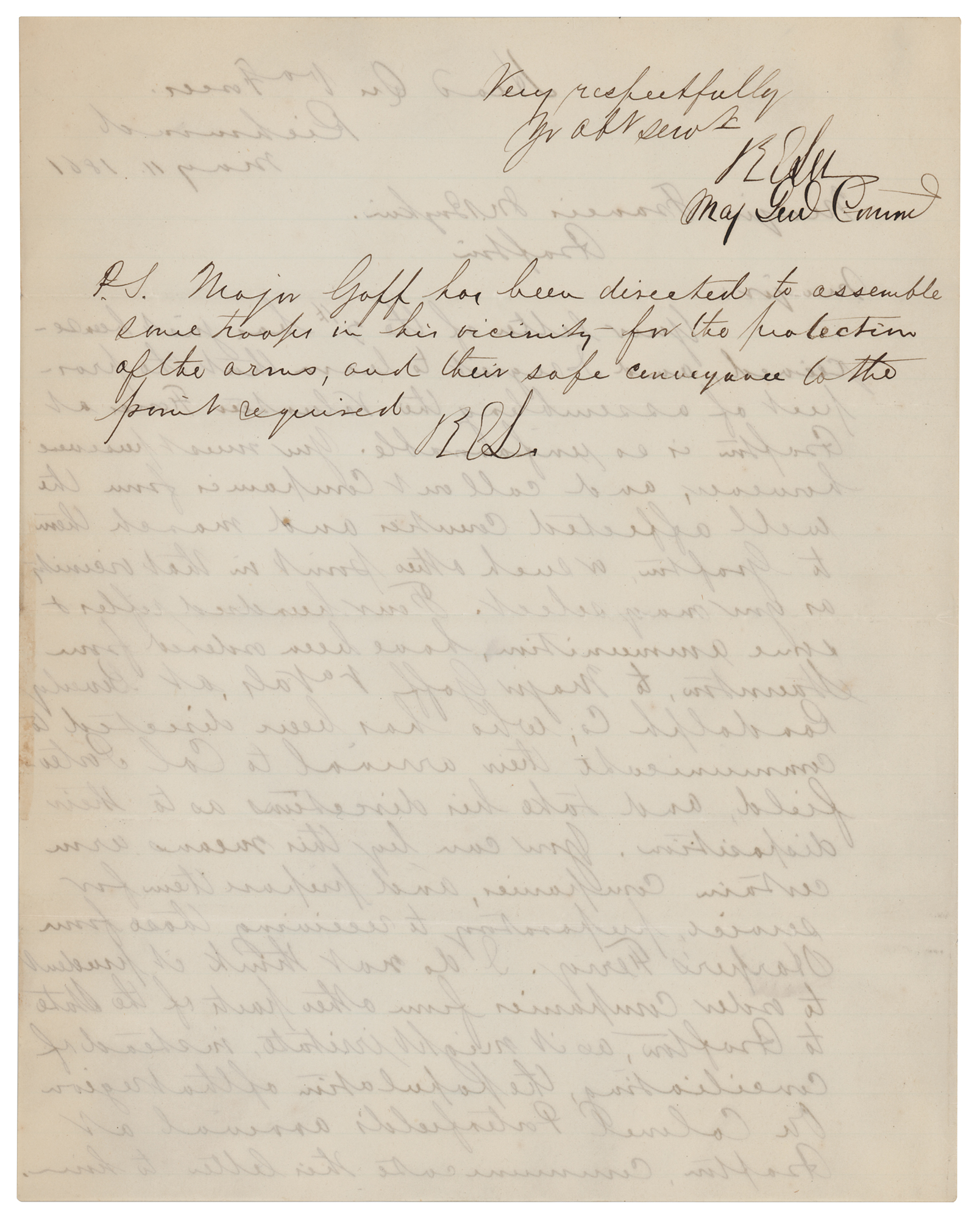 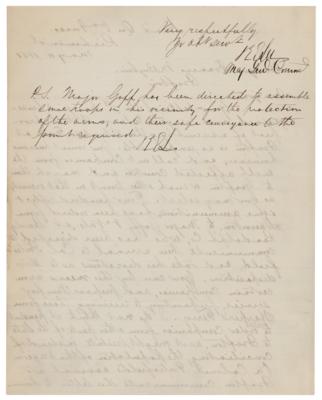 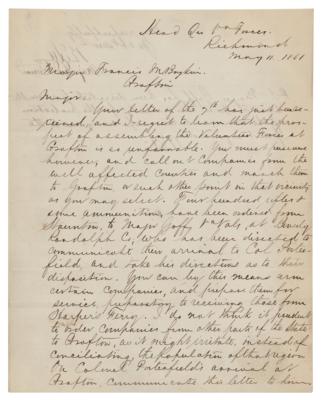 As commander of Virginia's forces, Lee raises troops and arms at the dawn of the Civil War

Civil War-dated LS signed “R. E. Lee, Maj. Genl. Commd,” one page both sides, 7.75 x 9.75, May 11, 1861. Letter to Major Francis M. Boykin, written from the headquarters of Virginia's forces at Richmond just one month after the bombardment of Fort Sumter. In full: "Your letter of the 7th has just been received and I regret to learn that the prospect of assembling the Volunteer Forces at Grafton is so unfavorable. You must persevere, however, and call out companies from the well affected counties and march them to Grafton, or such other point in that vicinity as you may select. Four hundred rifles & some ammunition, have been ordered from Staunton to Major Goff, Va. Vols. at Beverly Randolph Co., who has been directed to communicate their arrival to Col. Porterfield, and take his directions as to their disposition. You can by this means arm certain companies, and prepare them for service, preparatory to receiving those from Harper's Ferry. I do not think it prudent to order companies from other parts of the State to Grafton, as it might irritate, instead of conciliating, the population of that region on Colonel Porterfield's arrival at Grafton, communicate this letter to him." Lee initials a short postscript, "R.E.L.," in full: "Major Goff has been directed to assemble some troops in his vicinity for the protection of the arms, and their safe conveyance to the point required." In fine condition, with multiple horizontal folds.

Though an opponent of secession, Lee had resigned his commission as a US Army colonel just three weeks earlier out of a sense of loyalty to his native Virginia. He was at first appointed to command all of Virginia's forces, and later commissioned as one of the Confederate States Army's first five full generals upon its formation. In this incredibly early, war-dated letter, he signs as commander of Virginia forces—the state would not secede until May 23rd, though their forces were in close cooperation with the Confederacy. Here, Lee seeks to bolster his troops with recruits from Grafton—a key strategic location due to the presence of the B&O and Northwestern Virginia Railroads—and assures appropriate armaments for the growing forces. However, recruitment in Grafton proved unsuccessful—most residents there sided with the Union—and the city would soon fall under the control of George B. McClellan and his federal troops. A significant letter from the start of the great conflict.