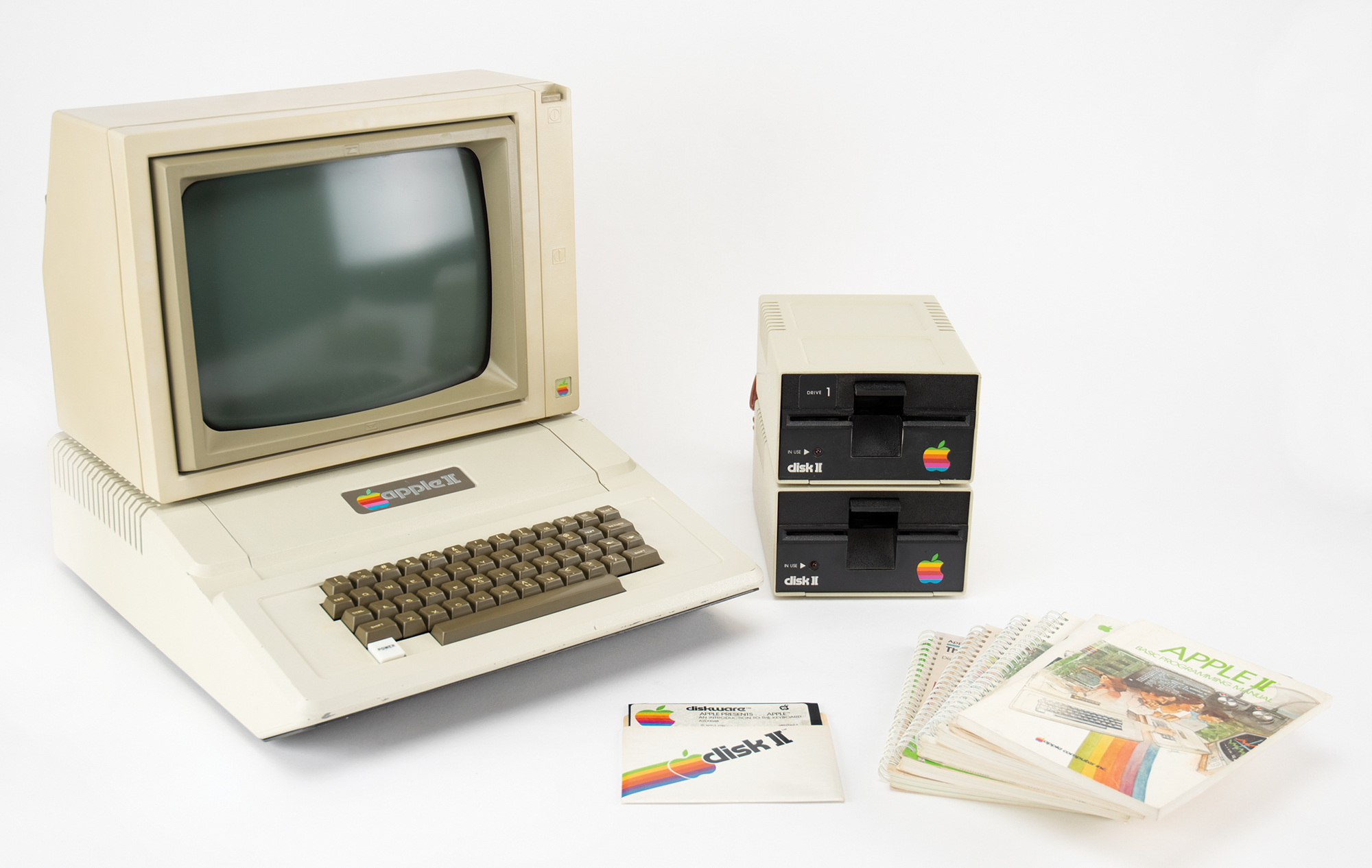 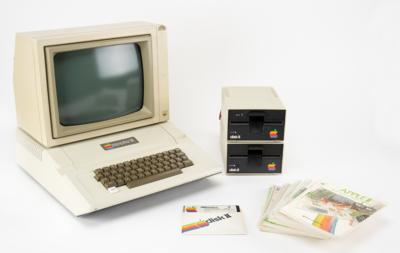 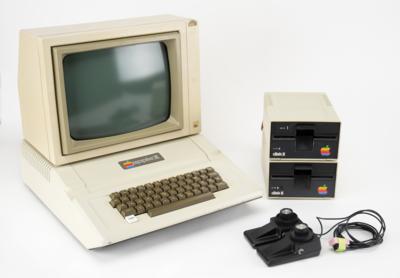 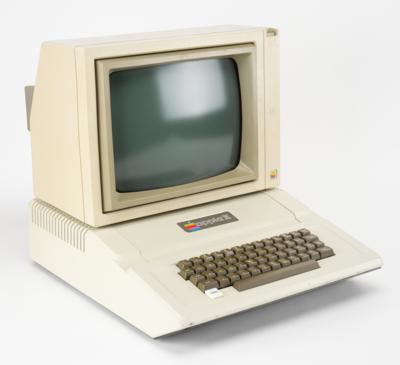 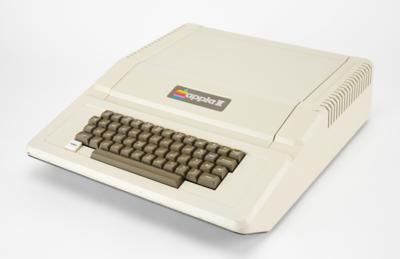 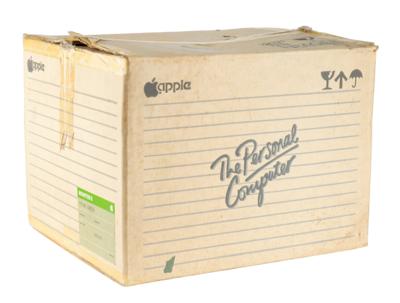 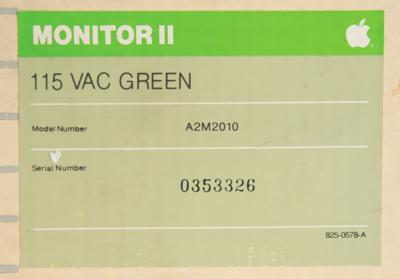 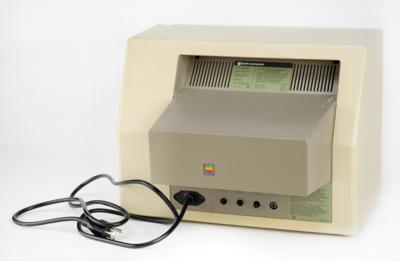 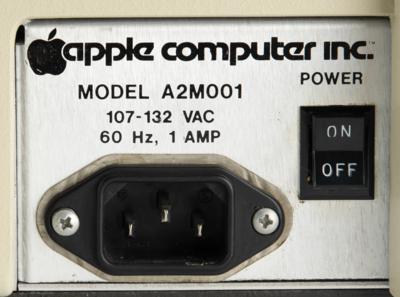 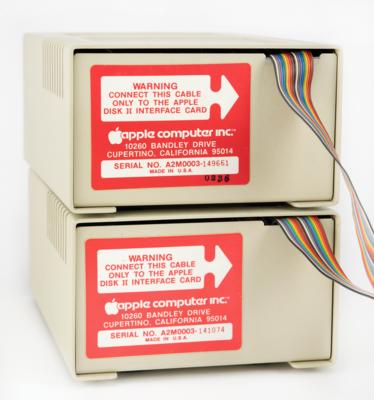 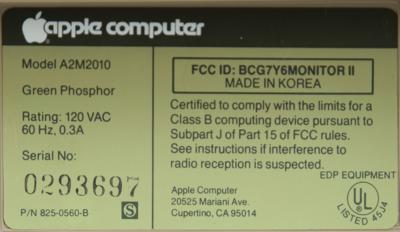 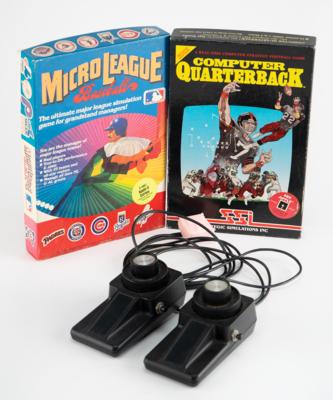 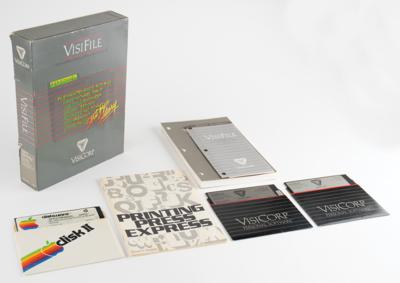 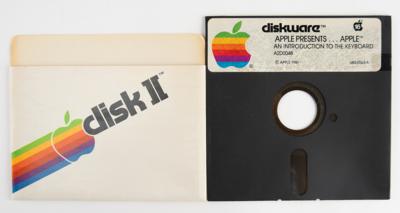 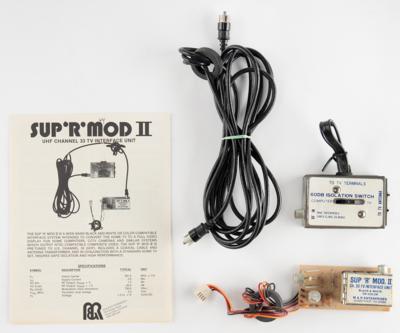 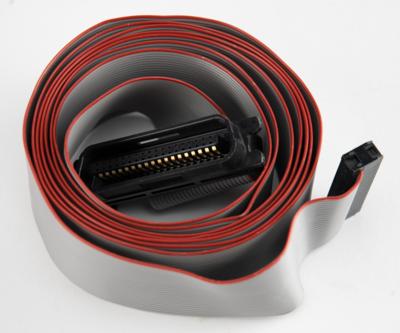 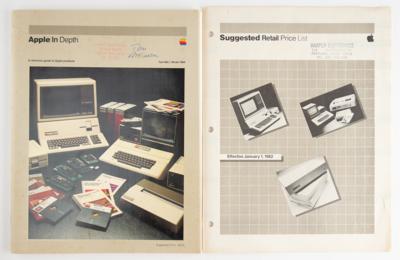 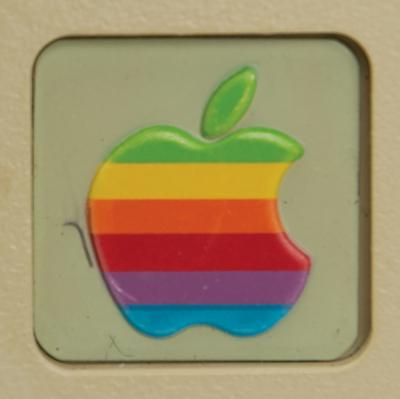 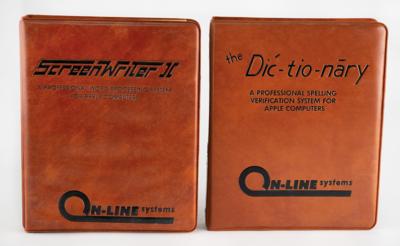 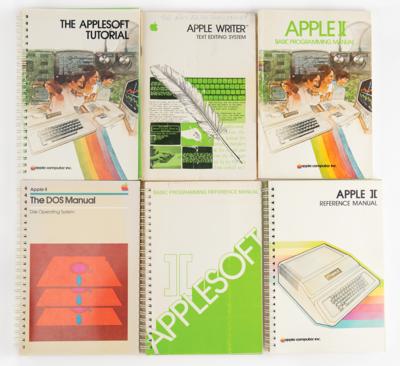 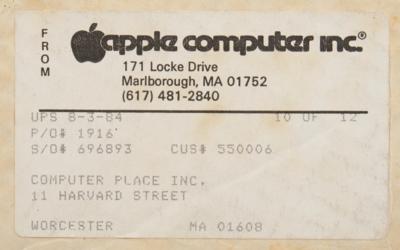 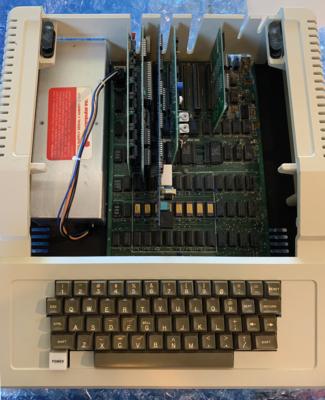 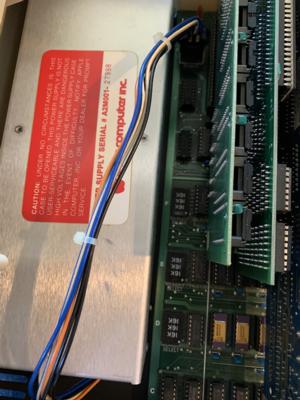 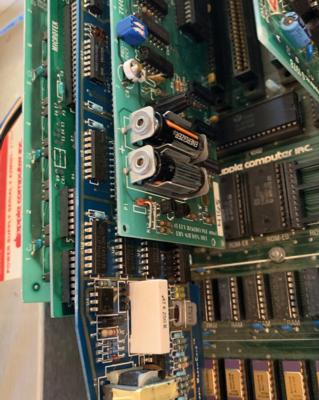 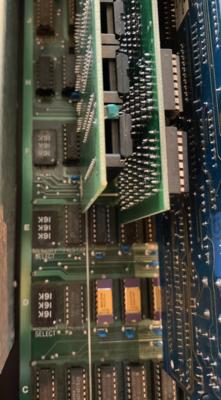 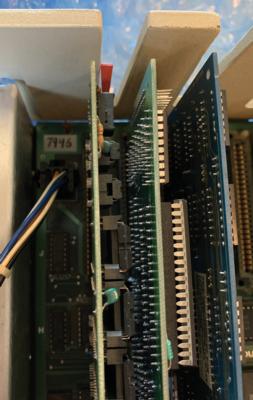 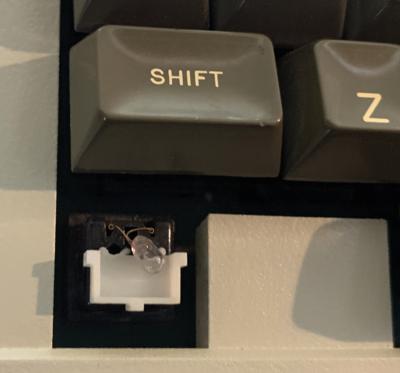 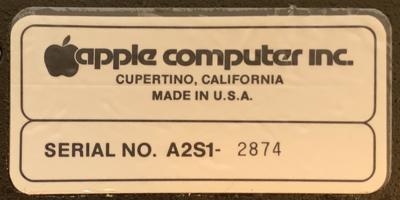 The motherboard has the original Integer BASIC non-autostart ROMs installed, and the II+ AppleSoft BASIC ROMs are installed in a ROM card in slot zero. The toggle switch on the ROM card lets the machine switch between the motherboard ROMs and the upgraded ones on the card. Integer BASIC is the defining characteristic of an original Apple II (most were upgraded to a II+ by replacing these chips entirely, not supplementing them with a card as this one is). The video shows the machine using the original Integer ROMs, where when the machine is turned on, it's a screen of random characters until RESET is pressed, and it then goes into the monitor, then BASIC is entered from there.

The early success of the Apple-1 in 1976 paved the way for the introduction of the Apple II in the spring of 1977. In Apple’s 1980 IPO prospectus, the company described its progress: ‘In April 1977 the Company introduced the Apple II computer mainframe which was similar to the Apple I but incorporated additional circuitry and a keyboard, and was packaged in a plastic housing.’ In other words, the Apple II built upon the Apple-1 to become an even more capable, more consumer-ready machine. Between 1977 and 1980, on the sales of the Apple II and its peripherals, accessories, and software, Apple Computer’s yearly revenue grew from $774,000 to $118 million, making it one of the great growth stories of Silicon Valley.

From the personal computer-history collection of Roger Wagner.