The Jimi Hendrix Experience sign during their first-ever tour with the Walker Bros., Cat Stevens, and Englebert Humperdinck 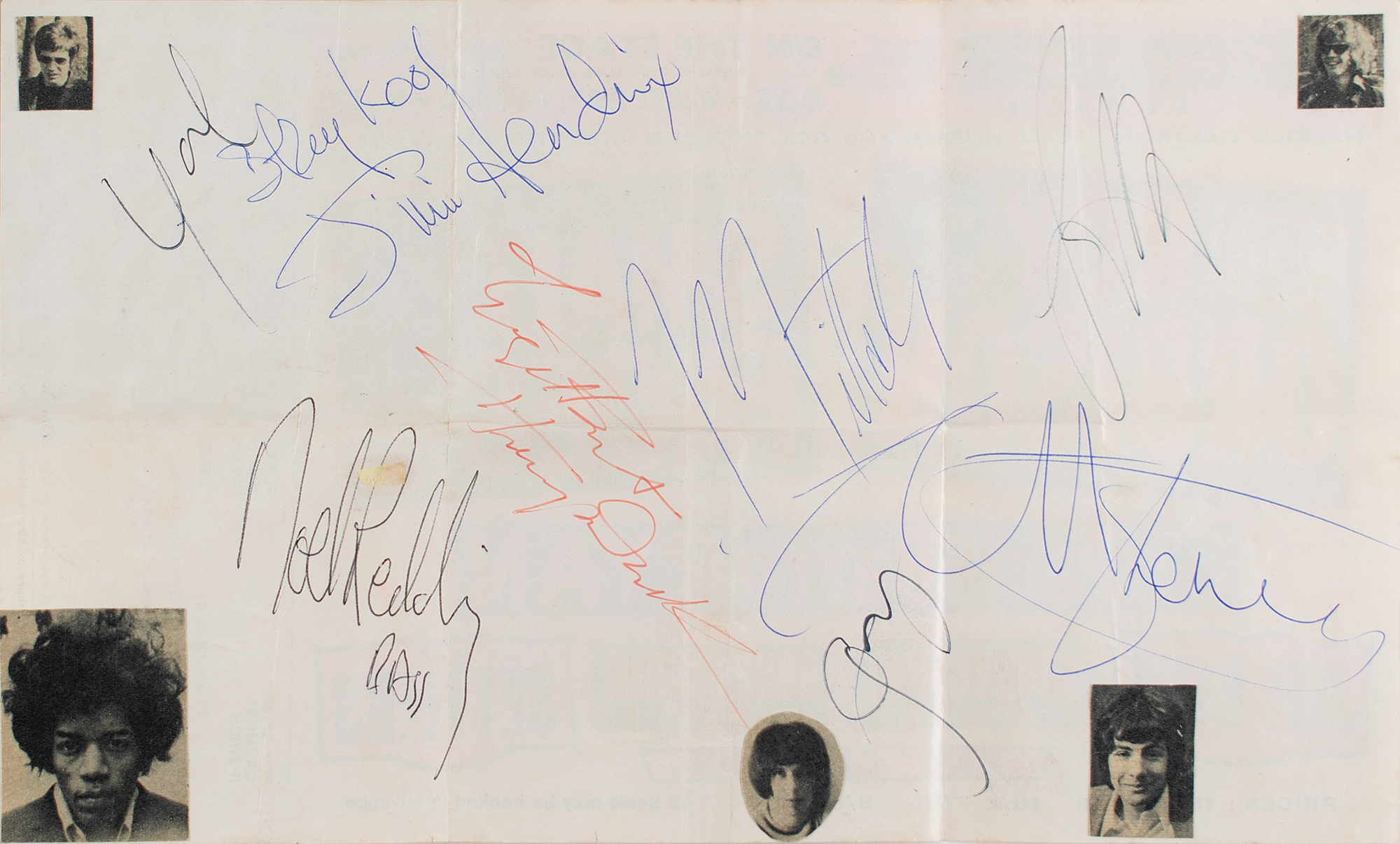 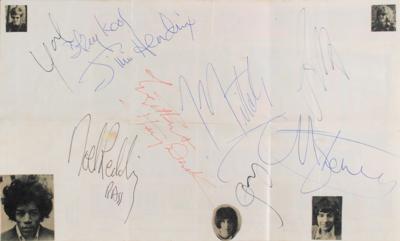 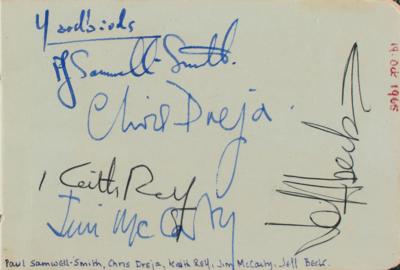 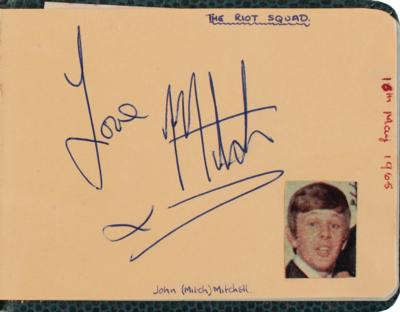 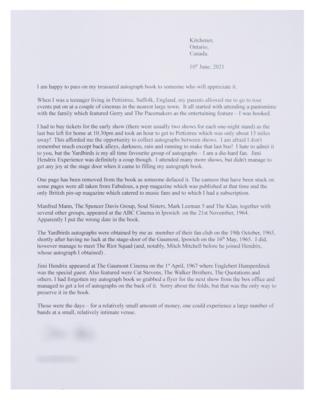 The Jimi Hendrix Experience sign during their first-ever tour with the Walker Bros., Cat Stevens, and Englebert Humperdinck

Vintage hardcover autograph album, 4.25 x 3.25, signed throughout by acts including the Jimi Hendrix Experience, the Yardbirds, Manfred Mann, the Spencer Davis Group, and others. Hendrix and his band sign in ink on the reverse of a folded handbill for Roy Orbison and Small Faces at the Gaumont, Ipswich, "Stay kool, Jimi Hendrix," "Noel Redding, Bass," and "Mitch [Mitchell]"; supporting acts Cat Stevens, Englebert Humperdinck, and Scott Engel and Gary Leeds of The Walker Brothers also sign. The handbill is affixed inside the rear cover of the album, with signers identified on the opposite page.

The Yardbirds—Jeff Beck, Keith Relf, Jim McCarty, Chris Dreja, and Paul Samwell-Smith—sign together on an inner page. Additional signers throughout the book include Mitch Mitchell (as a member of The Riot Squad in 1965), Steve Winwood (ins), Mark Leeman, Dave Hyde, Paul Jones, Manfred Mann, Pete Shelton, and others. In very good to fine condition, with light creasing and intersecting folds to the Hendrix item; the autograph album pages are all fine.

Accompanied by a detailed letter of provenance from the original recipient, in part: "When I was a teenager living in Pettistree, Suffolk, England, my parents allowed me to go to tour events put on at a couple of cinemas in the nearest large town…I had to buy tickets for the early show (there were usually two shows for each one-night stand) as the last bus left for home at 10.30pm and took an hour to get to Pettistree which was only about 15 miles away! This afforded me the opportunity to collect autographs between shows…The Yardbirds autographs were obtained by me as a member of their fan club on the 19th October, 1965, shortly after having no luck at the stage-door of the Gaumont, Ipswich on the 16th May, 1965. I did, however, manage to meet The Riot Squad (and, notably, Mitch Mitchell before he joined Hendrix, whose autograph I obtained). Jimi Hendrix appeared at The Gaumont Cinema on the 1st April, 1967 where Englebert Humperdinck was the special guest. Also featured were Cat Stevens, The Walker Brothers, The Quotations and others. I had forgotten my autograph book so grabbed a flyer for the next show from the box office and managed to get a lot of autographs on the back of it."

Buried behind the chart-topping Walker Brothers, Cat Stevens, and Engelbert Humperdinck, the Jimi Hendrix Experience received modest billing at the start of their first-ever tour in 1967. By year's end they were one of the most sought-after tickets in live music, soaring high off the successful debut of Are You Experienced and their now-legendary performance at the 1967 Monterey Pop Festival.