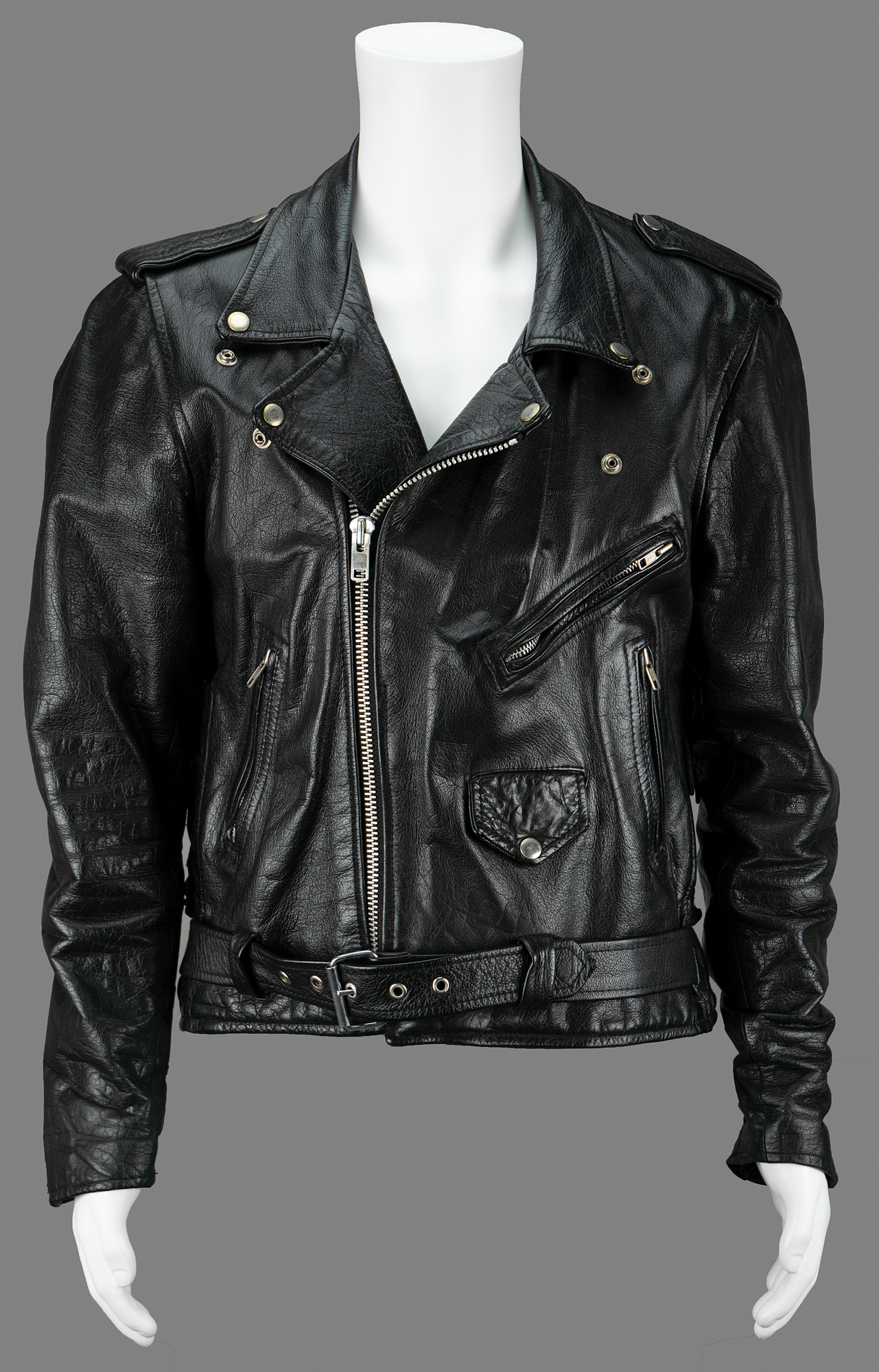 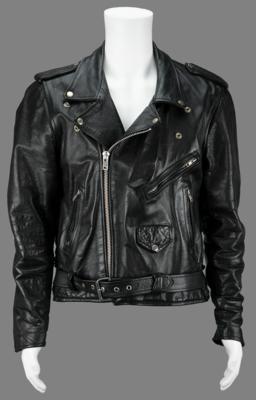 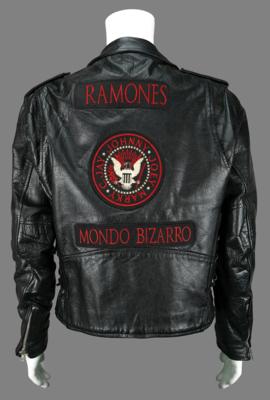 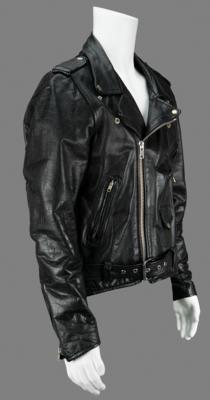 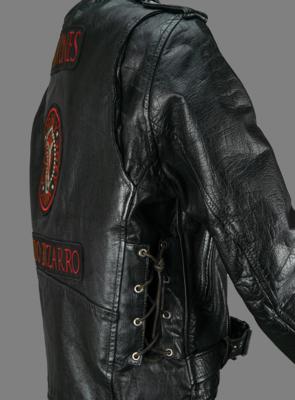 Black leather motorcycle jacket personally-owned and -worn by Daniel Rey. The jacket, no size, features snap down lapels, shoulder epaulets, zippered sleeve cuffs and side pockets, attached belt with rectangle buckle, and a small coin flap pocket. The back of the jacket bears three embroidered patches: two that read “RAMONES” and “MONDO BIZARRO,” and the third is a central Ramones ‘presidential seal’ logo. The inner collar tag is missing. In fine condition, with expected signs of use and wear.

The producer of earlier Ramones albums Halfway to Sanity and Brain Drain, Rey is credited with co-writing five songs for Mondo Bizarro— ‘Poison Heart,’ ‘Strength to Endure,’ ‘Main Man,’ ‘Tomorrow She Goes Away,’ and ‘Heidi Is a Headcase.’ Rey’s collaboration with the Ramones runs deep: he co-wrote the Too Tough to Die song ‘Daytime Dilemma (Dangers of Love),’ as well as the popular Ramones single ‘Pet Sematary,’ did the majority of guitar work on Joey Ramone's 2002 solo album Don't Worry About Me, and he produced the Ramones’ fourteenth and final studio album, ¡Adios Amigos!