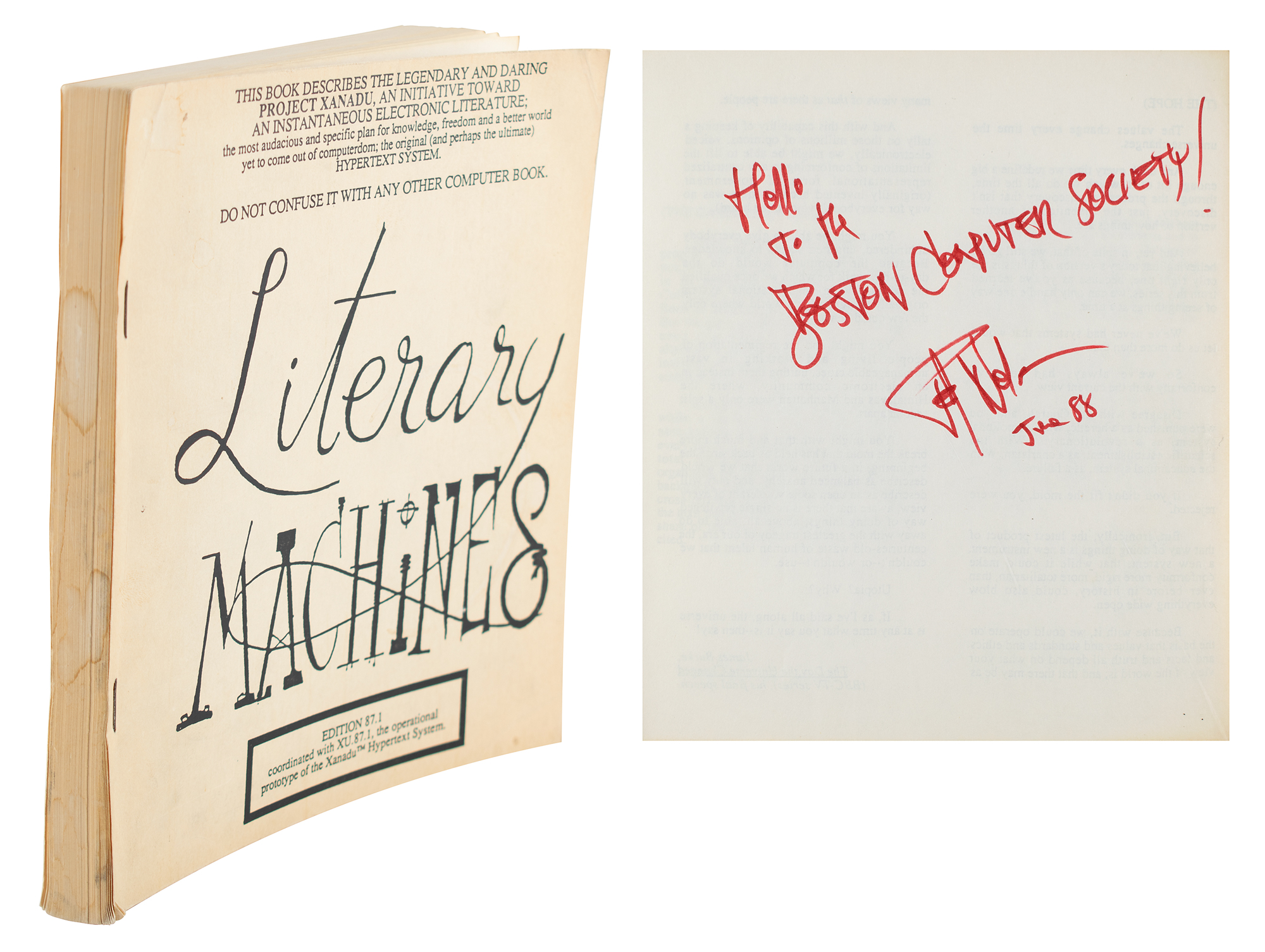 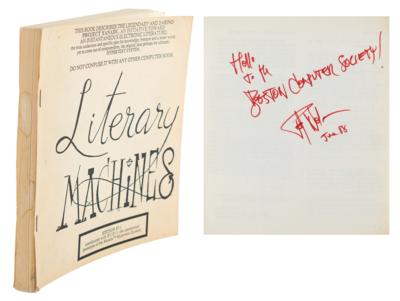 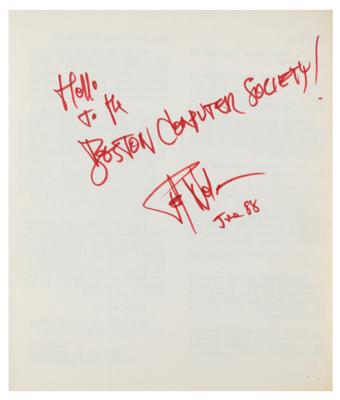 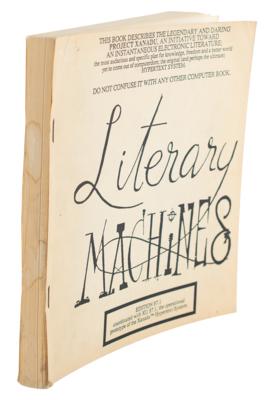 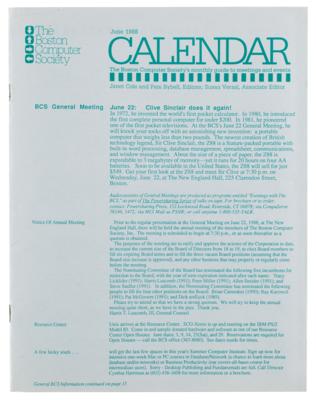 Scarce signed book: Literary Machines, Edition 87.1. Self-published, 1987. Staple-bound softcover, 7.75 x 8.5, 263 pages. Signed and inscribed on the first free end page in red felt tip, "Hello to the Boston Computer Society! Ted Nelson, June 88." In fine condition, with toning and light staining to the covers and spine edges. The consignor notes he obtained the signature in person as a leader of the Hypermedia Group at the Boston Computer Society in 1988. Literary Machines is Nelson's fleshed-out concept for a networked hypertext system. An actual software implementation was later attempted by Autodesk in the late 1980s and early 1990s, before the later and partly-competing concept of the World Wide Web gained traction. This Edition 87.1 is mid-timeframe, self-published; the editions spanned 1982-1993, with the last produced by Mindful Press/Eastgate Systems.

Accompanied by a letter of authenticity from the consignor, and by a contemporary calendar newsletter for the Boston Computer Society identifying the consignor's role. The letter notes: "I had a conversation with Mr. Nelson, telling him that I and others were helping promote hypertext use through several Boston Computer Society user groups specializing in hypermedia, Apple Macintosh, CD-ROMs, and other topics. I bought the book on my own initiative and with my funds, and had intended to circulate it among local BCS members, and hence I requested the greeting that Mr. Nelson wrote above his signature. But I first read the book myself, and not long after moved away from the Boston area. The book has been in my possession since."