Senator Kennedy and his plan on fighting organized crime and racketeering 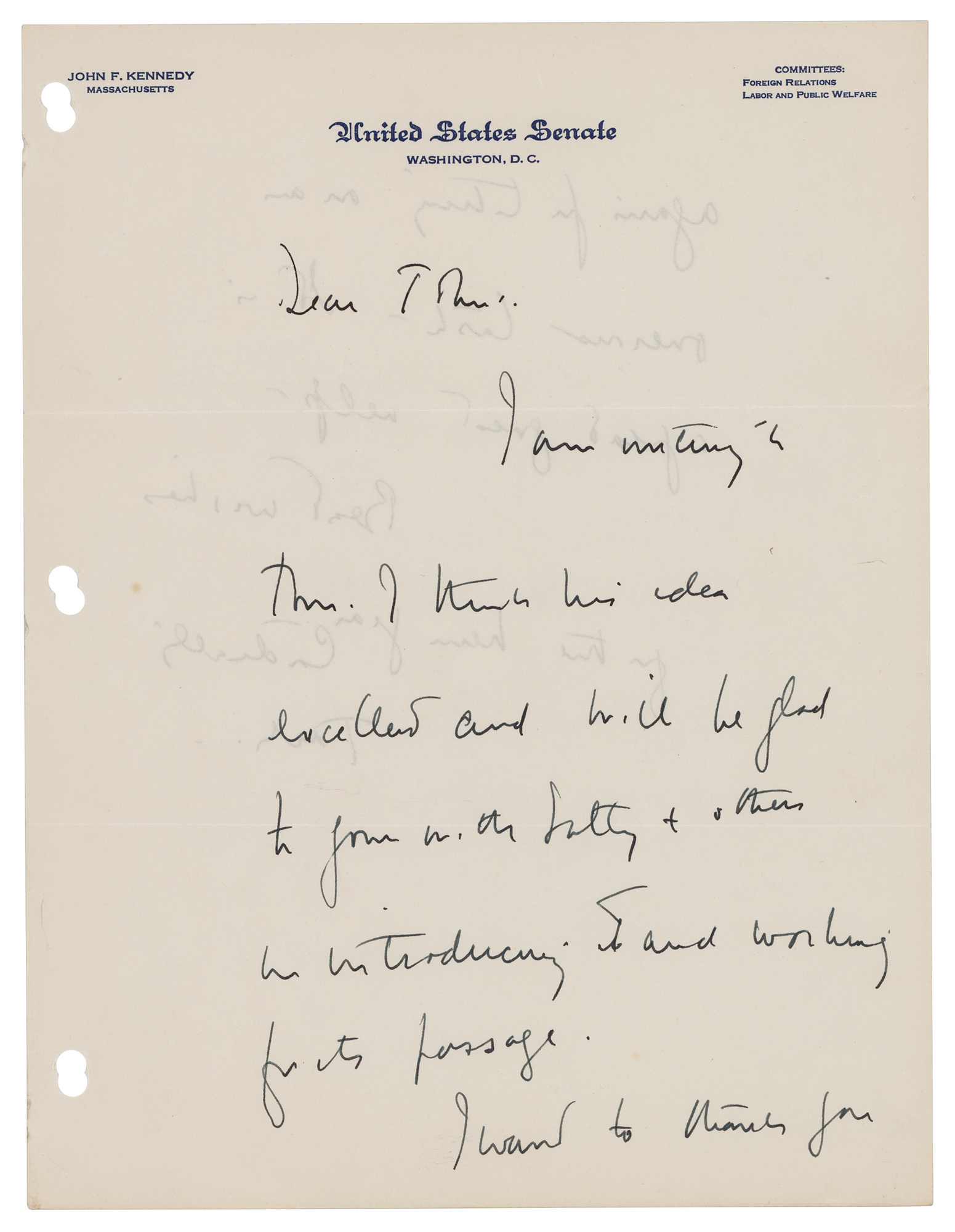 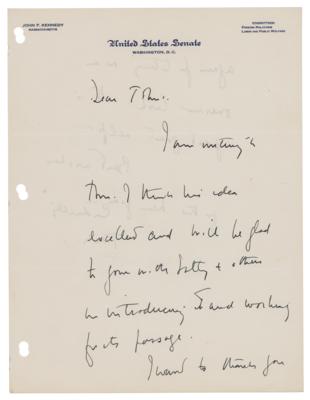 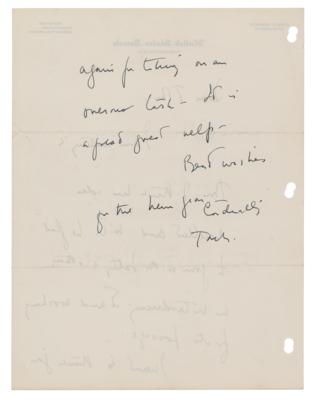 Senator Kennedy and his plan on fighting organized crime and racketeering

ALS signed “Jack,” one page both sides, 8 x 10.5, personal United States Senate letterhead, 1958/1959. Handwritten letter to Democratic majority leader of the Senate John McCormack, addressing a willingness and enthusiasm to introduce a bill they were working on with "Salty," Massachusetts Governor Leverett Saltonstall, in full: "I am writing to Tom. I think his idea excellent and will be glad to form with Salty + others in introducing it and working for its passage. I want to thank you again for taking on an onerous task—It is a great great help—Best wishes for the New Year." In fine condition, with punch holes to the left edge.

Earlier provenance from its prior sale at Sotheby's in 1986 (Lot 57), noted that 'According to the manuscript's owner, this letter was written during Kennedy's work on the 1959 Labor and Racketeering Act.' This incredible letter presages Kennedy's preparation for his senatorial speech on the urgent need for the Kennedy-Ervin Labor-Management Reform Bill, which was presented on January 20, 1959. Kennedy's efforts to thwart racketeering, corruption, and crime in the unions, while maintaining fair labor standards, was one of the many foundations of his political campaign—to the extent that some even believe it was the catalyst for his assassination once he became president. Both he and his brother Robert were passionate about neutralizing organized crime, but in the process they created enemies in the mob, in corrupted labor, in Castro's Cuba, and in the rogue wing of the American intelligence system.