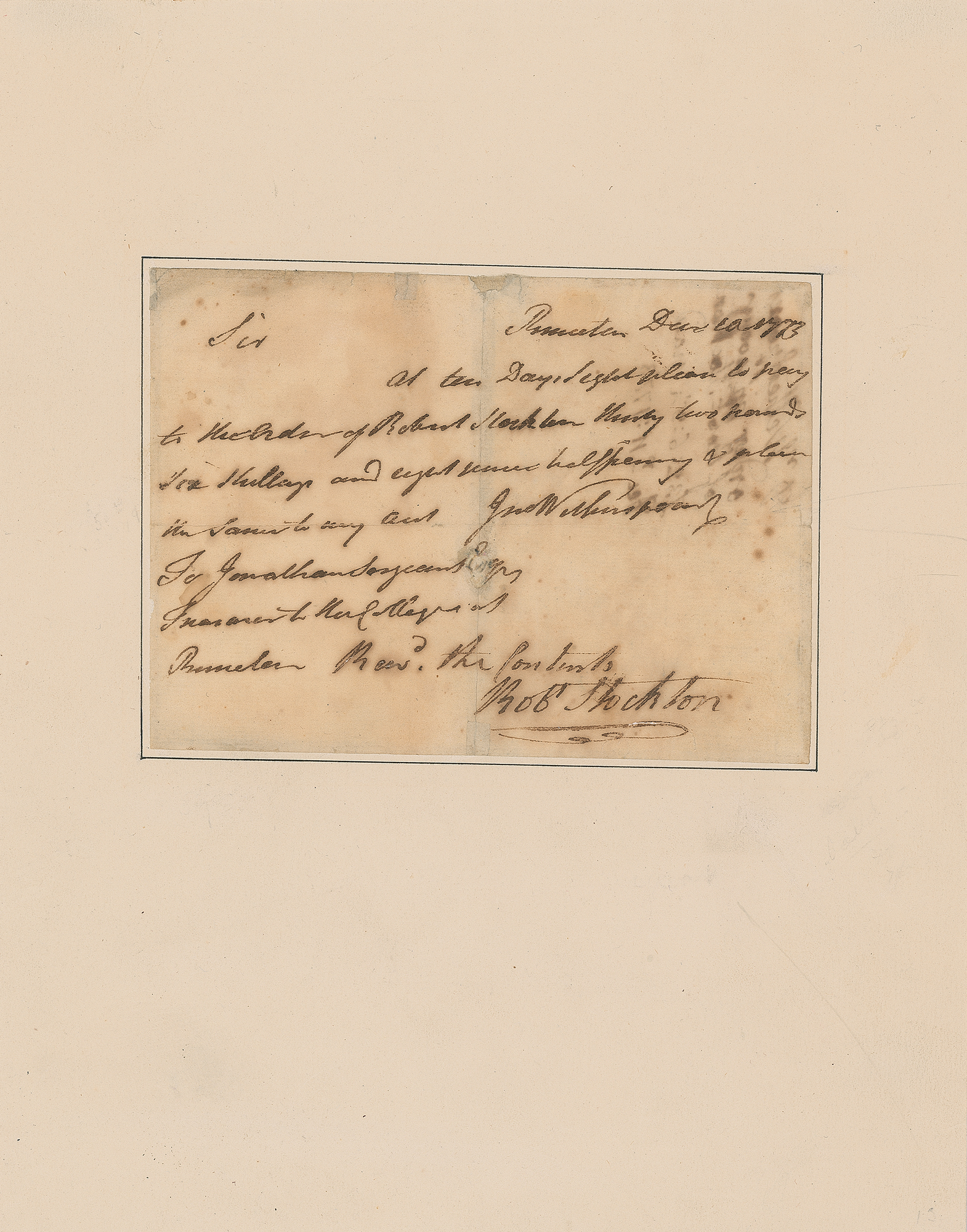 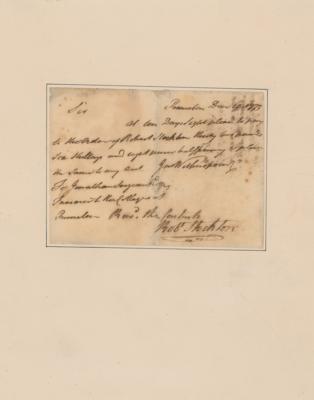 Rare manuscript DS, signed “Jno. Witherspoon,” one page, 5.5 x 4, December 10, 1773. John Witherspoon, who served as president of the College of New Jersey between 1768-1794, requests that university treasurer Jonathan Sergeant pay £32:8:8.5 to a recipient named Robert Stockton. In full: “At ten Days Sight please to pay to the order of Robert Stockton thirty two pounds Six Shillings and eight pence half penny + place the Same to my Acct.” Signed at the conclusion by Witherspoon, and countersigned by Robert Stockton (1730-1805), who was almost certainly the first cousin of Witherspoon's fellow Declaration signer, Richard Stockton. The document is professionally inlaid into an off-white 8 x 10.5 sheet. In very good to fine condition, with splitting to the horizontal fold, and the vertical fold repaired on the reverse.

In 1768, John Witherspoon, a Scottish-born Presbyterian minister, was invited to serve as president of what was to become Princeton University. Witherspoon's 26-year-long administration of the college is regarded as formative. For, even though the College of New Jersey enjoyed considerable prestige as being one of the oldest universities established in the American colonies, it had been founded with a narrow focus: as a training school for Presbyterian clergy. Witherspoon envisioned a secular and more academically rigorous student body. During his administration of the college, Witherspoon made entrance requirements more stringent, modeled the syllabus and curriculum on European universities, and expanded its library and access to basic teaching tools. His prodigious fundraising efforts also allowed rebuilding to take place after the university was damaged during the Battle of Princeton.

Robert Stockton, whose uncle John Stockton (1701-1758) had been an original land donor of the College of New Jersey, was a well-known Patriot in his own right; he served as a Quartermaster of the Continental Army during the Revolutionary War. His property at Constitution Hill served as General George Washington's headquarters during the Battle of Princeton, and local oral history maintains that this was also the site where the Constitution of New Jersey was drafted.