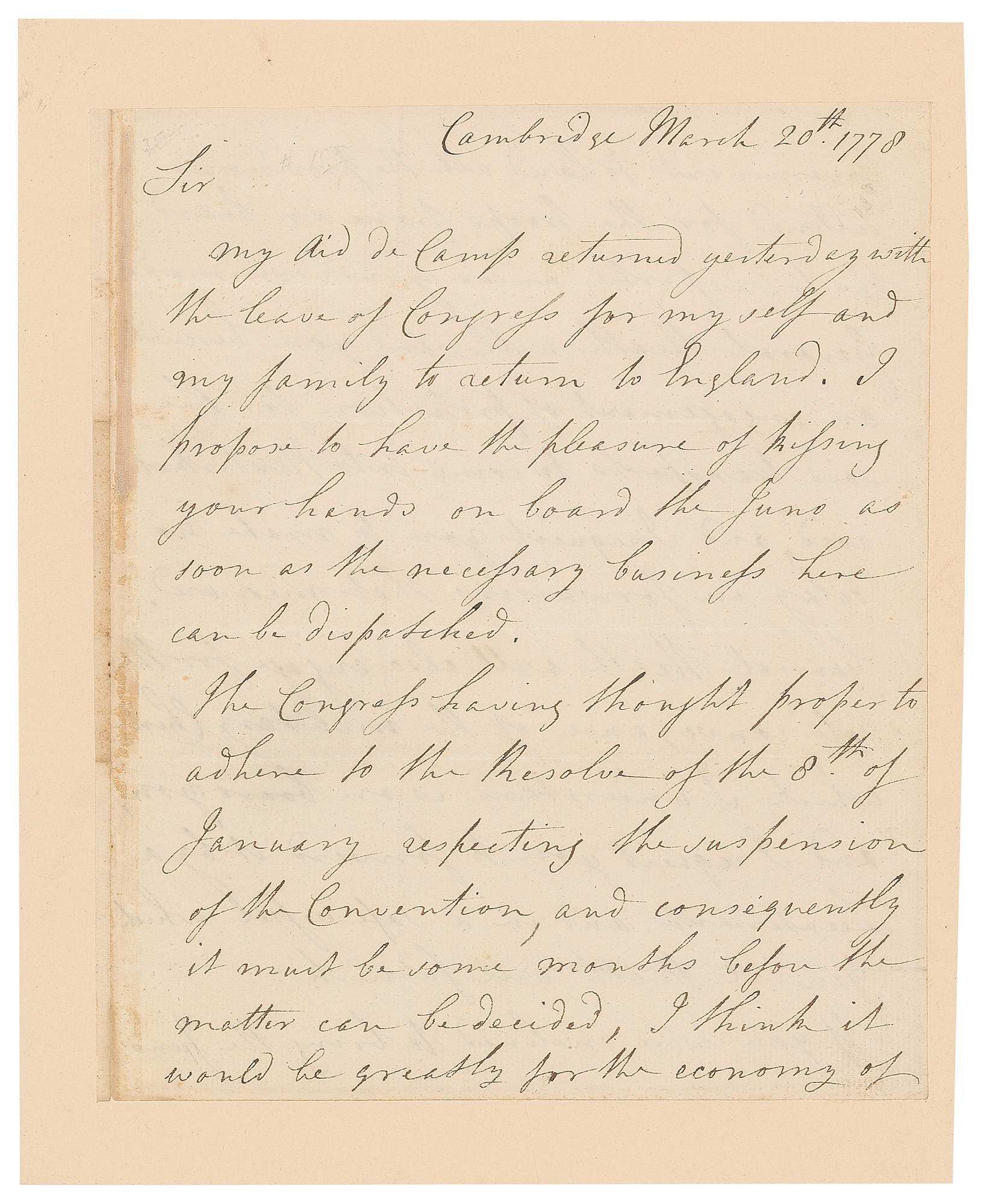 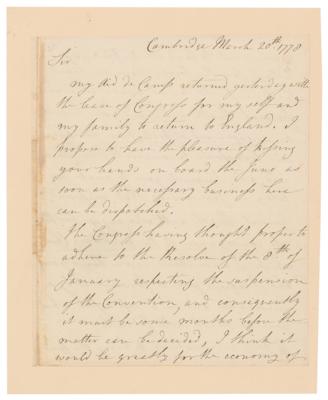 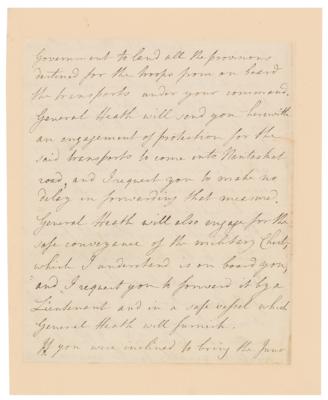 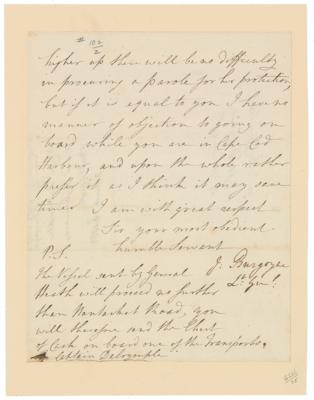 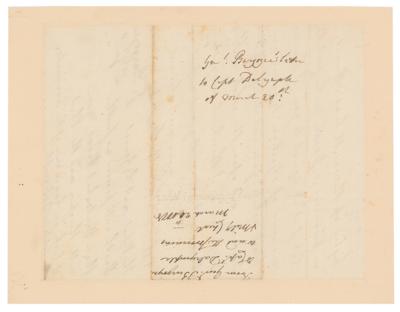 British army officer, politician, and dramatist (1722-1792) best known for his role in the American Revolution, where he surrendered his army of 5,000 men to American troops on October 17, 1777. Rare Revolutionary War-dated LS signed “J. Burgoyne Lt. Genl.,” 7.25 x 8.75, March 20, 1778. Letter to Captain Hew Dalrymple, commander of the frigate Juno. In full: "My Aid de Camp returned yesterday with the leave of Congress for my self and my family to return to England. I propose to have the pleasure of kissing your hands on board the Juno as soon as the necessary business here can be dispatched. The Congress having thought proper to adhere to the Resolve of the 8th of January respecting the suspension of the Convention, and consequently it must be some months before the matter can be decided. I think it would be greatly for the economy of Government to land all the provisions destined for the troops from on board the transports under your command. General Heath will send you herewith an engagement of protection for the said transports to come into Nantasket road, and I request you to make no delay in forwarding that measure. General Heath will also engage for the safe conveyance of the military Chest, which I understand is on board you[rs], and I request you to forward it by a Lieutenant and in a safe vessel which General Heath will furnish. If you were induced to bring the Juno, higher up there will be no difficulty in procuring a parole for her protection, but if it is equal to you I have no manner of objection to going on board while you are in Cape Cod Harbour, and upon the whole rather prefer it as I think it may save time." In a postscript he adds: “The vessel sent by General Heath will proceed no further than Nantasket Road, you will therefore send the Chest of Cash on board one of the Transports.” Professionally inlaid into slightly larger sheets. In fine condition, with toned mounting remnants to one edge of the first page. Burgoyne’s rare signature is very clear and bold.

When Burgoyne capitulated at Saratoga on October 17, 1777, he did not technically ‘surrender.’ Rather, General Horatio Gates agreed to a ‘convention,’ in which the British would lay down their arms but instead of remaining in America as prisoners, he and his army would be allowed to return to Europe on a parole guaranteeing they would never return to fight in the conflict. Burgoyne and his army marched under guard to Boston where they were to await transports to return them to Great Britain. This letter was sent prior to his return to England while he was detained in a large mansion in Cambridge, Massachusetts. Congress had finally arranged for Burgoyne’s return at the beginning of March, and he departed for England in mid-April. A highly desirable letter by Burgoyne as he makes arrangements for his humiliating return home after defeat.