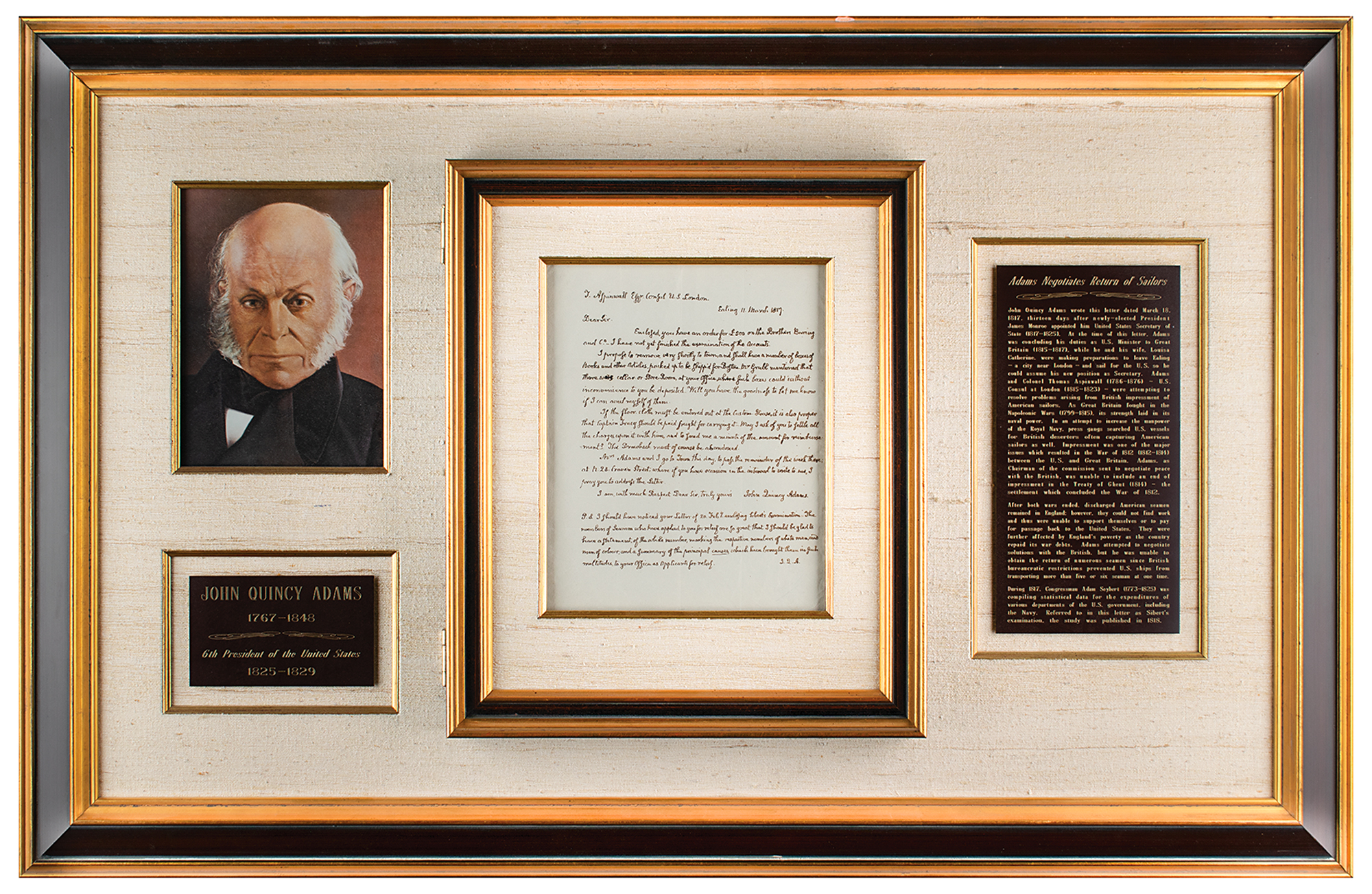 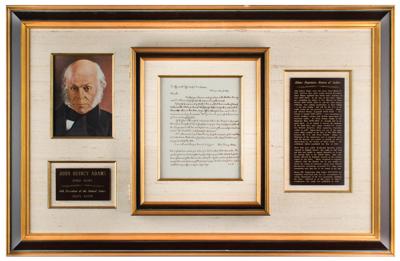 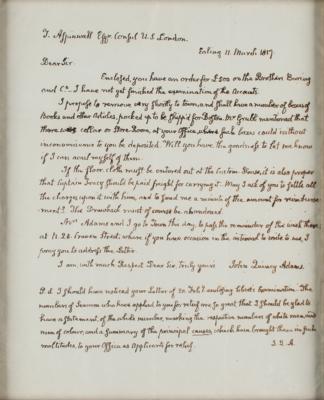 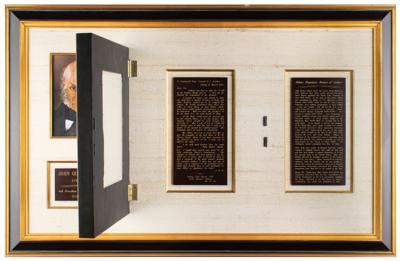 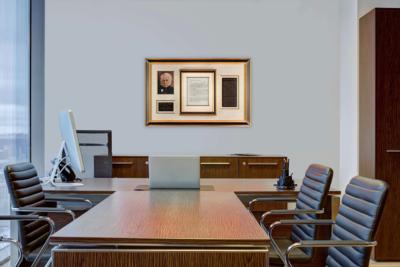 ALS, one page, 7.5 x 9.25, March 11, 1817. Handwritten letter to Colonel Thomas Aspinwall, US consul at London. In part: "I propose to remove very shortly to town, and shall have a number of boxes of Books and other Articles packed up to be shipp'd for Boston. Mr. Grubb mentioned that there was a cellar or Store Room at your Office, where such boxes could without inconvenience to you be deposited. Will you have the goodness to let me know if I can avail myself of them…Mrs. Adams and I go to Town this day to pass the remainder of the week there: at N. 28. Craven Street: where if you have occasion in the interval to write to me, I pray you to address the Letter." He adds a postscript, signed "J.Q.A.," in full: "I should have noticed your Letter of 20 Feb'y enclosing Sibert's Examination. The numbers of Seamen who have applied to you for relief are so great, that I should be glad to have a statement, of the whole number, marking the respective numbers of white men, and men of colour, and a summary of the principal causes, which have brought them in such multitudes, to your Office as Applicants for relief." Impressively cloth-matted and framed against a hinged display with a portrait, nameplate, and a plaque offering historical context to an overall size of 36.5 x 23.5; the letter's frame opens to reveal a plaque transcribing its text, and a window in the backing so that docketing can be viewed. In fine condition.

At the time of this letter, Adams was concluding his duties as US Minister to Great Britain and making preparations to sail back to the United States so that he could assume his new position as Secretary of State. While in England, he and Aspinwall were trying to resolve problems arising from British impressment of American sailors, one of the leading causes of the War of 1812. Adams, as chairman of the commission sent to negotiate peace with the British, was unable to include an end of impressment in the Treaty of Ghent, the settlement which concluded the War of 1812. Thus, in postwar years, many discharged American seamen remained in England, unable to find work to support themselves or pay for their return to the US. Adams attempted to negotiate solutions with the British, but often met bureaucratic roadblocks. Here, he makes some final inquiries as to the "principal causes" of these sailors' plights.